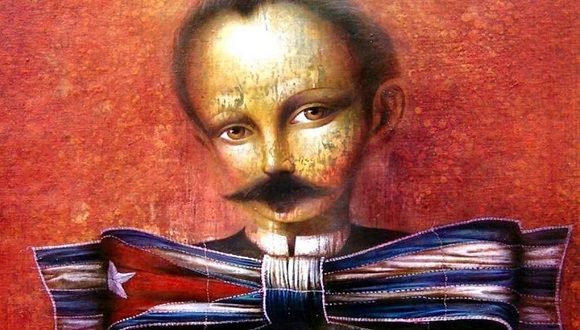 We are approaching January 28 and we have to talk about José Martí. He lived and died for a project of a country that did not yet exist in his time. But millions followed him, and fell in love with that project, because great historical projects, even if they are formulated by exceptional leaders, are viable only when they synthesize the aspirations of many human beings.

This is what he himself said in an article published in the newspaper Patria in April 1892: “What a group covets, falls. What a people wants, endures”.

And in that shared project, Cuban national consciousness was formed: it emerged from decades of war in the 19th century, in a population of just over a million inhabitants, occupied by tens of thousands of enemy soldiers. It made annexation to the United States impossible. It forced the repeal of the Platt Amendment. It resisted, in the first half of the 20th century, 60 years of American ideological and cultural pressure, and thereafter, another 60 years of economic warfare, military hostility and ideological subversion. And it faced the challenge derived from the disappearance of the European socialist camp. So what are we Cubans who have been the protagonists of all this?

Let’s start by saying what we “are not”. We are not a nationality united by common ethnic roots, nor by religious confessions: Here there is “an ajiaco” of everything, as Don Fernando Ortiz said. Nor are we defined by an exclusive language: we have the language used by the largest number of countries in the world. We are not a closed economic space: we have always had an open economy. We do have our own culture that makes us proud, but it is not a closed culture either, it shares roots with many other cultures from several continents.

So what is it that identifies and unites us? We are essentially a nationality with ethical roots, united around a special sensitivity for social justice. We are Cubans because we share a set of moral values and a project of human coexistence.

This is what Martí also wrote when he called for the necessary war in the Manifesto of Montecristi: “…when a warrior of independence falls on Cuban soil…he falls for the greater good of man (and) the confirmation of the moral republic in America…”

The 1959 revolution reinforced in Cubans that fusion between nationality and social justice, now synthesized in Fidel’s thought and in the concrete achievements of these last 60 years, which showed us in deeds what the people always knew: that social justice is possible.

Total literacy and schooling, free education and health for all, full-coverage social security, full employment, elimination of racial discrimination, equality and development of women, universalization of culture and university education, home ownership, scientific development; these are truths that must be said and repeated, because we are so accustomed to these achievements that sometimes we forget how advanced they are and how much they contradict the dominant ideology of today’s savage capitalism.

The permanent defense of national sovereignty has allowed us to build our own political, social and economic alternative. Revolutions do not crystallize and become irreversible immediately when they denounce the social preconditions that need to be changed, not even when they formulate noble ideas and strategic projections. Revolutions become lasting and creative when they succeed in building the alternative. In Cuba we did it.

National sovereignty is the safeguard of our project of society, of our own concepts of justice and human coexistence, as they have emerged from our own history. 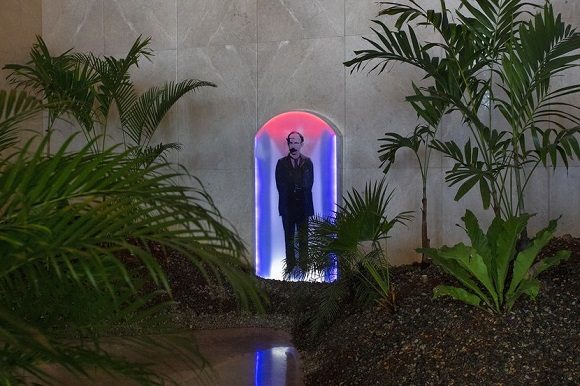 Martí’s project of the nation was born in opposition to the one that was simultaneously emerging in the United States, based on ambition and competition among people.

This is what he wrote in his “Notebook No. 1”: “Our life does not resemble theirs, nor should it in many points. American laws have given the North a high degree of prosperity and have also raised it to the highest degree of corruption. They have monetized it to make it prosperous. Prosperity at such a cost be damned!”

169 years have passed since Martí’s birth, but the essential battlefields of ideas are still there.

The ideas about how we want our lives to be are now synthesized in the Constitution of the Republic of Cuba. It was approved with 86.85% of the votes. There it is “what a people wants”, what Martí predicted is what endures.

Does it have enemies? Of course, it does. The “Cuba Project” always had them, here and abroad. In his time, Martí himself had to fight battles of ideas against autonomists and annexationists. But today those enemies are few, and they lack legitimacy before the people.

Cubans have all the right in the world to fight for “what a people wants” and to defend it from its enemies, both here and abroad.

Are there different opinions in Cuba on the concrete ways to conduct the “Cuba Project”? That is another matter. Of course, there are such opinions, and it is good that they exist. Discussing them will allow us to perfect the project, adjust it to the new times, and make its building more solid, but without ever damaging the foundations.

Human beings are moral entities, not only biological or economic, and we embrace collective projects, beyond individual projects. For those who stop thinking and acting (there are some) based on an idea of the future, the present collapses and empties of content. The truth is, although the usual cynics and skeptics do not understand it, that people fall in love with projects, even in the midst of the harsh realities of the present.

This is described in Article 1: “Cuba is a socialist state of law and social justice, democratic, independent and sovereign, organized with all and for the good of all as a unitary and indivisible republic, founded on the work, dignity, humanism and ethics of its citizens, for the enjoyment of freedom, equity, equality and individual and collective prosperity”.

On January 28, in a few days, it is time to evoke the founding ideas of our nationality and our project of society, and to reinforce the broad consensus we have on the need to defend them and make them endure.

We will return the following day to the discussions on what needs to be changed to achieve this.