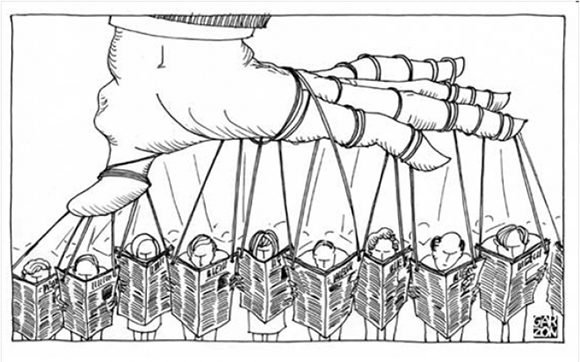 Violence, repression and summary trials… depending on where they occur

By Iroel Sanchez, Cuban engineer and journalist. He works at the Office for the Informatization of Cuban Society. Former President of the Cuban Book Institute. On twitter @iroelsanchez

“Since Monday, more than 1,100 people arrested for the riots have been on trial…”
(…)
“At the rate of about 10 detainees per hour, the judges cannot cope. According to one of the lawyers, between 11:30 a.m. Monday and noon today, a hundred youths had already filed through the courts. The influx is such that several police vans full of defendants are queuing up in front of the courts, which do not have enough space in the building’s dungeons.”

Contrary to what the believing reader of the international mainstream press might think, the above are not reports on the trials, intensely and very critically covered by Western media, of people involved in the riots that occurred in Cuba on July 11 and 12 last year. I have taken them from the coverage by the same press of the events in London and other British cities in August 2011.

The events of 2011 in Great Britain occurred on a Sunday and already on Monday the trials were taking place, but the media I have quoted (El País) did not call them “summary”, despite deciding on the accused at the rate of “ten detainees per hour”. Using as evidence the recordings of TV cameras installed in the streets and expressions on social networks, only six minutes were enough on average to convict.

The Western media then did not question the procedure and never used the word repression, but rather applauded the repressive action against those who receive nothing from a democracy and a justice system that excludes them.

None of the voices that, from the U.S. government and some international agencies, are now raised against Cuba for trying people accused of acting violently, protested when ten years ago the young people of London, hit by unemployment and exclusion, were prosecuted and sentenced at the pace of a sausage factory.

For its part, El Mundo. has collected some examples of young people involved in the protests taken from the British press, not to condemn that they were repressed, but to recommend “parental control over young people”, passing over the repression against those who called for the protest from networks such as Facebook and the use by the repressors of “rubber balls” (really rubber bullets), while qualifying as “alleged” the culpability of the police in the death that unleashed the riots, police that preempting the recommendations by Covid-19 only called bonhomously to “be at home”, nothing like a curfew. They call for parental control, but not a single parent of the defendants is interviewed, something the press can do when the trials take place across the ocean.

It is worth reading the whole dispatch because it is a real gem: how to describe repression without seeing it anywhere (the bold letters are from elmundo.es):

“The Metropolitan Police recommends not to leave home to the youngest and, through a local newspaper, has made “an appeal to parents and those responsible for young people to work together with the Police to ensure that the latter are not immersed in the kind of disorder that we have seen.”

“Riots sparked by the death of Mark Duggan, allegedly caused by local police, has landed an 11-year-old boy in jail, as Skynews reports, over the altercations in the capital.

“Strathclyde Police in Glasgow, Scotland, have arrested a 16-year-old boy for sending a Facebook message allegedly inciting disorderly conduct, reports the BBC. Police have said they will be keeping a close eye on social networking sites and will take what they call “decisive action” to prevent violence in the Strathclyde area by copycats.

“The person responsible for the link to ‘Let’s start a riot in Glasgow’, which is no longer available on the aforementioned social network, is due to appear in court tomorrow.

“In Folkestone, within the county of Kent where the prestigious University of Canterbury is located, two 18-year-olds have been arrested for spreading inflammatory messages via Facebook. In addition, a 16-year-old girl is being questioned in Glasgow for the same reason, reports the English newspaper BBC.

“Finally, police in Essex have arrested a 17-year-old boy after encouraging others via Facebook to gather in the county and take part in riots.

“Robbery, fire and police charges have also been seen in Manchester, where 70 to 80 youths have clashed with Police. In West Bromwich they are smashing windows. Meanwhile, in London, the 16,000 officers that Cameron has highlighted for the fourth day are getting ready. In the Islington neighborhood, the Islington gazette newspaper picks up a Police warning: “Be at home”.

“The reason, the rubber balls that will be taken out tonight against the youth mob. For this reason, in the same writing they recommend a parental control over young people, to keep them away from the street so that they are not immersed in the riots.”

But let’s talk about Cuba. Cuban press reports after July 11 listed one by one 44 stores assaulted and looted, which were not the only ones, information that none of those media objected to because it was useful for them to talk about the extent of the protests.

Images of several overturned police and civilian cars and Molotov cocktail throwing have also circulated profusely in the networks. Calculating in a very conservative way the number of people involved in some of these events, which undoubtedly can be described as violent anywhere in the world, there would be several hundred participants in them, but for the Western press all those tried in Cuba for these events are peaceful demonstrators (!).