Home What are vaccines?

Vaccines and Sovereignty (II):
What are Vaccines?

This is the second in a series of articles. 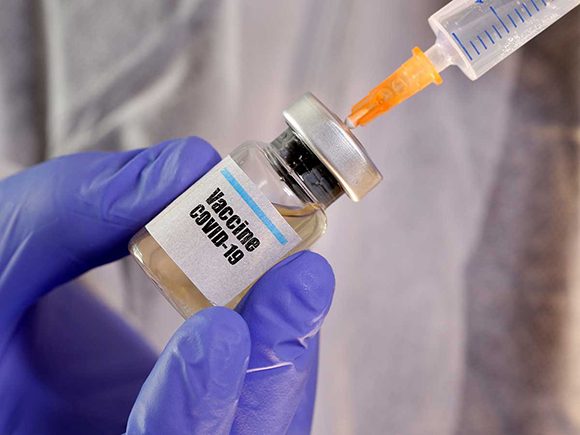 Seventy coronavirus vaccines are in development worldwide, and three are already being tested in human trials, the World Health Organization said. Photo: iStock

The molecules of an invading biological entity that are identified and are accessible to the human immune system are often referred to as “antigens”. They are usually expressed in the outermost parts of the nanoscopic carrier and are a necessary part of its composition. They are the same when found in a virus, in a fungus, in a bacterium, or in the cells of an organ from another being transplanted into our body.

An important characteristic of the infection and self-healing process is that when an individual overcomes a disease by the action of the immune system, it usually remains prepared to defeat it in future reinfections of the same type. The system “remembers” the intruder antigen and thus we are prepared to reject its carriers again. It is a biological fabric very refined by natural selection through many generations and species.

By realizing this, and using scientific reasoning, human beings try to use this defense “memory” to ensure that people do not get sick with an infection, even if they have never suffered from the disease. It is about “teaching” the immune system of each individual to activate and destroy any morbid invasion once its antigens are detected. The challenge is great, because to invade the body with antigens from a certain infection without making the person sick requires wise processing.

The result is known as a “vaccine.” Its name is due to the fact that the first formulations were cultivated in cows. It is always a chemical-biological preparation of antigens to achieve active acquired immunity against a particular infectious disease. The first vaccines contained the organisms that caused the disease from weakened or dead forms of themselves. It was not known then that what the immune system recognized was only its antigens. These preparations thus “taught” the human body to “shoot” the actions that would destroy the invader. Vaccines can be prophylactic when they prevent and prevent the effects of future infection, as it is desired that COVID-19 be, or therapeutic when they are used to fight a disease that has already invaded the body, such as cancer.

Most likely, the first disease to be prevented by inoculation was smallpox. It seems that the first recorded use of it occurred in the 16th century in China. The scientific and reproducible vaccine against smallpox was invented and duly reported in the specialized literature in 1796 by the English physician Edward Jenner. Smallpox was a contagious and deadly disease, and it is said to kill up to 60% of infected adults and 80% of children.

Tomas Romay y Chacón was a physician and scientist born in Havana in 1764. Having begun by studying law he switched to medicine and in 1791 at the age of 27 was 33rd medical graduate in Cuba. He became a professor at our University of Havana and co-founder of the Royal Patriotic Society of Havana, today the Economic Society of Friends of the Country. As early as 1804, just 8 years after the appearance of the vaccine in Europe, Romay implemented smallpox vaccination on our island with preparations made “in situ” with the support of the Patriotic Society. In this way, he used the local science instead of waiting for delayed arrival of the vaccine from the Metropolis. He and his collaborators followed the procedures published and described by Jenner and manufactured the first Cuban vaccine, the smallpox vaccine. A marvelous success of a nascent, Creole, nation’s innovation and wisdom.

Time passed and scientific research led to the knowledge that the key to vaccines were the antigens and not the entire infectious entities.

Vaccines have been produced in Cuba for many decades. Two of them at least have been both original and exclusive. In 1987 Drs. Concepción Campa and Gustavo Sierra led a scientific group at the Finlay Vaccine Institute to obtain a vaccine that at that time was the first of its kind in the world. This vaccine was and still is very effective against a bacterium that attacks the meninges in the brain and nervous system, called group B and C meningococcus. This type of meningitis is particularly deadly in children. Cuban science at the University of Havana produced in 2004 the world’s first efficient commercial vaccine based on an antigen manufactured in the laboratory, that is, “synthetic”.  Prof. Vicente Vérez, a scientist who has dedicated his life to the chemistry of sugars, his wife Dr. Violeta Fernández (who died very young) and their collaborators were the authors of this second great feat. Thanks to the work of these scientific groups, many Cuban children and children in many parts of the world are alive and active today as adults.

Vaccines don’t just contain antigens. The immune system is not equally effective in all people and at all ages. Certain antigens are more activating than others because they are more easily recognized and “trigger” the work of the entire system that feels invaded. Vaccines are made more effective with so-called “adjuvants” (helpers) which, when given together with the appropriate antigens, cause many people’s immune systems to wake up more quickly and efficiently.

New types of vaccines have recently appeared that do not contain antigens directly but rather RNA that allows our cells to synthesize them “in situ”, recognize them and learn to fight them. While the vaccines that contain only antigens without the need to supply the infectious agent are efficient and safe, these others are as well and furthermore allow for mutations of the virus to be taken into account with much greater facility and so ensure the utility of the vaccines over time.

It can be said that vaccines are pieces of biological technology that represent a lifeline for many human beings. Without them we would be at the mercy of Darwinian natural selection and an epidemic would be survived only by the few who could overcome it thanks to some singularity of their organism. This was the case before science intervened by inventing vaccines. The cost was immense in precious lives ending early. It could also be said that without vaccines some type of infection could come along that might lead to the extinction of homo sapiens as a living species, which has happened many times before with other species in the beautiful and harsh history of life on this planet.

And what will the current vaccines against COVID and very particularly the SOBERANAS, MAMBISA and ABDALA be like? How do you prove that they serve what they have been designed for?

Luis Alberto Cabrera Montero holds a Doctorate Chemical Sciences. He is a Senior Researcher and Full Professor at the University of Havana. He is President of the Scientific Advisory Council of the University of Havana and is a Merit Member and Coordinator of Natural and Exact Sciences of the Academy of Sciences of Cuba.  For a full biography, see http://www.academiaciencias.cu/en/node/674

1 year ago CubaDebateCovid-19, vaccines0
The virus and the immune systemThe Antigen of Cuban Vaccines