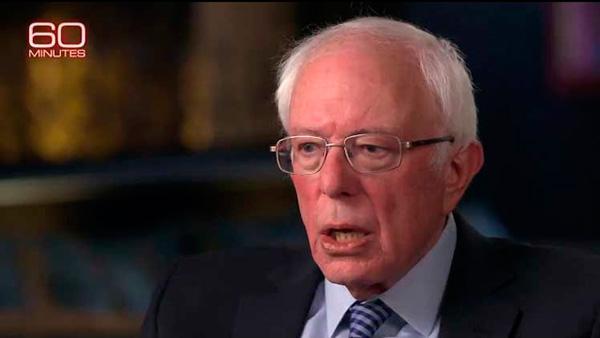 U.S. Senator Bernie Sanders, now one of the strongest Democratic Party candidates for the November presidential election, recognized Cuba’s role in sending doctors around the world.

“It would be a mistake not to declare in Cuba that they have made some good progress in health care,” the 78-year-old politician admitted in an interview with CBS’ 60 Minutes program broadcast Sunday.

“They are sending doctors all over the world. They’ve made some progress in education,” said the Vermont senator who is running against Republican Donald Trump for the Nov. 3 presidential election.

As it turns out, presenter Anderson Cooper asked the current Blue Force nominee to explain his comments in 1985, when he praised some of the social programs implemented by the historic leader of the Cuban Revolution, Fidel Castro.

According to a video clip from more than 30 years ago, the senator said at the time that Fidel Castro “educated the children, gave them medical care, totally transformed society.

Although he made it clear that his “socialism” is not that of Venezuela or Cuba and stressed that the kind of society he believes in is the kind that exists for him in countries like Denmark, Finland and Sweden, the legislator said it is “unfair to simply say that everything is wrong” on the island.

“When Fidel Castro took office, do you know what he did? He had a massive literacy program,” Sanders emphasized, referring to the cultural revolution that in just one year (in 1961) made it possible to eradicate illiteracy and provide universal access to the various levels of education free of charge in the Caribbean country.

On October 17, 1962, during the inauguration of the Victoria de Girón Institute of Basic and Pre-clinical Sciences in the Cuban capital, Fidel Castro announced the government’s decision to provide aid in the field of health and said that 50 doctors would be sent to Algeria.

“Today we can only send 50, but in eight or 10 years, who knows how many, and we will be helping our brothers,” the Cuban leader warned at the time.

Almost six decades later, more than 400,000 health workers from the Greater Antilles have carried out missions in some 164 countries, while with the same disinterest 35,613 health professionals from 138 nations have been trained on the island free of charge.

As expected, his comments provoked the anger of the most extremist sector of Cuban Americans in South Florida, who oppose any rapprochement with the Caribbean island.

In 2016, Sanders defended diplomatic relations with Cuba, which he said “will result in significant improvements in the lives of Cubans and help the United States.’

In addition, he has reiterated his position regarding the elimination of the blockade that both Republican and Democratic administrations have maintained for nearly six decades.

But watch out, warn observers, his praise must be viewed with caution, despite the fact that it differs from Trump.

By the way, during the televised program, Sanders, who describes himself as a democratic socialist, promised that if he becomes president he hopes to use the “federal government to protect the interests of working families.”

In early February, in his State of the Union address, the occupant of the Oval Office attacked Medicare for All, one of Sanders’ main proposals.

For the Republican, this health plan seeks to destroy American health care.

Recent polls show that Sanders continues to be unstoppable, winning comfortably in Nevada’s Democratic caucuses on Saturday, and increasing his support among Latino voters, second only to former Vice President Joseph Biden.

Another novelty introduced by the campaign of Democratic Party presidential candidate Bernie Sanders in his bid to win voters for his candidacy is the complaint made about the sad role of candidates and the media interested in sharpening antagonisms between candidates based on purely personal or trivial matters instead of focusing on the real issues of the country.

In a speech he gave in Santa Barbara, California recently, Sanders called on the media to be objective when reporting on his campaign.

“I have a problem with the New York Times, because, from the first day, it has been trying to ignore my campaign and has been very negative toward it.”

“I think we should establish a tax on coal and aggressively address the problems of climate change, which is not her position. Those are some of the issues for which I am campaigning …”

Sanders has argued that for the Democrats to win against Trump in November, “they would have to meet the needs of workers, confront Wall Street, confront greedy US corporations, and then also face the communications media.”

Pressed by a reporter for an opinion on the FBI investigation of Hillary Clinton’s email practices when she was Secretary of State, Sanders said that Americans are tired of such issues in the political debate.

“I think the media and candidates need to talk about the reasons that cause the decline of the middle class, and about why we have such high levels of income and wealth inequality.”

Certainly, in California, Sanders addressed very tangible issues such as the rights of agricultural workers, of President Obama’s deportation policy which divides immigrant families, the drought that has lasted for years, and other local issues such as the  poisoned groundwater that causes asthma and birth malformations.

As reported by CNN, Sanders was introduced to a crowd in Bakersfield by the son of the popular Chicano farmworkers labor leader Cesar Chavez, who said that, if his father were alive, he would be a follower of Sanders. Right away, other supposed or real relatives of Cesar Chavez appeared to deny this, but Sanders’ campaign did not pay attention to this kind of problem.

Sanders told his supporters in the Central Valley community that there was still much to be done to help agricultural migrant workers. He said he had “no doubt that, just as here in the valley, agricultural workers are exploited throughout the country”.

Jeff Weaver, Sanders’ campaign manager, told The [UK] Guardian, one day before the California primary, that he was convinced that the possibilities for the Vermont senator were remarkable, because he had demonstrated his capacity to mobilize the masses in these big events just by his presence, as he did with his surprising victory in the Michigan primary when the polls had placed him ten points behind.

What everyone overlooks is that, although Secretary Clinton obviously has accumulated a substantial advantage, there is an incredible source of support for the senator which has not yet come to light in the process. Senator Sanders’ type of intensive campaign has actually moved many voters, said Weaver.

Even if it does not achieve the ultimate goal of winning the Democratic nomination to the White House for Sanders, his successful and surprising campaign has cast doubt on many myths and taboos about the political thinking of ordinary Americans. In reality, they are products of circumstantial situations that have opened spaces to fascism in the United States and have left deplorable footprints in the history of that great nation.

The Surprising Candidacy of Bernie Sanders

The Surprising Candidacy of Bernie Sanders

The electoral race that is just beginning in the United States will go down in the history of that nation as a unique scenario of extreme candidacies within the restricted political parameters characterizing these processes in the country that proclaims itself the champion of democracy on the planet.

The first to raise the alarm when presenting his entry for nomination was the Republican Party billionaire Donald Trump, with an impressive spontaneous support from the ranks of that party to a sort of fascistic program defended with semi-populist tricks.

In the first months of campaigning, Trump left behind the most prominent figures among the Republican Party candidates, including former Florida governor Jeb Bush –son and brother of presidents of the United States– and several senators, governors and outstanding figures in politics and finance.

Only the Donald Trump phenomenon, and the evidence of the serious dangers a presidency of such a disturbing character could bring to the United States (whose ascent is considered possible considering the election to the White House of other no less fearsome “great men” namely Richard Nixon, Ronald Reagan and George W. Bush, Jr.) have been able to conceal the significance of the rise of the possibilities of Democratic candidate Bernie Sanders.

Having emerged from the slums of New York’s Brooklyn, Bernie Sanders has come to offer US citizens nothing less than an invitation to join him in a political revolution that would restrain the billionaire class which possesses all the wealth.

Sanders suddenly became the sole US politician advocating a real change in national and foreign policies since the Cold War and, using an unusual language, despite being a veteran politician 74 years of age –the oldest of all pre-candidates– has become the voice of the youth in this election.

The fact that the political discourse of an old man appeals so strongly to young people confirms that it is not the form of his message but, definitely, its content. Sanders proposes nothing less than to end nearly four decades of neo-liberal policies implemented by both parties within the country that leads capitalism in the world.

He promises a change in the relationship between his country and Puerto Rico and all of Latin America. This means ending all forms of interference in the internal affairs of its neighbors. As well, he’s for ending support to dictatorships which caused the many disappearances and torture of fighters for change that reached a peak during Operation Condor . In the 1970s and 1980s, this program carried out actions with the leaders of dictatorial regimes in Chile, Argentina, Brazil, Paraguay, Uruguay, Bolivia, Peru, Colombia, Venezuela, Ecuador with overall US coordination.

Particularly interesting is the fact that the surprising support to a US political shift to the left, this time comes not only from young students, immigrants and workers outside the “establishment” –as in the 1960 and at other times in the history of the nation– but is strong in other age groups of citizens fully inserted in the “establishment”.

Sanders condemns the greed of Wall Street, the corruption of the electoral and political systems, and the theft of the future young people and workers in the U.S.

His message has awakened memories of glorious struggles for equality, civil rights, labor and immigrants rights.

Sanders has been ignored or attacked by the corporate media, by experts and by the leadership of his own party, but almost always has managed to stun the  great corporate media and the opponents who have predicted his debacle, remaining as a real option since he launched his campaign last year until now.

For those who know that the average US American has little political awareness. This is a result of the intense pressure exercised by the “establishment” in this area, and so it will come as an extraordinary surprise that, with a platform like that offered by Bernie Sanders, an aspiring figure as a candidate for the White House, he could reach beyond the first internal debates of the party that sponsors him in a country so dominated by Wall Street and the military complex.

It is surprising that, within a population that until so recently feared the word socialism, support for Sanders has reached so high.