Home Ukraine: the war that must end

Ukraine: the war that must end

Ukraine: the war that must end

It is not a matter of mere assessments to blame the U.S. Government for what is currently happening in Ukraine, but there are statements that very lightly limit themselves to “it was Russia who attacked Ukraine”. 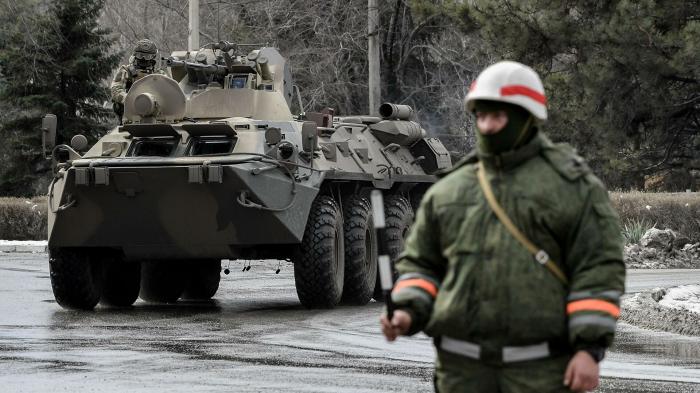 These are not mere assessments to blame the US government for what is currently happening in Ukraine, but there are statements that very lightly limit themselves to “it was Russia who attacked Ukraine”.

It is necessary to go to safe sources, committed to peace, and go back to the history of U.S. wars, aggressions, bombings and other actions in the international arena.

Zhao Lijian, spokesperson for the Chinese Foreign Ministry, warned: “We must never forget who is the real threat to the world”. And he explained: “of the 248 armed conflicts that took place between 1945 and 2001 in 153 regions of the world, 201 were initiated by the US, accounting for 81% of the total”.

I don’t think anyone can be in any doubt as to who is really responsible for what is happening in Ukraine today. Washington’s destabilizing attempts to impose its hegemony are directed towards Russia.

Now, this justification –in the current case– has the ingredient that the Yankee power itself has made the European Union as an entity, as well as several of its main leaders, into spokespersons in favor of what the empire says and does.

What sense does it make for a continent -the European continent-, fiercely punished by two world wars that left millions of its children dead, wounded and mutilated, and entire cities destroyed, to ally itself again with those who were the first and only ones in the world to use the nuclear bomb, or who more recently and without consulting anyone, bombed Yugoslavia, a nation of that region?

Why not devote all the political forces in Europe to demanding withdrawal of all U.S. nuclear weapons, or the dozens of military bases installed on its territory and its hundreds of thousands of soldiers?

What other country in the world has an endorsement as questioned as that of the United States? What other power has hundreds of military bases scattered around the globe?

There was not supposed to be war in Ukraine, but unfortunately, there is. Therefore, all the strength and resources of the world should be directed to bringing the confrontation to an end as soon as possible. Let no more Ukrainians, Russians or other nationalities continue to die. Let only Russia and Ukraine seek the best way to live as neighbors: in peace and mutual respect.

A neutral Ukraine, where all its inhabitants, whether Russians or Ukrainians, live together in harmony and tranquility, united in the common desire to build an inclusive and prosperous country.

But militarizing Ukraine or encouraging it to join NATO is, above all, an historical irresponsibility with unpredictable consequences.

In this regard, the Russian Foreign Ministry has pointed out that financing Ukraine and supporting it militarily goes against the principles and agreements signed by the European Union.

It lists, among others, the fact that Kyiv ignores its obligations under the Minsk agreements, endorsed by UN Security Council Resolution 2202. Also the violation of human rights, with the use of weapons provided by the West for the ongoing repression in Donbas.

Russia warns about the risks of an escalation of the conflict due to the delivery of more weapons, which, in addition, threatens regional security and stability. It also points out the danger of deliveries of these war devices falling into the wrong hands, including those of terrorist organizations, given the uncontrolled distribution to the Ukrainian population.

Finally, Russia recalls that Ukraine’s economy is suffering as a result of the armed conflict.