Home How to Achieve Peace in Ukraine

How to Achieve Peace in Ukraine

How to achieve Peace in Ukraine 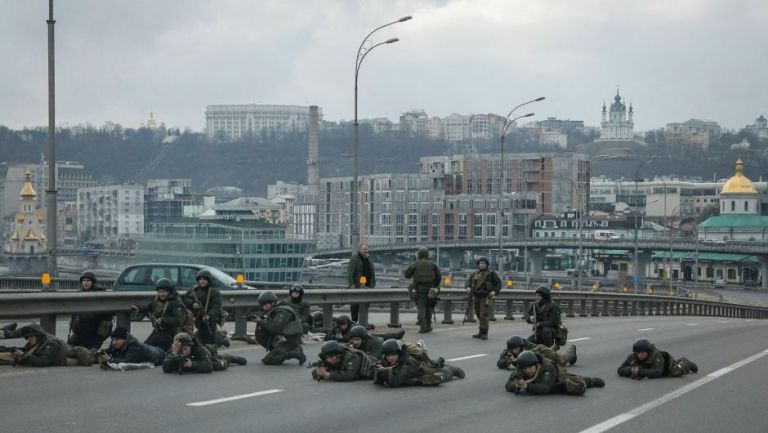 We can learn from history and thus avoid repeating past mistakes by seeking to replicate the successes only.

The crisis between Russia and Ukraine that has led to an open war between these neighboring countries, with the invasion of the territory of the latter by the former, leading to a very serious situation that could lead to a disastrous nuclear catastrophe for all mankind.

How was the so-called “October Crisis”, which almost led to a nuclear holocaust between the United States and the now defunct Soviet Union, resolved in 1962?

Diplomacy and not arms resolved the dangerous conflict that almost turned the “Cold War” into a “Hot War” that would have turned the world into a planetary cemetery at that time.

Cuba, already harassed by the United States since the triumph of its Revolution, was threatened by the “Colossus of the North” with invasion of its territory in Imperial response to the courageous attitude of the small Caribbean island that dared to defend its independence and sovereignty at whatever price was necessary.

It was then that another world power, the Soviet Union, rival of the United States in the so-called “Cold War”, in an attitude of solidarity and with the acquiescence of the revolutionary government, installed rocket batteries with atomic capacity on Cuban soil in order to respond militarily to the United States, in the event of an American invasion of the rebellious Cuba.

The world was on the brink of atomic war. But dialogue and diplomacy prevailed. An exchange of messages and letters ensued between Soviet Premier Nikita Khrushchev   and U.S. President John F. Kennedy, a dialogue that led to an honorable agreement between the conflicting parties .

The Soviets would withdraw the rockets which, according to Kennedy, because they were only a few miles from U.S. territory, threatened the security of his country. A solid and convincing argument.

In addition, Cuba would not be part of the so-called “Warsaw Pact”, a military alliance of the communist nations of Europe, equivalent to NATO, which unites militarily the United States with the nations of Western Europe.

In reciprocity, the United States would withdraw the atomic rockets they had in Turkey, which, because of their proximity to the territory of the Soviet Union, threatened the security of that nation. A solid argument that also convinces.

And most importantly. The United States accepted the commitment not to attack Cuba militarily. No invasion.

The so-called “Kennedy-Khrushchev Pact” saved the world from a nuclear holocaust.

In the current political-military crisis between Russia and Ukraine, the parties in conflict should seek a compromise to resolve their differences diplomatically, as was done during the October Crisis of 1962.

The Russians withdraw from Ukrainian territory and undertake not to invade neighboring Ukraine in the future. For its part, Ukraine renounces to be part of NATO and commits itself that in its territory, so close to Russia, atomic weapons that threaten Russian security will never be deployed. A solid argument that convinces.

This time Putin is in the role of Kennedy and Biden in that of Nikita Khrushchev.

I believe that Putin understands and would accept this commitment to world peace.

Will President Biden understand it as President Kennedy understood it then?

To be or not to be. That is the question!