They received a formal written response from the U.S. Treasury Department, which considers their activity “within the scope of permitted transactions”. 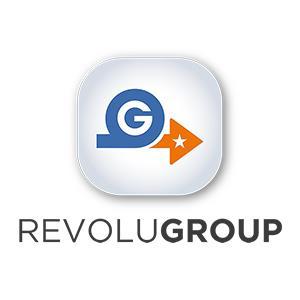 RevoluGROUP Canada Inc. announced that it has begun sending remittances to Cuba, although it has taken special precautions with respect to the United States and ” the complexities surrounding this specific market.”

According to the company’s website, in November 2021 they communicated with the U.S. Treasury Department explaining the uniqueness of their remittance mechanism and received a formal written response on December 1, 2021, that considers their activity “within the scope of permitted transactions.”

They further detail that the possibility of sending remittances to Cuba is already available through RevoluSEND and partners including coordinations from the RevoluGROUP USA Inc. subsidiary based in Miami, FL.

Cuban Deputy Foreign Minister Carlos F. de Cossio noted on his Twitter account, “So the U.S. banned remittances via Western Union to Cuba, which charged about $5 per 100 sent, to apparently authorize formulas that charge the sender up to $30 per 100.”

As part of the information to validate the Cuban market, RevoluGROUP Canada Inc. indicates that Cubans in the United States comprise nearly 2.7 million people who were born in Cuba or are descendants, according to U.S. Census Bureau tabulations.

They do not ignore, as part of their statement, that Western Union’s service – which previously handled about 30% of the market – was suspended in November 2020 and that, as a consequence of US policy towards the island, it is no longer possible to send remittances to Cuba with the main US providers.

What it does not say is that the official and safest ways for sending remittances from the United States by those who cannot travel frequently to Cuba to support their loved ones with money or do not wish to use third parties to help their relatives have been closed.

In the midst of the crisis aggravated by COVID-19 and the tightened blockade itself, the United States directly affected the Cuban family first, in 2019, when the U.S. administration set a quarterly limit on remittances of one thousand dollars per beneficiary; and then in 2020 when Western Union suspended operations to Cuba from 42 countries.

In June of that year, the U.S. added Fincimex to the State Department’s list of Restricted Cuban Entities; and finally, at the end of 2020, they suspended remittances from the U.S. to Cuba through institutional financial channels.

9 months ago Granma, TranslationsRemittances, Western Union0
Ukraine: the war that must endChernobyl in our memory