Home Ukraine and the spark of Donbass

Ukraine and the spark of Donbass

Ukraine and the spark of Donbass

In a tweet, the member of the Political Bureau and Cuban Foreign Minister, Bruno Rodríguez Parrilla, wrote: “We strongly reject the propagandistic and communicational hysteria unleashed by the U.S. government against Russia and we firmly oppose the expansion of NATO to the borders of that brother country”. 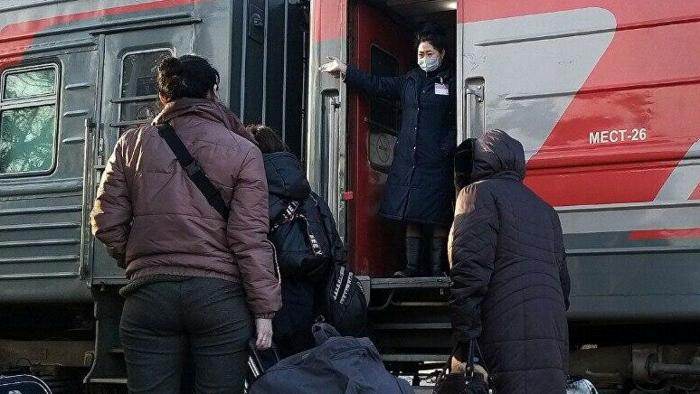 Russia estimates that more than 40 000 refugees from Donbas are already on its territory. Photo: Sputnik

The last week – that of the Russian “invasion” of Ukraine, fabricated by Washington – ended, and with it even the Russian military maneuvers, scheduled in advance, began the timeline for the return home of those involved.

Both the President of the United States, Joe Biden, as well as the highest exponents of NATO and some European rulers or subordinates were left wanting the shots to ring out and insisted on new lies on the same subject, but now more towards the inside of Ukraine than in the foreign environment.

The Kyiv government, used as “bait” for Russia to “take the bait” of the West and provoke a war, seems to be disappointed by so many lies and manipulation of those who have promised it NATO membership and the guarantee of its security in the face of a possible reaction from Moscow.

However, with these actions, the only thing they have caused Ukraine is a substantial economic loss that already exceeds $3 billion, without counting the bills that will be passed on later for the “aid” in weapons of all kinds that they are providing it with. But where are the shots and the supposed casualties caused by the Russian invasion? Where did the tanks and artillery that Washington announced would reach Kyiv come in.

Then they remembered a key piece in this puzzle: the separatist republics of Donbass with their territories of Donetsk (DPR) and Lugansk (LPR), in Ukraine, became, overnight, the spark of a new provocation against Moscow.

Kyiv, with its army, is staging a montage that cannot be sustained, but which already this weekend left some civilians dead and more than 40,000 people of Russian origin were forced to cross the border and take refuge in the Russian region of Rostov.

In view of the heated warlike mood, both Russia and Belarus, which had already ended their joint military maneuvers, have decided to prolong them. Belarusian Defense Minister Viktor Khrenin described the current scenario as “a strong smell of gunpowder” in the region, with the possibility of “Europe being pushed into a war”, as several neighboring countries are accumulating more advanced weapons, according to RT.

He also reiterated that the goal of the Russian and Belarusian maneuvers remains the same: “to ensure an adequate response and de-escalation of the enemies’ military preparations.”

In the meantime, the spark in Donbas may become, with the help of the West and the mainstream press at its service, a detonator that will make what Russia and the international community want to avoid – a war – a reality.