Home The Woman of the Revolutionary Dream

The Woman of the Revolutionary Dream

One hundred years after the death of Rosa Luxemburg, a key figure in the history of the 20th century

The Woman of the Revolutionary Dream
On January 15, 1919, Rosa Luxemburg, one of the great figures of Marxism and a pioneer in the struggle for women’s rights, was murdered. She played a central role in the debates of the time between reform and revolution, nationalism and the class struggle. 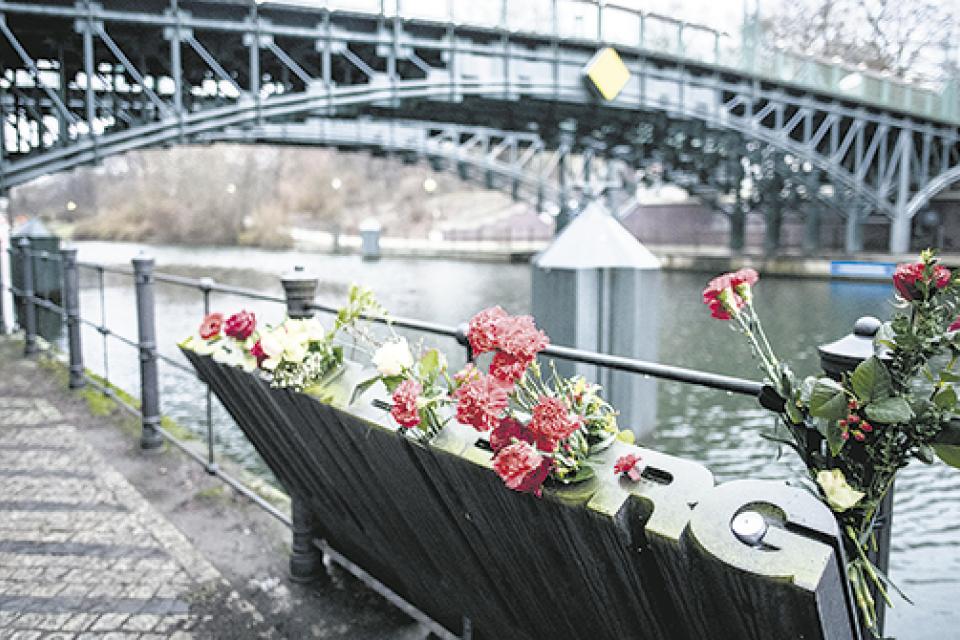 Rosa Luxemburg’s memorial in Berlin, covered with flowers on the centenary of her death.

The figure of Rosa Luxemburg has many meanings. Her name alone implies a range of flags which, despite the fact that a hundred years have passed since her murder on 15 January 1919, are still in force. Flags that have not reached victory and yet were not lowered. In the pantheon of the great revolutionary figures of the early 20th century, she always had her space, by right and by her own weight, long before the great feminist wave,. Hers was a precursor of the struggle for women’s rights, but transcending that role of which she is largely a pioneer, were the times when still many multitudes could imagine a future without capitalism, could give their lives to such impersonal and collective causes as the revolutionary dream.

Born in Poland in 1871, she loved her homeland dominated by the Russian Empire, but she did not join the Polish nationalist movements because from a very young age she was convinced that the only freedom possible for her people was socialism. This idea crossed her mind completely. Her small figure contrasted with her dynamic energy. A socialist leader who knew her gave a remarkable description of her: “Rosa was small, with a large head and typically Jewish features, with a big nose, a difficult walk, sometimes irregular due to a slight limp. The first impression one got was not very favorable, but it was enough to spend a moment with her to see what life and what energy there was in that woman, what great intelligence she possessed, what her intellectual level was”.

After her arrest, she understood that she had to go to Germany, where the largest Socialist Party in the world was located, and she soon became an exceptional reference and polemicist.

The historical moment he lived through was crossed by two ideas, two conceptions of social organization in dispute. Those who believed that “the fatherland”, nationality, was above any other collective instance, and those who saw the class struggle as the engine of history, class identity above nationalities. In no other country was this contradiction put to the test as it was in Germany in 1914. Rosa Luxemburg, together with her comrade Karl Liebknecht, As a militant minority, they defended  their opposition to the Social Democracy’s approval of the war credits that brought Germany into the First World War.

Socialism was voting for German workers to face death with French workers. The absurdity of that war vote was a tragedy that had Rosa as a great protagonist. Her opposition was not simply based on “pacifism”. She was not a peace activist, as has been repeated many times. That was simply not the war that the workers had to fight. It was an imperialist war according to their way of seeing it, which benefited the large economic corporations. Rosa wanted other wars, carrying other flags. Marx and Engels had written in the Communist Manifesto: “Proletarians of the world, unite.

These political positions earned her the right to spend the entire First World War in prison. But she wasted no time there, writing and plotting. She had great debates with the German leaders and even argued strongly with Lenin and Trotsky, even though she passionately supported the 1917 Russian Revolution.

Those who describe her say that among all her virtues she was not a great organizer. Perhaps because she did not believe in the Bolshevik conception of the vanguard party. She made detailed studies of the economy and wrote The Accumulation of Capital. She was against the German social democracy’s idda that they couyld come to power through elections and to build socialism by means of escalating reforms she wrote Reform or Revolution? But her understanding of that revolution was based on the idea of the inevitability of mass insurrection and prolonged strikes. She did not like Russian Bolshevik centralism and fought for greater democracy within socialism. These are very epochal polemics, debates of a very critical historical moment.

But the end of the war was catastrophic for Germany. The crisis that opened up brought together in the streets workers who paralyzed industry with soldiers returning from the war front extremely disappointed and with weapons in their hands. That year, 1919, was insurrectionary and Rosa was released believing that the Revolution was within reach.

Kaiser Wilhelm II, who had ruled Germany since 1888, took refuge in Holland. The same day Rosa was liberated, the Social Democrat Philipp Scheidemann proclaimed the German Republic from a balcony of the Reichstag. Then began what was called the Weimar Republic, and Friederich Ebert took over the presidency, formed a moderate Social Democratic Council of Ministers and called on the people to leave the streets and return to normalcy. The majority wing of the SPD wanted the republic and freedoms, while the Spartacists, the faction founded by Luxemburg and Liebknecht, wanted a proletarian revolution.

For the first time, a government was formed and run by socialists, but the revolt and popular unrest were not quieted. At the same time, that the Spartacists believed they saw this chaos as the cradle of the revolution, Adolf Hitler was honing his first weapons as a political leader, accusing the revolutionaries of being the ones to blame for the German defeat, the internal enemies, the high treason of the fatherland, the stabbing in the back.

Rosa knew that she was in grave danger, she had received multiple warnings and threats, but she decided not to flee from Berlin when it became clear that there was not going to be any revolution after a very bloody repression. At the Eden Hotel, Private Runge smashed her skull and face with a rifle butt. Another soldier shot her in the back of the head. Her body was tied to sacks of stones to make it heavier so it wouldn’t float, and then thrown into one of the Spree River canals near the Cornelius Bridge. Her body was not found until two weeks later. Only a few hours earlier, Karl Liebknecht, the only parliamentarian who had voted against German participation in the Great War in 1914, was killed. The police investigation claimed that Rosa was killed by a mob.

A woman, a Pole, a Jew, a Marxist, anti-war, and a revolutionary, she raised flags that today still fly in every corner of the planet, and so she remains charmingly dangerous.