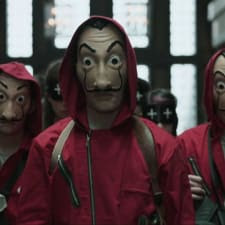 Dali’s masks were used in the world against capitalism

It’s like we’re watching a low-budget fiction movie. On a profile on Facebook, that social network that many people agree is a great site, where some people are even shouting vulgarities, there are photos and videos of some masked people, using no less than one of Salvador Dali’s masks. Dalí, a Spanish painter, sculptor and writer was born in the Catalan city of Figueres on 11 May 11,1904 and died on 23 January 1989.

The use of these masks spread throughout the world precisely in anti-capitalist movements. It was used by Julian Assange, founder of WikiLeaks, in protest against capitalist police harassment for his revelations. It was also covered by the hacker movement Anonymous since 2008, and it gained even more popularity in the series The Paper House, broadcast by Netflix (actually produced by the Spanish Antena 3), something that has nothing to do with Cuba, of course.

It demonstrates the lack of culture of the characters who call themselves Clandestinos. 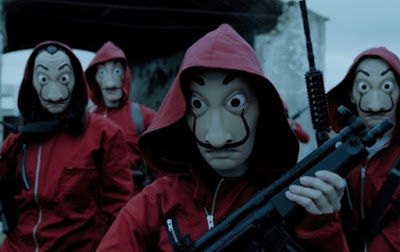 Popular in the series The Paper House

For a finishing touch, they hide behind the image of the actors Luis Alberto García and Isabel Santos, central fitures of the film of the same name by Fernando Pérez. Clandestinos was a true story of love and resistance, which reflected the lives of young people who risked their lives, really, to defend a just cause, as was the struggle on the Island in the 1950s against the dictatorship of Fulgencio Batista.

Another clear example is that these characters do not know history, either…

They missed the shot from the first act of vandalism, because they chose none other than the figure of José Martí, the National Hero of Cuba, the Apostle of Independence, the Teacher, the founder of the newspaper Patria and of the Cuban Revolutionary Party, the man who always came to the unity of Cubans against colonialism, the one who early warned against imperialism so that “it would not fall with its forces on our lands of America.”

They missed the boad because Martí is the most universal of all Cubans, and in the world, his work is known, his work is respected, so there is no morality, no culture, no decency, there’s not one iota of ethics in those who attack the figure of the Teacher, even if it is a bust of plaster, plastic, bronze or a paper fence.

Martí’s thought transcends Cubans, and his imprint is as valid as it is right now everywhere we talk about him.

Clandestinos? And the authorities have already announced that they have been caught, and from outside, where the threads of infamy are woven, and more is paid to commit these atrocities, to confuse them they say it is a lie, that they do not know if those who are in prison and confessed; And from the outside, the scandal is created by those people who approve of the obsolete policy of the US government against the island. They’re the same ones who launch campaigns so that they can’t send remittances to the families, those who applaud the President’s latest stunt that he now gave by canceling the charter flights so that Cubans could not come to their country to meet their relatives.

They were wrong to use Dali’s masks, which are known throughout the world as a symbol in the fight against capitalism, even in the series of the Netflix thieves, which is already preparing its third season. They were wrong to use the symbol of Fernando Perez’s film, and they were wrong again because they do not even have the name of the clandestine, they were quickly arrested and justice will have to act to judge such infamy. 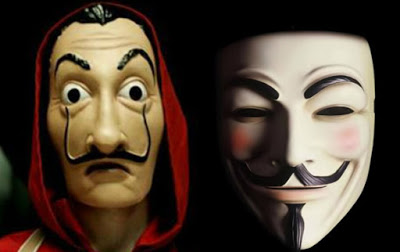 It was used by Julian Assange, founder of WikiLeaks

For Cubans, the clandestinos of history are those young people who fell fighting in the streets of Santiago de Cuba to see their homeland free from Batista’s tyranny, the brothers Josué and Frank País who put their bodies on the front lines before the claws of the tyrants, clandClandestinos were the Saiz brothers, who turned the province of Pinar del Río upside down, the men and women who infiltrated the counter-revolutionary gangs, what do you think! organized and financed by one of the most powerful intelligence agencies in the world, tried to subvert the order in Cuba to request “support” from a foreign government.

Clandestine were those of the Wasp Network [The Cuban Five] at the end of the 20th century, who also put their lives in danger to alert Cuba to those terrorist acts, organized by the terrorists, who, paid by the same intelligence agency, wanted to spread panic in tourist facilities, and those who are still around today, because there are some, sacrificing their families, to defend the work that cost the lives of more than 20,000 Cubans.

Don’t give me that story about the mask or the little name, whatever the big plot of land that some people have turned the social network into, they are not so secret, nor so beautiful, according to nearby sources they talk up to their elbows, so clandestine, about what? 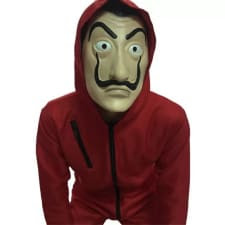