Home The three battles of 2021 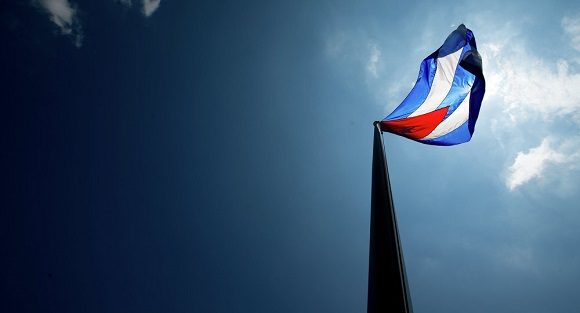 This (No. 25) is the last note of 2021 and it is unavoidable to use it to summarize the message of what we appreciate has been essential in this difficult but also glorious year.

Cubans, each one from his or her position, with his or her ideas and values, but essentially all of us, have been involved in three great battles that will decide our future:

The control of the COVID epidemic.
The confrontation of the media and cultural aggression against our project of society.
Economic development, even in the context of the blockade.

In the first two we won, unquestionably. We must consolidate them and project them into the future, because they can continue, but they are essentially victories. In the third one, we managed to resist, which is no small thing, and it is the indispensable step to win, but the great victory still requires a lot of effort and intelligence.

The control of the epidemic of COVID-19 was achieved this year with biotechnology, science, the strength, and the experience and universality of our health system, and the educated participation of the people and their institutions. It validated the fertility of the scientific development strategy implemented by the Revolution for decades, and the importance of the connections between science and production that were built since the founding moments of the Scientific Pole, under Fidel’s leadership.

It validated the concept that health cannot be merchandise, and that the budgeted or entrepreneurial institutions on which health services depend have to be the socialist property of all the people. This is not only for moral reasons (which is the main thing) but also for reasons of efficiency. This battle will leave experiences for the improvement and development of both actors, industry and the health system, which we must apply immediately because the global pandemic context will continue in 2022.

The media and cultural aggression, with which, especially this year, an attempt was made to divide the people and erode their collective capacity to respond to the challenges of the moment, was defeated. Its implementation and financing (we know well by whom), in combination with the reinforcement of the blockade, precisely at a time when we were facing a dangerous epidemic, will go down in history as one of the greatest political immoralities of this century. It will be remembered in the gallery of shame, together with the Weyler reconcentration, the Nazi holocaust, the nuclear bombing, the Vietnam war, the support to the dictatorships of the South American cone, the South African apartheid and the murders of teachers by counterrevolutionary gangs in Cuba. History will not absolve its articulators.

The media and cultural aggression against Cuba is a war of thought. We defeated it, as Martí wanted “with thought”. The encouragement of violence, the promotion of selfish appetites, the distrust in the future of the country, and the dissemination of intellectual superficialities, crashed against the wall of Cuban culture, now solidified by six decades of massive and free access to education. They gambled on finding many influential fools in Cuba, and it turned out that there were very few.

This battle also leaves us experiences for the improvement and development of political and cultural work, which must be well analyzed because this episode of 2021 is part of an historical dispute of more than two centuries.

The third battle, that of economic development, has not yet been won. And it would be superficial to attempt a simplifying analysis in the space of 4 pages of a blog. But there are some things to say:

The first is that we have resisted the longest economic onslaught in world history (60 years), articulated by the largest economic and military power in world history; and we continue to resist 30 years after the collapse of the allies we had in Eastern Europe. And here we are, our people without hunger, without mafias, without housing evictions, with all their children in school, with our people’s government functioning under the socialist Constitution that we made and approved ourselves. This capacity dor resistance makes us proud, not only because of the resistance itself, but also because it indicates our capacity for development. Without sovereignty and national unity, no economic strategy, no matter how “technically brilliant” it might be, could work.

The second is that we are not frozen in old economic strategies, which worked at the time but have already fulfilled their historical role and exhausted their capacity to adapt to the changes in the world economy. We are in a moment of legislative and organizational creativity to adapt our development model to the new realities, without ceasing to be sovereign, equitable, educated and socialist.

The third is that the road to economic and social development must be traveled in a world context that is not the one that existed in the 1960s, when the Revolution made its first plans for economic take-off. We must now work in a globalized economy, which depends much more on the external economic balance, and on the capacity for international insertion, especially for small countries. It is also in an economy of rapidly changing technologies, which demands a higher dynamic of creation of diverse enterprises and connections between enterprises and scientific and educational institutions, as well as a higher dynamic of diversification of products and services of high added value.

All this requires managerial as well as technological creativity, and it is necessary to create the regulatory context that allows and stimulates it; and to train the young cadres who will play a leading role in it.

The fourth is that, with few natural resources and scarce domestic demand, and with a blockade that will continue (because our historical adversaries do not know how, nor can they do otherwise), our audacity to build material prosperity based on social justice and access to knowledge is essentially a cultural challenge. It will be culture, ethical, legal, scientific and technical, that determines our capacity to decouple economic growth from the expansion of inequalities, that expands the space of the possible, and establishes the speed of our progress.

The battles of this year 2021 prepare us to continue building the possible country that we Cubans want. Not the one that others want to impose on us, but the one we Cubans want.

Agustín Lage Dávila is a prominent Cuban scientist. He was the Director of the Center of Molecular Immunology in Havana for 25 years. Advisor to the President of BioCubaFarma. He has received numerous national and international distinctions. He was Deputy to the National Assembly for several legislatures.