For his fight against the brutal racist oppression of apartheid, Tutu is considered one of the key figures in South Africa’s contemporary history 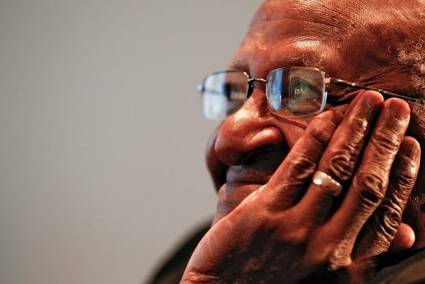 This Sunday, at the age of 90, died South African Archbishop Emeritus Desmond Tutu, 1984 Nobel Peace Prize winner for his activism against the Apartheid racist segregation regime, in Cape Town, said in a statement issued by the South African government, the country’s president, Cyril Ramaphosa, who sent his condolences to the Tutu family.

“The death of Archbishop Emeritus Desmond Tutu is another chapter of loss in our nation’s farewell to a generation of outstanding South Africans who bequeathed us a liberated South Africa,” the president said in the text.

The president described Tutu as a “peerless patriot” and a “man of extraordinary intellect” who maintained his integrity in the fight against the “forces of apartheid.”

Even in a democracy, Ramaphosa stressed, Tutu maintained the “vigor” and “vigilance” of leadership to hold institutions accountable.

“On behalf of the Anglican Church of Southern Africa, the entire faith community and, dare I say, on behalf of millions (of people) across South Africa, Africa and the world, I send our deepest condolences to his wife, Nomalizo Leah, his son, Trevor Tamsanqa, and his daughters, Thandeka, Nontombi and Mpho,” Makgoba said in a statement.

The voice of the voiceless
“Apartheid, separate development or whatever it is called, is evil (…) It is anti-Christian and unbiblical. If anyone proves me otherwise, I will burn my bible and cease to be a Christian,” Tutu protested to apartheid officials in 1982.

For his tireless struggle, Tutu received the Nobel Peace Prize in 1984, two years before he became the first black head of the Anglican Archbishopric of Cape Town (southwest).

For his struggle against the brutal racist oppression of apartheid, Tutu is considered one of the key figures in contemporary South African history. 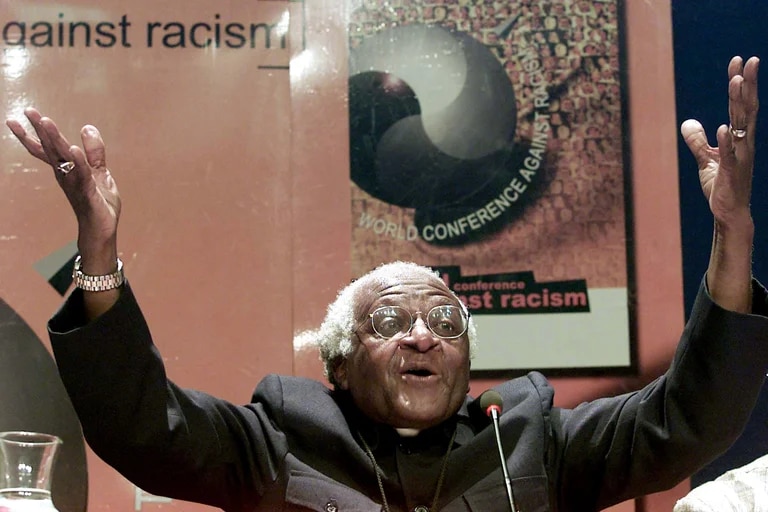 At the World Conference Against Racism (WCAR), September 5, 2001. Photo: Reuters

He was at the helm until 1996, when apartheid was dismantled and South Africa became a democracy led by Mandela.

As president, Madiba – Mandela’s local nickname, who described the archbishop as “the voice of the voiceless” – gave Tutu the difficult task of chairing the Truth and Reconciliation Commission, a body charged with bringing to light the atrocities committed during apartheid. Desmond Tutu with Mandela. Photo taken from the Internet

Tutu and Mandela, in fact, had resided on the same street in Soweto, which is today one of Johannesburg’s major tourist attractions, to the pride of South Africans, who boast that no other country has a street with two Nobel Peace Laureates.

His career has been marked by a constant defense of human rights, something that led him to dissociate himself on numerous occasions from the church hierarchy to openly defend positions such as gay rights or euthanasia.

In recent years he had stayed away from public life due to his advanced age and the health problems he had been suffering from for years, including prostate cancer.

His last public appearance had been in a few brief video images broadcast on his 90th birthday (last October 7), an anniversary that his foundation celebrated with a virtual conference in which participated, among others, the highest Tibetan spiritual leader, the Dalai Lama, the Mozambican activist and widow of Nelson Mandela Graça Machel or the former Irish president Mary Robinson.