Home The Coronavirus and the Crusade Against 5G

The Coronavirus and the Crusade Against 5G

The Coronavirus and the Crusade Against 5G 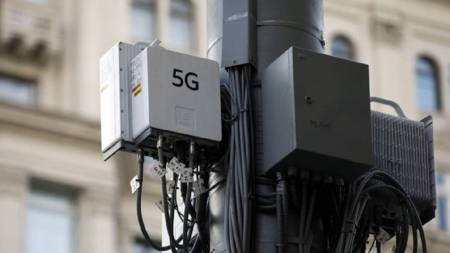 Conspiracy theories are generally harmless phenomena that rely on circumstantial issues to generate questions that often go unanswered. Thus, they sow doubt about a topic and generate debates that, in this age of the Internet everywhere, become endless.

However, when one of these theories causes consequences in the social fabric, it can already be described as dangerous. This is what is happening right now in the United Kingdom, where several telephone poles with 5G transmitters have been burned in some cities. These facts that are linked to an evil rumor that is spreading like wildfire in the networks, taking advantage of the social hysteria generated by SARS-CoV-2.

According to the “conspirators”, the deployment of the fifth generation of mobile data transmission technology, or 5G, is linked to the COVID-19 pandemic, which has led to the burning of transmitters, a sign of the panic caused by the epidemic.

Theories
Rumors and conspiracy theories about a link between the launch of 5G and the spread of the coronavirus have spread mainly through social networks. There are groups on Facebook and Nextdoor, where thousands of members repeat false and misleading claims that 5G is supposedly harmful.

The theory claims that the new coronavirus originated in Wuhan because the Chinese city had recently launched 5G. Supposedly it has now spread to other cities that also use this technology.

It is the hottest hoax on social networks these days, after another one was dismantled, claiming that the SARS-CoV-2 virus was created for obscure geopolitical purposes. In this last case, the theory falls apart with a study entitled The Proximal Origin of the Coronavirus, published in the journal Nature Medicine.

Research compares the ribonucleic acid sequence of this microorganism with that of other coronaviruses such as SARS and MERS, and bases its conclusions on the characteristics of a protein called spike. This spike is found in the external envelope of the virus and has a sort of hook through which it attaches to human cells. This “ability” of the pathogen is essential in its ability to infect people, one of its most damaging characteristics.

And it is so perfect, according to the study, that “it is most likely the product of natural selection (…) strong evidence that SARS-CoV-2 is not the product of self-serving manipulation”. In the same sense, and even more categorically, researcher Kristian Andersen, from Scripps Research Institute, in Florida, United States, stated in La Repubblica, an Italian publication: “Confronting the generic data available today on the various types of coronavirus, we can resolutely state that SARS-CoV-2 is the result of natural processes”.

In the case of the theory linking 5G to the new coronavirus, there is no more than investigating the properties of this new technology, so-called because it is the fifth generation of mobile phone networks, designed to multiply the connection speed of our portable devices tenfold.

Those who defend the theory claim that 5G weakens the immune system, emitting harmful radiation and therefore facilitating the entry of the coronavirus into the body. They also add that viruses use radio waves to communicate.

The first “argument” collapses when we look at the radio spectrum. At the low-frequency end of the spectrum, we find the radio waves used by 5G. Therefore, this technology does not produce ionizing radiation and does not damage human DNA, which other frequencies such as X-rays or ultraviolet light, responsible for causing diseases such as cancer, do.

According to the AS newspaper, “radiation emitted by radio waves is at a similar level to that produced by televisions and natural light. It is true that this new generation is a bit above its predecessors in this type of emissions. It is also true that, according to Ofcom – the UK’s telecommunications regulator – the maximum it can generate is 66 times below the safety limit.

The Department of Health in England adds that 5G “should have no impact on public health” and the World Health Organization has included 5G under heading 2B of carcinogens. That is, among those not proven to be capable of producing cancer. According to this classification, it would be as potentially carcinogenic as coffee.

The second argument is pure fantasy, while there are no studies that point in that direction. There are, however, that admit that this communication through radio waves could occur between bacteria (in no case between different viruses). For example, there is a study by a group led by Allan Widom at Northeastern University in Boston, USA, whose conclusions have been discussed by the prestigious Massachusetts Institute of Technology.

The facts
Despite all the evidence that disproves this crude conspiracy theory linking 5G to SARS-CoV-2, UK territories such as Birmingham, Liverpool and Melling have been the scene of cell tower fires in recent days.

The UK’s Department for Digital, Culture, Media and Sport tweeted that “there is absolutely no credible evidence” of a link to the conspiracy theory, while commercial agency Mobile UK said such rumours and conspiracy theories were “worrying”.

UK telecoms operators now believe the attacks undermine the nation’s security. According to a tweet from Vodafone’s chief executive officer there, “this is now a matter of national security. The police and anti-terrorist authorities are investigating.

There have even been reports of harassment of telecommunications workers as they deployed fibre optic cables, as witnessed by a video also broadcast on Twitter by a BBC reporter.

The truth is that Iran, for example, is among the nations most affected by the new coronavirus, and there is not a single 5G tower there. There’s lots of evidence that dismantle this misleading theory, but the emotional fragility begins to make a dent. 5G is not a factor in its spread. Globalization is. And once the virus enters a territory, social isolation is the most effective measure to prevent its spread.

For our readers, who today are contributing to the great global battle against SARS-CoV-2 by staying at home, here is some advice: follow only official information from authorities about the pandemic and do not contribute to the networks that expand the reach of false news. We already see how harmful and dangerous it can be to feed on unverified facts, especially when the situation we are living in requires poise and a lot of common sense.

1 year ago Juventud Rebelde, TranslationsCovid-19, technology0
A Frenchman Who Saw the Sun AgainCuban Media in Battle vs. COVID-19