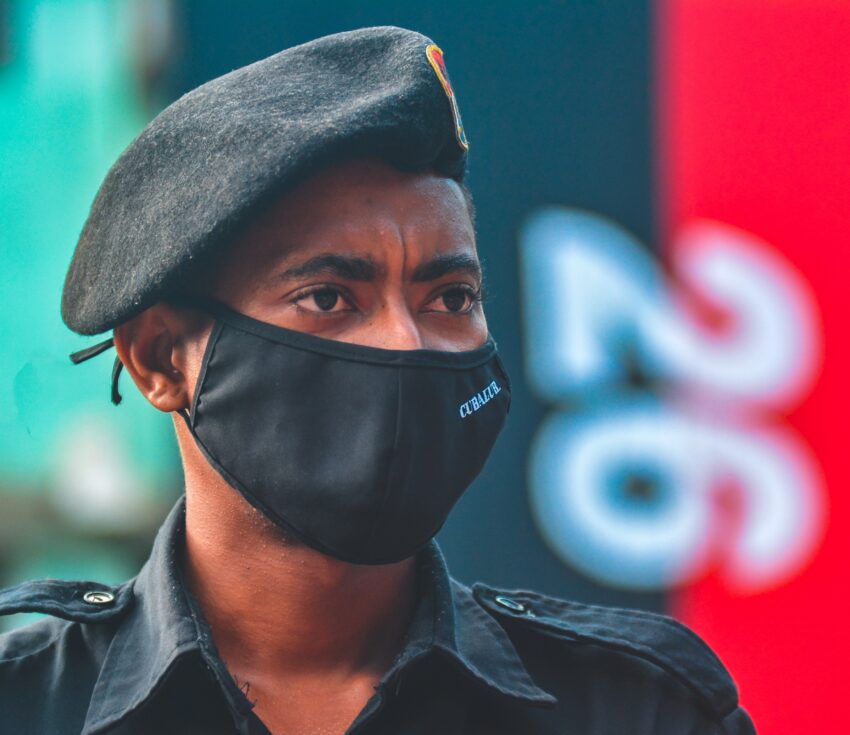 Members of the National Special Brigade are grateful for the support and encouragement of the vast majority of the population during the violent actions that occurred on July 11. 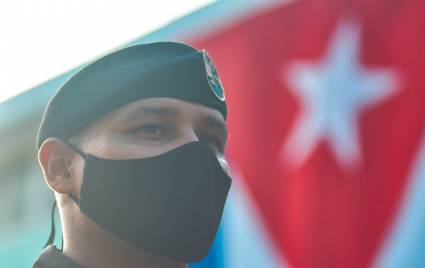 When he arrived at 20 de Mayo Avenue, in Havana, the first thing he did was to join the formation of the cordon. He did not expect a disproportionate reaction from some of the provocateurs, who sought to advance towards the Plaza de la Revolución.

It would never cross the mind of Lieutenant Luis Angel Rosales, of the National Special Brigade of the Ministry of the Interior (Minint) that he and his comrades would be attacked with stones, sticks and Molotov cocktails. In his 11 years of experience in this agency, he says he has never witnessed such strong events.

“What gave us joy was to see the response of a great majority of the people: they chanted slogans together with us, raised flags, wielded posters and photos of Fidel, Raul and President Diaz-Canel. I reaffirmed that Cuba is one people, a cohesive nation”, says the 29-year-old agent, and in contrast recalls that they had to endure insults, threats of lynching and open provocations.

Now that the riots of last July 11 are rough memories lodged in his head, he says that “that day there were stones thrown from the crowds that affected agents of the brigade. I belong to the canine unit and one of our dogs was also hit, so he was off duty days ago, but he has recovered”.

Lieutenant Rosales explains that the “Gallos Finos” (as they are also known) are not trained to hit or kill. Their limits of action are in strict respect to the Constitution of the Republic, to the legal order and to the rational use of force.

“Those arrested in that area of the actions were instigators of attempted vandalism and criminal attack. They were in contempt of court or made attempts against officers. Most of them had criminal records. The rest of those who were there were neither arrested for demonstrating in a civic manner nor for filming at the site,” he says.

A lot is posted on social networks. Much is said in conferences and statements by foreign politicians. The headlines and front pages of the main and most influential media have twisted almost all the truth and placed manipulated photos and videos to absolutely accuse the forces of order of lack of restraint and create an opinion matrix of chaos and disorder in Cuba.

The backing of the White House did not take long to arrive: [accusations of] coercive measures by the Minister of the Revolutionary Armed Forces and Hero of the Republic of Cuba, Army Corps General Alvaro Lopez Miera and the members of the National Special Brigade of the Ministry of the Interior.

“Joseph Biden is categorically wrong -assures the young lieutenant-. Our main mission is the defense of the people, so that citizens can walk and perceive tranquility and security in the streets. We cannot allow the imposition of the terror that the Miami mafia and the anti-Cuban congressmen want for our land.

“This is the first time, since I have been here, that such a complex event has taken place. If it were to happen again, we would be there to safeguard and protect the people, of which we are proudly a part,” Rosales asserts, while emphasizing the participation of rescue and salvage groups of troops in localities devastated by natural disasters, as they were in those that occurred in Ecuador and Dominica.

“In the face of any meteorological phenomenon, we will also go out to support people, as we did when the tornado demolished Diez de Octubre or in situations of flooding in the capital’s coast”.

A dozen publications on social networks have made false reports of protests in recent days, which Rosales denies. He shares his certainties: “Here there is a Revolution that stands firm, calling for unity, peace and love among all, trying to solve the problems of vulnerable communities and families; a country in total calm, dealing with a blockade proud to destroy us, working with will and dedication to contain the pandemic and move forward”.

“What do I take away from what happened on July 11? The respect and gratitude of the people, the applause they gave us on our arrival, the signs of support they showed us by approaching us and talking to us”, says Yan Carlos Boza (22 years old), an agent of the National Special Brigade, in a conversation with this newspaper.

The Santiago native has been a member of the troops for ten months. The events he witnessed marked him. He was first in San Antonio de los Baños. Then, he was incorporated into positions before the Plaza de la Revolución.

“When we arrived in San Antonio there was a lot of commotion, people were restless, nervous, confused by what was happening. Sometime later, calm ensued. The appearance of our President was a great encouragement for those present and a demonstration that the Revolution is always at the side of the people, listening, dialoguing, clarifying and rectifying when necessary.

“We saw signs of affection for the dignitary, of confidence that everything was going to be solved. The people’s opinion of our presence was very positive. It gave us strength and impetus to continue defending the conquests that cost so many young lives.

“At no time was anyone repressed. There we reaffirmed patriotism, the moral and ethical values instilled in us by our relatives and the training as part of the special brigade,” Boza narrates with emotion.

“Our participation together with the people was decisive. We have a high responsibility in guaranteeing the security of the country and its citizens. On that occasion, difficult to forget, I truly understood the essence of the National Special Brigade: to defend, from our condition of humble people, with courage and determination, the future of the Homeland”. 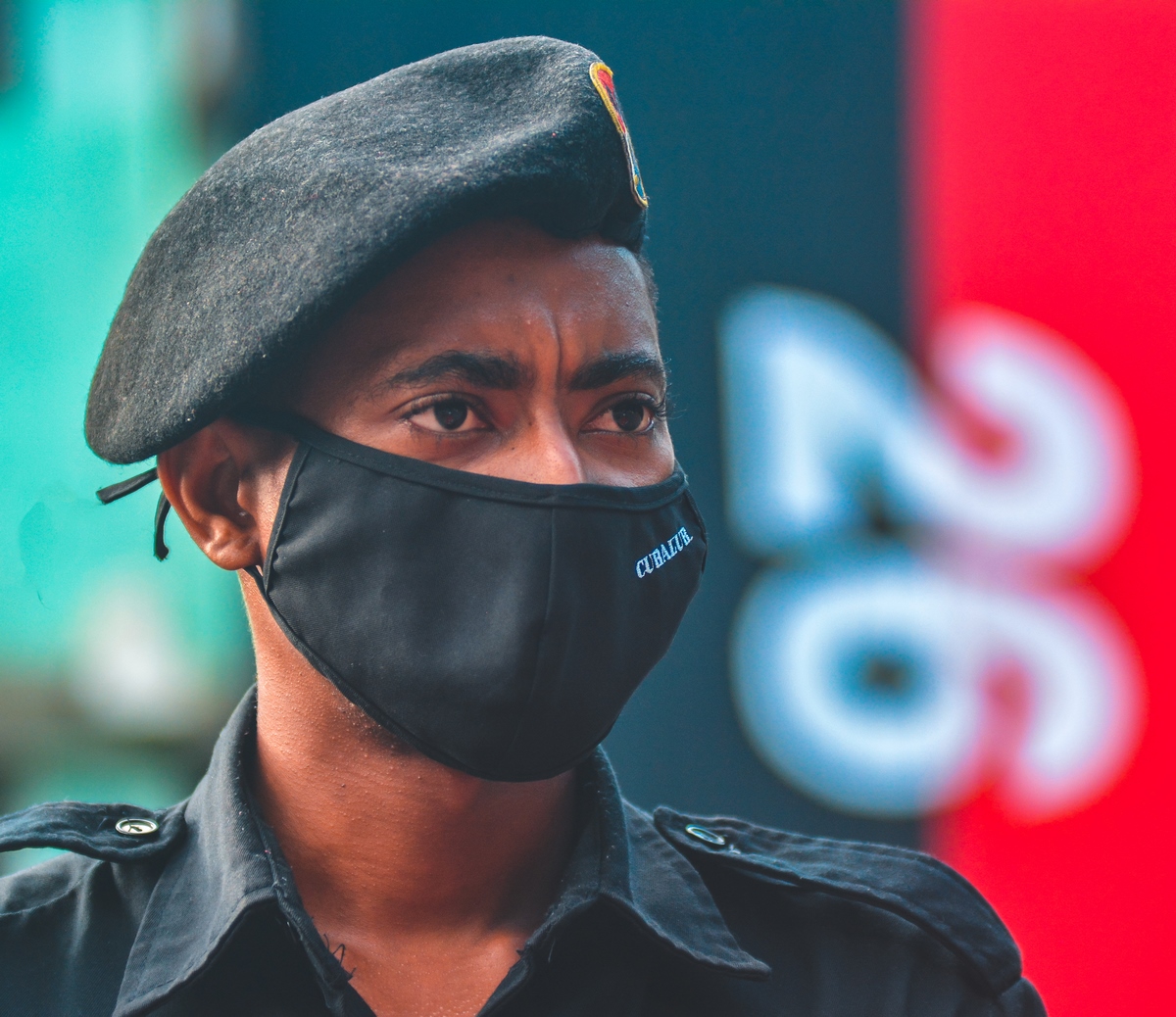