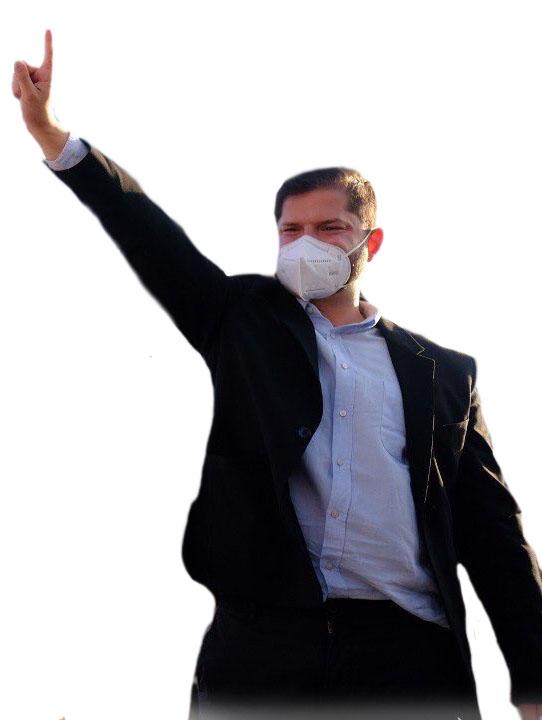 “Boric, without a doubt, is a moderate leftist; he belongs to that “new left”, whose maximum referents at the international level are Podemos (United We Can) and Syriza”, argues Medina Neira, member of the Communist Party of Chile.

“Brother, what happened that Sunday was remarkable. The humblest arriving on foot to vote for the corporate boycott of locomotion. Of course, this is not the socialist revolution, but it is a scenario where we can build a more democratic society that allows better conditions, not only for life, but to grow politically, organize and move towards a society with a more revolutionary status. It is up to us to take a gamble for that, or fascism will articulate itself to win”.

This is how a Chilean friend of mine sums up what, for him, as for many Latin Americans, is a political victory. And I do not doubt it. Defeating an ultra-right-winger like Kast, heir to the remnants of Pinochettism, with a conservative discourse, will always be a victory in spite of? And I say “in spite of”, because you can add any regret you consider, although there are many in my opinion.

That several of the world’s main media refer to the “leftist candidate” or “leftist” to talk about Boric is not surprising. The president-elect contains a discourse of social changes for the benefit of disadvantaged sectors, even with quotes from Allende; but that discourse, we already know, has its limits.

The Chilean Tito Medina Neira, community and popular leader, commented to me: “Boric, in his victory speech, paraphrased Allende. Then he stopped in front of his bust in the Government Palace and honored him. We could notice that he makes an assessment of the tremendous significance that the Popular Unity government had in Chile in terms of democratic and economic measures, and although his party (Convergencia Social, member of Frente Amplio) declares itself committed to the achievement of a socialist, democratic, libertarian and feminist society, its praxis many times coincides more with social democracy than with the socialist Revolution of “empanada and red wine” that Allende proposed”.

***
The left in Latin America has had many faces and many voices, not always anti-imperialist, not always anti-colonialist, not always emancipatory. It would not be the first time that we see a “left” that does not revolutionize the status quo, that does not strengthen workers’ control over the means of production, that forgets the burdens caused by capitalism in this region, that makes up the enormous existing inequality gaps and that ends up making pacts with the bourgeoisie, when they put the noose around its neck, to the detriment of public policies and continental unity.

This is a very Latin American script, often repeated in recent years: The left wins, yes, and then loses to an antagonistic political project; when the same voters are disappointed with the behavior of their leaders, the back-and-forth, the lukewarmness and inability to solve the problems in the face of the pressures of conservatives on progressive ideas. Is Boric a progressive?

“Boric, without a doubt, is of the moderate left; he belongs to that “new left”, whose maximum referents at the international level are Unidas Podemos [Spain] and Syriza [Greece]”, argues Medina Neira, also a member of the Communist Party of Chile.

The Revolutionary Communist Organization of Chile has expressed: “The pact for peace and the new Constitution is the strategy of the bourgeoisie, as a class, to demobilize the people in struggle and install a process of relegitimization of the order by means of the constituent assembly, and with it the institutionalization in the bourgeois framework of popular demands”.

In view of this, it is worth asking: To what extent is Boric an instrument of the same bourgeoisie to extinguish the demands of the population? To what extent will he be able to escape from that powerful bourgeoisie that controls Chilean politics? Will he represent the poor Chilean who went on foot to the ballot box, the exploited Chilean who cannot go to university, the displaced Indians, the elderly who demand better pensions, the children who work in the mines, although this was the sector that gave him the victory?

Boric is a young man who was able to study in a university and think about the changes that others of his generation have not been able to, because they were busy looking for a living to eat and without the possibility of studying. As one of the faces that emerged from the student protests of 2009 and 2011, and the strikes of 2019, to his commitment must be added others in which he must fulfill his role, as he faces the neoliberal right and Chilean fascism that pushes for greater private control over the means of production, and almost no action by the State.

Is Boric up to the task of the position he holds, and does he understand the magnitude of the political relations that are woven around him?

“It is not within my interests (to be President), I lack a lot of experience, have a lot to learn, of knowledge of the State”, he acknowledged some time before the election. The absence of popular leaders capable of confronting the right-wing pushed him to assume a candidacy that today has evolved to the role of president of a representative country in the region. Boric’s challenge is great, and he will only respond, with actions, if he is prepared to assume it.

***
The Movimiento Vientos de Pueblo expressed: “It must be made clear that reformism and social democracy are neither an alternative nor an ally to fight the enemy, the same that has been positioned even by new non-traditional bourgeois fractions, as neoliberalism. Nor to generate a real transformation of the bases of society”.

Many consider that the vote for Boric, more than a vote for his proposals, is a rejection of Kast’s proposals, which, in the same way, is a victory for reason. But this is the risk of the electoral model that makes a leap to the right and another to the left. Countries are settled between different projects that, when they come to power, end up destroying everything built by the previous government.

“Hope overcame fear”, was Boric’s victory phrase. Tito Medina comments that there is a fascist boom in Chile today. “Fascism is still a latent danger, which has been able to grow and sustain itself in the most economically and politically backward layers, as defined by Fidel in that dialogue with Allende in 1971. The hope is to carry out the Government Program to eradicate neoliberalism”.

Boric is 35 years old. He feels differently, but he cannot dare to forget. Like those of his generation, he did not experience firsthand the consequences of the Pinochet military dictatorship imposed by the U.S., but he knows the history. He has just entered a game where many pawns have fallen and where there are unpunished kings.

Perhaps that is why he points to Cuba, Venezuela and Nicaragua as countries that “violate human rights”, something that coincides with the political agenda of the United States, and becomes the discourse of the misnamed “new left”.

He recently accused Venezuela of [being] a “failed experience”, using as an argument the six million emigrants, to which the former Ecuadorian President, Rafael Correa, responded: “Have you forgotten the criminal blockade of Venezuela? Venezuela is prevented from selling its oil! How many Chileans would be in the “diaspora” if they were prevented from selling copper to Chile? It is like finding a drowned man in chains and saying that he died because he could not swim”.

Does Boric not know of the thousands of murders, disappearances, tortures, in the neoliberal crusades of the continent? How many more would be if Cuba, Venezuela and Nicaragua were to fall before a hegemonic, imperial and anti-democratic power that wants to subjugate our peoples? What does it mean to be of that “new left”? A “left” not so radical in its decolonizing thinking and that flirts with the bourgeoisie and the interests of the empire?

The mainstream media rush in their semiotic war and speak today of a new left in Latin America or of a “democratic left” when referring to Gabriel Boric, something that sets off alarms if we take into account the model of democracy they venerate, where Cuba is demonized and Colombia rewarded, in spite of the hundreds of assassinations of social leaders every year. We should ask ourselves why the hegemonic press has decided, almost in its entirety, to view Boric’s victory so favorably.

Does the Communist Party of Chile support the new president?

“Although with Boric there have been differences, especially during the rebellion of 2019, we assumed the commitment to work for his candidacy in pursuit of the fulfillment of the Government Program -explains Medina Neira-. That is what the communists and, above all, the other parties of Chile Digno, expect: that the Government Program is fulfilled and that the political prisoners of the October Rebellion of 2019 are granted freedom”.

Boric’s challenge is in being a new left, it is true, a left that Latin America needs: a left that does not protect social repressions to progressive thought; that does not isolate, nor marginalize, nor criminalize anti-colonialist and anti-capitalist struggles, that fully believes in popular power for the resolution of conflicts, that empowers women, Indians and blacks; that supports the lgbtiq+ community, that believes in a sustainable ecological order without the exploitation of big capital on the resources of the people.

The challenge is to be a left that finds in Latin American unity an emancipatory force against colonialism of a new kind, that does not yield to bourgeois pressure or money, that promotes public policies for the benefit of the majority to begin to realize that hope that today takes the banner against fear, that does not adopt interfering positions with other peoples and much less plays the game to U.S. governments in their damaging campaigns against our identity and our self-determination.

Boric’s challenge is to be the left that he claims to be.