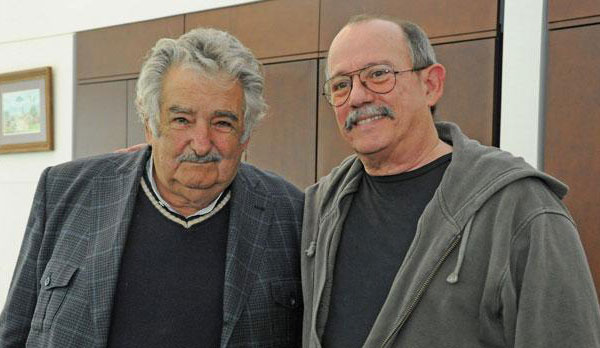 The month of April was, without a doubt, one of the most complex for Venezuela in recent years. The violence generated in opposition protests, added to the campaign against the government of Nicolás Maduro undertaken by the secretary general of the Organization of American States (OAS), and the intentions of interference on the part of the United States, have put the South American nation at a crucial point.

Many voices, adherents to  U.S. thought, have risen asking for the end of the administration of the current Venezuelan president, Nicolás Maduro, militant of the PSUV, the o[

But other well-known personalities around the world have also expressed their support for the call for peace and dialogue proposed by Maduro’s government as an end to the escalation of violence in recent days. This is the case of Cuban singer-songwriter Silvio Rodríguez, who in his personal blog “Segunda Cita” commented to a Venezuelan user that: “There were some years, after the revolutionary triumph, when going out into the streets of Havana was also an adventure, because the counterrevolution was putting bombs, even in cinemas (…). But what you are experiencing is much more stressful and violent, because these are quite large sectors of the population dedicated to urban belligerence. The artist added: “While I continue asking myself questions, all that remains for me is to ask you to take care of yourselves, not to give yourselves away, not to be reckless, but if you feel it, don’t stop fighting for what’s worthwhile, the América Nuestra that Bolívar and Martí, Fidel and Chávez envisioned, and that we need so much.

Likewise, the former president of Uruguay, José “Pepe” Mujica, gave Maduro important accolades during an interview for the Uruguayan media “Caras y Caretas”, commenting that: “What scares me most about Venezuela is the opposition, or a very important part of it. I believe that there is a climate of radicalization that has become irrational and that in the long run ends up favoring the right,” and he added: “What Almagro is doing from the OAS is a danger, not only for Venezuela, but for the whole continent. Anything that is outside interventionism goes against it.

Nobel Peace Prize laureate Adolfo Pérez Esquivel also urged support for the Venezuelan president. From his Facebook page, the human rights defender wrote that “Venezuela is the target of aggression by the North American empire that does not give in to its onslaught with the objective of overthrowing the democratically elected government. The Argentine blames the United States and “the big companies” for the country’s economic shortage: “There are crises imposed by the United States, which does not want to lose its influence and continental control.” Esquivel accused the international media of generating false or distorted news about what really happens. Likewise, Pérez Esquivel accused the opposition of not wanting to guarantee social peace due to its refusal to dialogue and to “the instances proposed by Unasur and facilitated by Pope Francisco”.

The Supreme Pontiff of the Catholic Church also had words for the conflict that is shaking Venezuela. In a press conference, the Pope commented that the dialogue in Venezuela “did not work because the proposals were not accepted and I know that now they are insisting (…) I believe that it has to be with very clear conditions. Part of the opposition does not want this. It’s curious, the opposition itself is divided.”

2 years ago TranslationsVenezuela0
Who's Trying to Change?Days against Homophobia and Transphobia