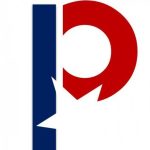 Cuba: Who’s Trying to Change the Colors of the Rainbow?

Translated and edited by Walter Lippmann for CubaNews
[May 11, 2019. Post un-dated online.]

The current attempt to manipulate and use the LGBTI community to confront the Cuban authorities for not authorizing a march against homophobia and transphobia is not an isolated incident; there are antecedents of similar claims in the recent past that are inserted in the US policy of hostility towards Cuba.

The media construction of alleged harassment and police persecution of the members of this community has been one of the directions of these defamatory campaigns against Cuba in which U.S. citizens linked to internal counterrevolutionaries have been involved.

The visit of the American Michael Petrelis in January of this year to Cuba constitutes a clear example of this type of activities generated by the North American secret services against the Island. 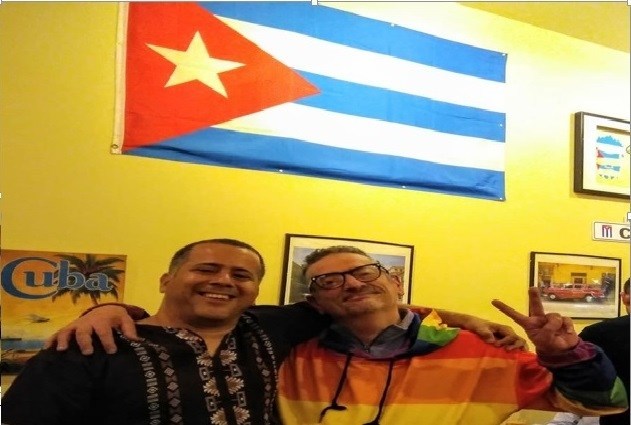 To the right Michael Petrelis with counterrevolutionary Isbel Díaz Torres who takes advantage of the scholarship granted by the State Department to meet him in the U.S. and plan the details of the U.S. visit to Cuba.

Petrelis, after being warned by the immigration authorities that he had entered the country with a tourist visa to carry out activities that did not correspond to this migratory condition, something he had already done on previous occasions, approached CENESEX. There he presented himself as a person healthily interested in promoting and defending the rights of those who make up the aforementioned community, receiving friendly and cooperative treatment. This made it easier for him to move around the country and contact people freely.

Later it was shown that this was only the façade he used to approach and achieve the collaboration of this institution. [He used] deception of its officials, seeking support that would allow him to develop provocative activities and the harmful influence that he had planned to carry out within the aforementioned sector of society.

In spite of the respectful treatment and the alerts received for his violations of the terms of his stay, the American has tried to cover them with a cloak of innocence, imitating the conduct assumed by his fellow countryman, the “contractor” Alan Gross when he was caught in his illegal activities inside Cuba.

The “activist” Michael Petrelis maintains links with well-known Cuban counterrevolutionaries who receive scholarships and money from the U.S. State Department, such as Isbel Díaz Torres. Also, salaried journalists trained in Centers from which plans and actions of ideological political subversion against Cuba are planned and executed, such as Maikel González Vivero and Juana Mora Cedeño. The latter has been invited to forums of the discredited OAS, where she has launched false and infamous accusations against the Cuban government for alleged violations of human rights.

Counterrevolutionary Juana Mora Cedeño during a hearing at the Inter-American Commission on Human Rights against Cuba. Right: Carlos Quesada, director of the National Endowment for Democracy (NED) subcontractor.

In this context, it is known that Petrelis coordinated from abroad with these stateless people provocations in front of the National Capitol, headquarters of the National Assembly of People’s Power, as well as providing them with material support for the call made on January 5 in John Lennon Park, in which the well-known counter-revolutionary Tania Bruguera participated.

The counterrevolutionaries Tania Brugueras, Luis Manuel Otero Alcántara and Yanelis Nuñez during the call made at John Lennon Park on 5/1/19.

Cuban immigration authorities, based on all the violations of the terms of stay committed by the American during his last trip to the island, decided to prohibit his entry into the country, and he has insisted on obtaining an answer on the reasons for this decision, which he says he does not understand and ignores in a hypocritical and dishonest manner.

There is evidence that the aforementioned Petrelis links are the organizers of the “independent” march that they intend to carry out against homophobia on May 11, 2019. This shows the enemy’s presence in this activity, which tries to manipulate the feelings of the people who make up the LGBTI community in function of spurious political interests.

Rather than defend them by pretending to use them as instruments against an inclusive and humane social project, they denigrate them, especially if their supposed “benefactors” respond to a xenophobic and homophobic foreign government like that of Donald Trump.