Home Silencing the Study of Race and Equity

Silencing the Study of Race and Equity

In the U.S., legislation is being passed to silence analyses on race and equity

The same historical thread: slavery-Tulsa massacre-George Floyd and is intended to hide the facts to cover up scars and, above all, wounds still open and bleeding in the polarized U.S. society. 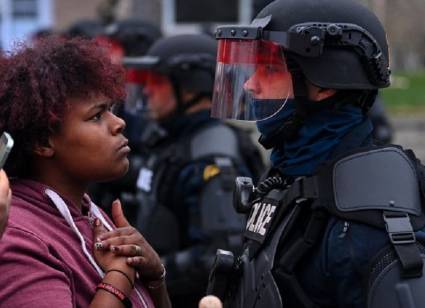 Is America a racist society? Yes. Absolutely and categorically so. Facts abound to exemplify the assertion. A review of some of the incidents of more immediate times reaffirms it.

However, it is not only the acts of violence, of police brutality, especially against Blacks and Latinos, nor the rise of extreme right-wing, xenophobic and fascistic groups and organizations, that show this visible trace. Neither do the economic and educational inequalities that undermine development opportunities.

In the first days of May, the governor of the state of Idaho, Republican Bradley Jay Little, signed a bill whose purpose is supposedly not controversial: to prohibit public schools and colleges from teaching that “any sex, race, ethnicity, religion, color or national origin is inherently superior or inferior”.

It might seem positive; however, this sidesteps, indeed, eradicates, conversations about race and equity, as if they have no relevance in a society where they remain one of the biggest and most divisive problems, rooted in a historical development that had as its roots the near annihilation and dispossession of native peoples and the enslavement of men and women forcibly brought from faraway Africa.

Idaho is not unique in the trend, as a dozen states, including Iowa, Louisiana, Missouri, New Hampshire, Oklahoma, Rhode Island and West Virginia, have also introduced bills that would prohibit schools from teaching “divisive,” “racist” or “sexist” concepts.

According to a paper published by USA Today, such legislation attacks “critical race theory,” a movement of scholars and civil rights activists, which questions and critically examines how the legacy of slavery (in August 1619 the first cargo of enslaved Africans arrived on the shores of present-day U.S. territory) and systemic racism still affects American society today and are everyday experiences for people of African descent.

Thus, this legislative pattern – especially in Southern and Republican-dominated states – is seen as a backlash against teaching anti-racist lessons in schools, a barrier to learning true and hidden histories in order to entrench the racism against African descendants in the U.S. society.

The pattern is seen as a backlash against the teaching of anti-racist lessons in schools, a barrier to the learning of true and hidden histories to enthrone the socio-economic dominance of white elites, who also cover up class-based profiteering, whatever the skin color of the exploited.

Two key events
These final days of May mark two dates a century apart, the first anniversary of the murder of George Floyd in Minneapolis, when the relentless knee of policeman Dereck Chauvin squeezed his neck for more than eight minutes and prevented him from breathing. It was a crime that shook America and continues to shake it, and outraged the world. Then there is the centennial of a massacre of which very few in the northern nation are aware: the Tulsa massacre.

In Tulsa, Oklahoma, dozens of Black citizens were murdered -some estimates reach more than 300 victims of the racist barbarism of white mobs, joined by the police and the National Guard-, between the night of May 31 and June 1, 1921, in the Greenwood area, which was known as the Black Wall Street, due to the economic prosperity and intellectual development achieved by its inhabitants, and which was reduced to ruins and ashes in the fires.

Yet a significant part in size and power of the United States avoids it and does its best to sidestep it.

The detractors of critical race theory, the conservative elements that deny the existence of systemic racism in America, hoist its eradication and not only try to “discredit” it by calling it “Marxist”, above all they impute it to be a plan to “teach children to hate their country”, therefore, they are a threat to American society and the nation.

The Trump administration opposed the teaching of that history in public schools, asserting that it was “divisive and un-American propaganda.” Trump said, “Students in our universities are inundated with critical race theory. This is a Marxist doctrine that holds that America is an evil, racist nation, that even young children are complicit in oppression, and that our entire society must be radically transformed.”

Another reality
A recent study by Reflective Democracy, a group working to build a democracy in America that works for everyone “because it reflects who we are and how we live in the 21st century,” found that white men hold 62 percent of all elected offices despite being only 30 percent of the nation’s population, exercising minority rule over 42 state legislatures, the House of Representatives, the Senate and state offices from coast to coast.

Some analysts recall that this wave against critical race theory only “crystallized” with Trump, but was awakened when Barack Obama came to the White House, which “was shocking and traumatic for people who had always imagined the United States as a white nation,” according to Adrienne Dixson, a professor at the University of Illinois and author of the book Critical Race Theory in Education.

On both sides, the debate has grown over the past year with the nationwide, ethnically diverse, age-group-wide activism of Black Lives Matter which burst onto the social scene of the national conservative organization Parents Defending Education, whose purpose is to confront what they consider “divisive and polarizing ideas in the classroom,” as Critical Race Theory sees it.

On their website Parents Defending Education released a study in which they claim that 70 percent of respondents said it is not important for schools to “teach students that their race is the most important thing about them.” that 74 percent opposed teaching students that whites are inherently privileged and that Blacks and other people of color are inherently oppressed. They also say that 69 percent opposed teaching in schools that America was founded on racism and is structurally racist. Likewise, they say and that 80 percent oppose the use of classrooms to promote student political activism.

Is American society polarized? Undoubtedly, and in my opinion, this is an extremely dangerous element, a boiling cauldron with no safety valve.

7 months ago Juventud RebeldeObama, racism, US Society0
Cuba at the Baseball Pre-OlympicsSecretariat of PCC Central Committee