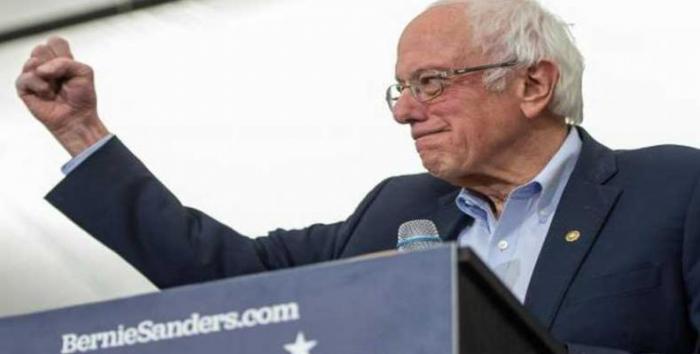 The Democratic primary left Bernie Sanders in New Hampshire as the winner today and turned around the result of the February 3 Iowa caucus, which gave an advantage to former South Bend, Indiana Mayor Pete Buttigieg.

Gone is the chaotic assembly of nine days ago, whose late delivery of results due to a computer error led to all sorts of criticism and suspicion of the Democratic Party.

In the New Hampshire election, Sanders confirmed his status as favorite among the Democrats and took more than 25 percent of the vote, while Buttigieg came in second place.

On his Twitter account, Sanders announced, “Our victory in New Hampshire is not about me. It’s about us. It’s about the movement our grassroots supporters, volunteers and donors built that will transform this country.”

Only these three candidates earned delegates in this nomination contest to find President Donald Trump’s rival in November.

For a pre-candidate to get delegates, they had to win at least 15 percent of the vote,. This was a condition that was not met by, for example, Senator Elizabeth Warren, who did not get even 10 percent.

While the progressive Sanders led the Democratic presidential primary Tuesday, now former favorite Joe Biden suffered another major setback that now raises doubts about the viability of his campaign.

In the second nomination contest to find Donald Trump’s opponent, the former vice president was fifth, far behind the first choices and behind contenders such as Warren and Klobuchar. In Iowa, Biden had been fourth.

As if anticipating the disappointing result, Biden left New Hampshire and headed to South Carolina long before the results began to be known.

Now he hopes to stay afloat at least until the Feb. 29 elections in South Carolina and a series of contests in other southern states on so-called “Super Tuesday” of March 3.

Businessman Andrew Yang and Senator Michael Bennett dropped out of the race for the Democratic nomination, due to poor results in the Iowa caucus and New Hampshire primary.