Cristina Spoke About “Sincerely” at the Havana Book Fair 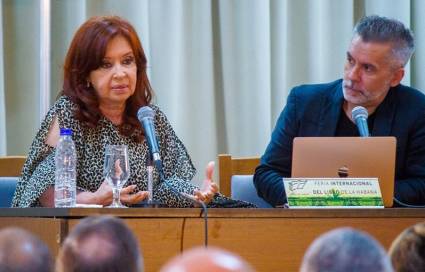 The presentation of Sincerely in Havana is the first that Cristina Fernandez has made outside of her country, and also the first in her capacity as Vice President Author: Maykel Espinosa Rodriguez Published: 08/02/2020 | 09:17 pm

A “crowd” of Argentines had been chanting for a few minutes: “Ya volvió, ya volvió” (He’s back, he’s back), among other songs, when one of Cristina Fernández’s compatriots suggested: “Uno cubano, uno cubano” (One Cuban, one Cuban). Then we heard: “Pa’ lo que sea, Cristina; pa’ lo que sea!” (Whatver you want, Cristina. Whatever you want!”)

Shortly thereafter, the former president and current vice president of Argentina burst into the crowded Nicolás Guillén hall of the Morro-Cabaña Complex, accompanied by the Cuban president, Miguel Díaz-Canel Bermúdez.

The preamble to a meeting that went beyond the mere formal presentation of a book could not be different, because Sincerely – her first volume of this type, and the one that precedes it with three others that compile speeches and texts – is much more than a strictly literary event and also constitutes, as the presenter Marcelo Figueras, an Argentine journalist, commented, a “political phenomenon”.

The text -a bestseller since its presentation in Argentina last April, welcomed with anticipatory warmth, the electoral results that would follow- was started by Cristina on the eve of the electoral transfer to Mauricio Macri, as she wanted to tell what had happened to her and to Argentina after that day.

She finished it in Cuba, where she finished writing the last chapter, started in the dining room of her house before coming to visit her daughter Florencia -sick from stress and cared for here, in March 2019-, which turned out to be, in the end, the first chapter of a book that, she clarified, is not an autobiography.

Combative as the passages that the author narrates and the greetings that she received were Cristina’s comments – although casual and often humorous – during the evening, led by colleague Marcelo with that professionalism shown when he asked the Vice President almost everything that each of the attendees would have liked to know.

In the case of the years of “Macri-ism”, they could not be left out of the book or the notes with which she explained its content, phenomena such as lawfare or the judicialization of politics, which she described as a special chapter of Latin America, but which acquired in Argentina a mafia and anti-family component, with the purpose of stigmatizing it.

It was no longer necessary to “disappear”, as the military did during the dictatorship against “dissident militants” of Latin American governments. This was replaced by media suppression through stigmatization, he explained.

In Argentina, after that dictatorship that began in 1976, a financial model came into place that indebted the country by more than ten billion dollars a year and tied it to the International Monetary Fund (IMF) until the arrival of Néstor Kirchner to the presidency, the development of an industrialization model and the payment that de-indebted the nation. For the first time Argentina, he noted, was not subject to IMF conditionality.

But with Macri came another period of indebtedness amounting to $30 billion per year, which left Argentina receiving the new administration with a debt of $44 billion to the IMF. “That was not by chance”, he said.

Cristina beieves that this should be a turning point and that the sovereign debt should be investigated, as a way to prevent the cycle from repeating itself, independently of the debt restructuring process initiated by the government of which it is part. “A point must be made. Never again,” he said.

She reaffirmed the position of the Frente de Todos and Alberto Fernández since the electoral campaign. You can’t pay if the country can’t grow economically, and you can’t grow if you don’t inject investment into the economy. The first thing we have to do to pay is to get out of the recession, he said.

Cristina Fernández gave a masterly lecture. And she gave it as she wrote: Sincerely. 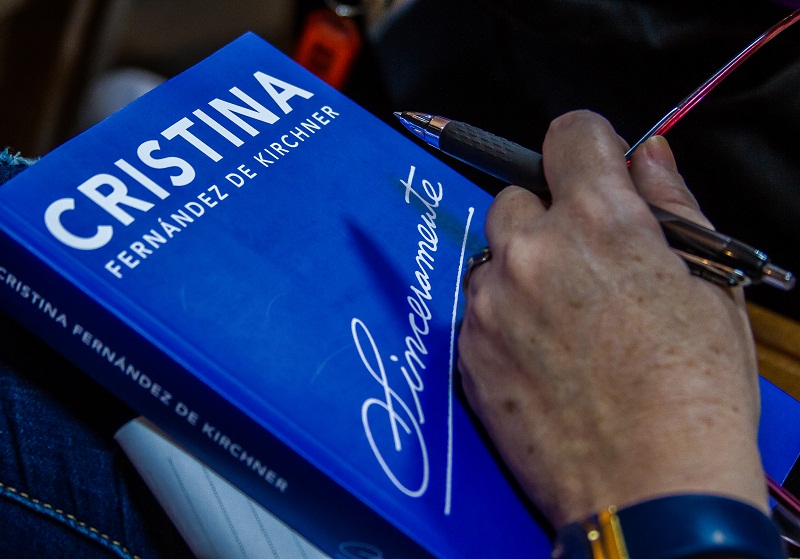 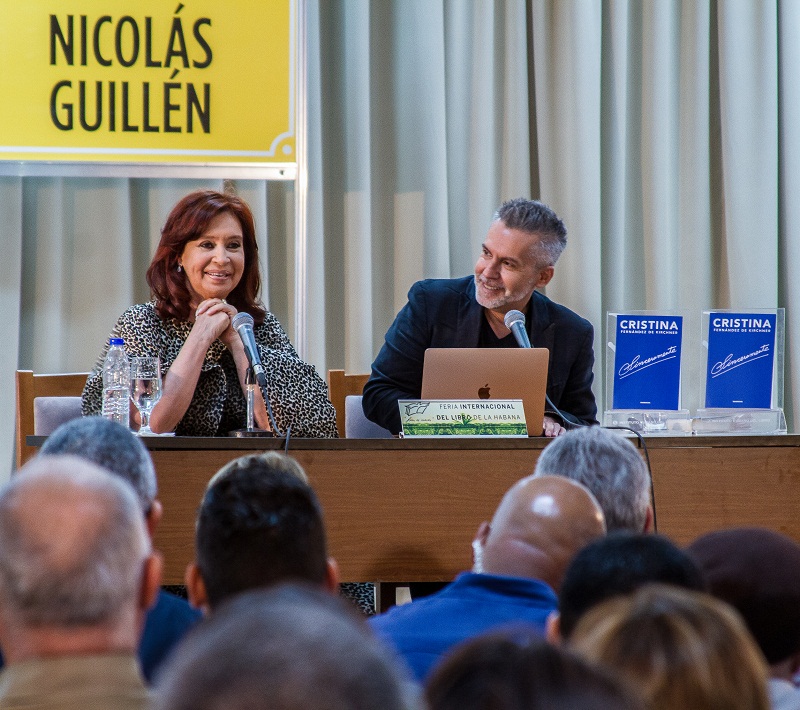 Cristina thanked the medical attention received in Cuba by her daughter Florencia, and had words of recognition for the health professionals of the Island. Photo: Maykel Espinosa Rodríguez 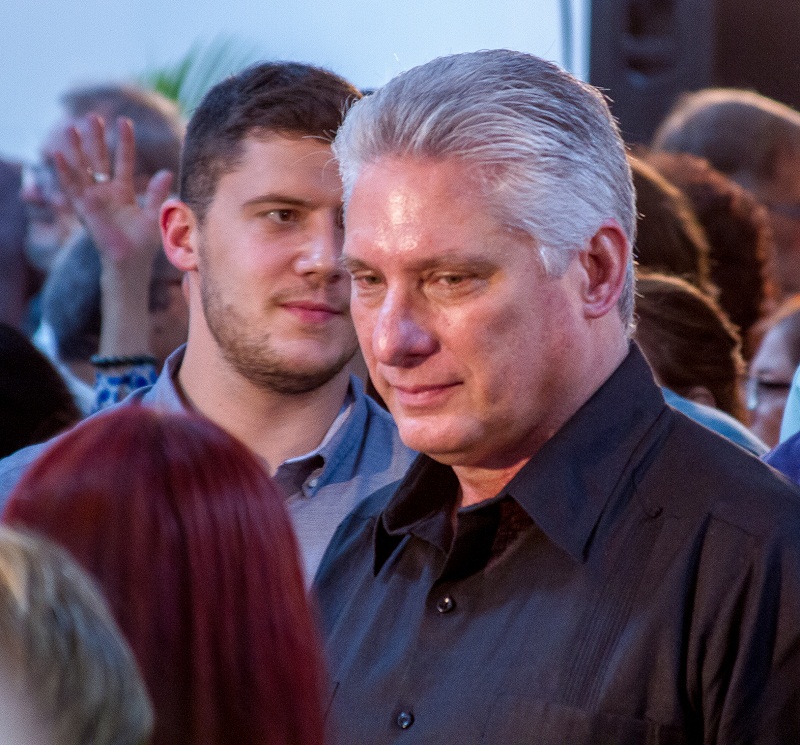 The President of Cuba, Miguel Díaz-Canel, attended the interesting evening together with intellectuals and the general public of the Island, as well as Argentinean visitors to the Fair. Photo: Maykel Espinosa Rodríguez