The Other Side of Dependency:
Protecting Family Caregivers

Demographic aging is a phenomenon that poses multiple challenges at all levels, which are common to all societies 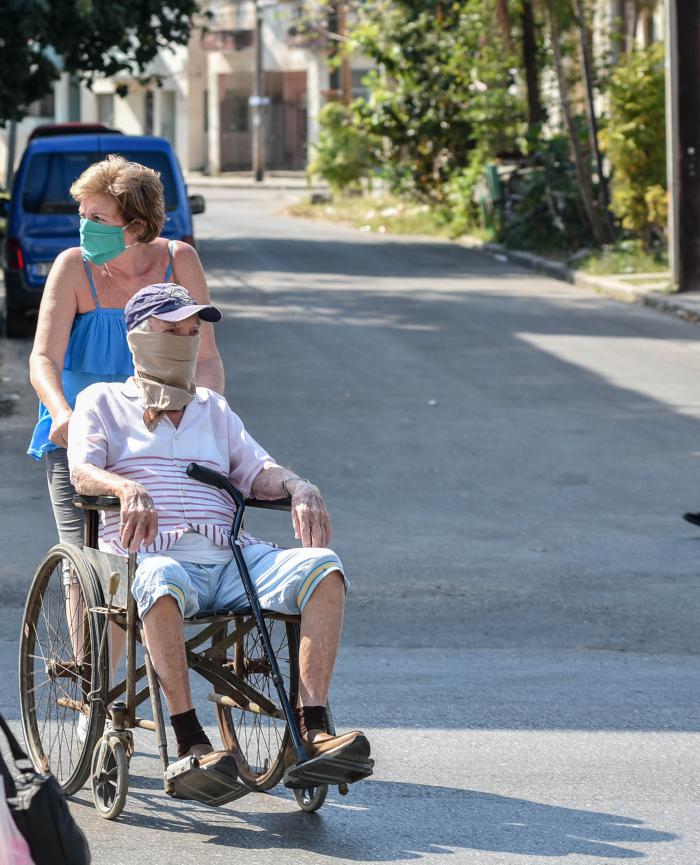 Coronavirus, Ayestaran Street
Three-quarters of the elderly population in Cuba, who are in care, receive informal support, and it is the family that contributes most to this, and of these three quarters, 85% of the informal care is provided at home Photo: Ariel Cecilio Lemus

Demographic aging is a phenomenon that poses multiple challenges at all levels, which are common to all societies.

According to an article by the Center for Demographic Studies at the University of Havana, Cuba has been ranked, after Uruguay, as the country with the second-highest number of elderly people in Latin America and the Caribbean since 2015.

The statistics also reflect that in much of Europe, North America and in some Latin American countries, there is a considerable increase in the number of older people, even those over 85.

However, the analyses of the phenomenon of population aging have always weighed, more or less correctly, the approaches from the vantage point of those who receive care, and never, or almost never, “which is not the same, but it is the same”, from that of the caregivers.

The current legislation, according to Dr. Leonardo Pérez Gallardo, president of the Cuban Society of Civil and Family Law, of the National Union of Jurists of Cuba, does not contain any reference to the subject. Hence, this is probably one of the novel aspects to be incorporated in the new Family Code, which could be presented to the National Assembly of the People’s Power this year.

Afterward, there will be the popular consultation, discussion with the deputies and final approval, in a referendum, of the resulting text, as dictated by the Eleventh Transitory Provision of the Constitution.

OF CARE AND CAREGIVERS

Although dependency is not a new phenomenon, says Perez Gallardo, “the convergence of different factors such as demographic aging, increased life expectancy and changes in family structure, have led to it becoming a phenomenon that requires urgent and appropriate responses from political, technological, social, health, psychological, family, economic and, of course, legal.

The dependent person, he explains, requires assistance from others for a prolonged period, that is to say, it is not a question of attention for a passing illness, but it implies the need of assistance for those activities of the daily life. This care, constant and lasting, over a long period of time, has been called long-term care, and it involves the provision of assistance with progressive intensity.

Nor can it be lost sight of, in Pérez Gallardo’s opinion, that chronic illnesses and disabilities can be accompanied by functional and cognitive limitations that end up preventing people from enjoying an independent life.

In situations of this nature, family care generally takes on a more prominent role. The key, warns the professor at the University of Havana Law School, lies in the physical and emotional availability of a person to devote himself or herself regularly to the care of that family member, even to the point of giving up or reducing his or her productive or working capacity in order to satisfy the demands of the recipient of his or her services.

In Cuba, according to Dr. Leonardo Pérez, three-quarters of the elderly population in care receive informal support, and it is the family that contributes most to this. And of those three-quarters, 85% of informal care is provided at home.

Family caregivers, says the President of the Cuban Society of Civil and Family Law, are also called informal caregivers because, unlike professional caregivers, the former are engaged in care for a circumstantial reason, without specialized knowledge and without compensation.

Moral duty which, by the way, and as a lag in a patriarchal and androcentric society, is usually attributed to women, either as daughters, wives or sisters. It has even been assumed as “logical” that it is the children’s wives who take care of their in-laws, especially when they did not have female descendants.

Without a doubt, summarizes Pérez Gallardo, there are many and varied risks that the caregivers assume, because this activity implies, in the personal order, resignation to an adequate life. In the social order, it implies isolation and, in the professional order, loss of their productive capacity and even abandonment, total or partial, of their life project.

For this reason, he emphasizes, “it is necessary to regulate the rights of family caregivers so that the legal system can make them visible, based on the recognition of their autonomy and dignity, as well as the condemnation of any form of manifestation of family or gender violence against them.

“There is an urgent need for legislation that recognizes the right to their own care, to dedicate time to personal activities, to be treated with respect and to receive the due support of the rest of the family members. It is about protecting, from the Law, the other side of the care”.

The protection of caregivers, acknowledges the professor, “should not only be transversal in the field of public law, but also from the private law, capable of providing useful tools to compensate the asset imbalance associated with the performance of the work of caregiving.”

In the words of Pérez Gallardo, “it is necessary to focus on those people who, as caregivers, have been left socially and economically unprotected after the death of the care recipient. To this end, the rules of both family law and inheritance law can be important instruments.

“It would be worthwhile to think of alternatives that, without diminishing altruism, affection, solidarity, dedication and love, encourage care, compensate for silence, emotional and physical overload and facilitate an equitable and fair redistribution of the inheritance”.

In that sense, he points out, “the freedom to bequeath can be a useful alternative and within everyone’s reach. Nobody better than the one leaving [material resources] to compensate the efforts of the caregiver. And, in the absence of the exercise of the power to bequeath, it will be up to the legislator, as they see fit, to establish the best correlation between participation in the inheritance and care for that person in the twilight of life”.

The Chinese model, he suggests, “could be a mirror for the succession rules, from the establishment of more and more flexible rules in the legal succession, suitable to give an answer to the dissimilar social equations that this 21st century has been establishing, in pursuit of a distributive justice in favor of the caretakers”.

The constitutional text, proclaimed on April 10, 2019, establishes in Chapter III Families, of Title v Rights, Duties and Guarantees that

The State, society and families, as far as each one is concerned, have the obligation to protect, assist and facilitate the conditions to satisfy the needs and raise the quality of life of the elderly. Likewise, to respect their self-determination, guarantee the full exercise of their rights, and promote their social integration and participation.

The State, society and families have the obligation to protect, promote and ensure the full exercise of the rights of persons in a situation of disability. The State creates the conditions required for their rehabilitation or the improvement of their quality of life, their personal autonomy, and their social inclusion and participation.