Home Parasites, Trump and Gone with the Wind

Parasites, Trump and Gone with the Wind

Parasites, Trump and Gone with the Wind

Viewers who’ve seen Parasites, and know of its quality, still scoff at the critical mess cooked up in Colorado, especially after the film’s producers responded that the problem is that the president can’t read subtitles. But what did Trump mean when he said “let’s bring back Gone With the Wind”? 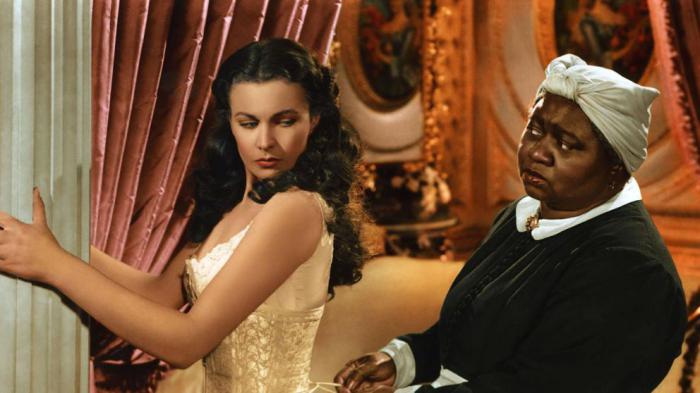 No one is forced to applaud a film praised by half the world, but at least, before giving an opinion, you should see it.

In his harsh criticism of the Oscar-winning film Parasites, President Trump let it be known that it was unknown, which did not prevent him from accusing it of being foreign, because it speaks another language, has subtitles, its protagonists are Asian, and – this last must have been blown by any advisor on the return from the cinema – it is a political and social allegation against the system that he reveres!

The film world already knows that anyone who tries to challenge the president’s actions will be diminished by insulting Twitter messages. Thus, Meryl Streep is “a second-rate actress,” Robert de Niro “a very low IQ individual,” Black director Spike Lee “a racist,” actor Alec Baldwin (who mimics him on Saturday Night Live) a conspirator “who should be punished along with the show,”. This recently led Baldwin to compare him to Hitler, and the latest pearl of the show, from a few days ago, during the election meeting in Colorado, where he criticized Brad Pitt – “I was never a big fan of him; he stood up and said a smart thing, he’s a smart guy”- because the actor, after receiving his Oscar, joked about the political process, without witnesses, who “judged” Trump.

The flag-waving minions of the Republican Party cheered when the president, on the campaign, was bewildered by Parasites’ Oscar, and called for a return to the days of awarding films like Gone with the Wind. This was a warning from the top of the establishment to the winds of change that – for the sake of maintaining hegemony and other considerations – seem to be coming to the Hollywood Academy: “… a
South Korean movie! What was that about? We have enough commercial problems with South Korea already. On top of that, we’re giving them the Best Film of the Year… Was it good? I don’t know. Let’s bring back Gone With the Wind, please. Twilight of the Gods. So many great movies…

Viewers who’ve seen Gone With the Wind, and know of its quality, still mock the critical mess cooked up in Colorado, especially after the film’s producers responded that the problem is that the president can’t read subtitles, but what did Trump mean by “let’s bring back Gone With the Wind?”

First-hand conservatism and racism, no more and no less, and along with it, offensive misinformation, unless, knowing the terrain he was treading on, he didn’t care about restoring the laurels of an anthological film, yes, but in the background of evaluations after it was established that, in addition to its racist overtones, it didn’t lack syrups and other tricks to idealize the slave-owning past of the South.

In the middle of the 21st century, the myth of Gone with the Wind, elevated to the empyrean by the enormous marketing that accompanied it, slips and cannot be sustained. A little over two months ago, on December 15, 2019, it was 80 years since its massive premiere in Atlanta. However, Hollywood preferred to go overboard and exalt instead The Wizard of Oz, also from 1939.

In the documentary The Legend Goes On (2014), the prestigious American sociologist Camille Paglia situates in a simple way what the film was: “it is not honest with what the slaves of that time felt”.

In August 2017, the Orpheum Theatre, a historic movie theater in Memphis, decided to withdraw its annual exhibition of Gone with the Wind after the bloody racial clashes that took place in Charlottesville (Virginia), where it became clear that race relations are still a pending issue in the United States. Trump received harsh criticism for his verbal lukewarmness towards white supremacists, a sector encouraged by the Republican boom: “It’s both groups’ fault,” Trump said in those days, washing his hands of where the attacks had come from, like the neo-Nazi who killed a woman with his car.

While there is no shortage of Gone with the Wind advocates as material from which critical lessons can be drawn. It’s all very well for it to be seen as an epoch-making cinema classic, but its racist weight is too strong for the new, non-conservative generations to take into account. This, without losing sight of the fact that, as a commercial film, the film crowned the Hollywood of spectacular sound and color alongside the proclaimed star system.

The all-powerful producer [David] O. Selznick is known to have emptied Margaret Mitchell’s romance novel of anything that might be critical of Southern racists. These inluded references to the Ku Klux Klan founded by America’s far-right in 1865 with veterans of the Civil War. But it is enough to see how the liberated blacks, potential criminals, are represented to be intoxicated by the racist stench that emerges from the film.

The Hollywood Academy tried to mitigate the issue by giving Hattie MacDaniel the secondary Oscar, the first black actress to receive it, for her good performance as Scarlett O’Hara’s “Mamie”. The horror came later, when, at the awards ceremony, for being black, and also a lesbian, she was seated on a separate bench, far away from her fellow filmmakers, and then she was not allowed to attend the banquet of the winners because the segregationist laws did not allow it.

Bringing back Gone With the Wind films to face films like Parasites?

No way to think of a respectful response.

2 years ago Granmamovies0
Culture of Violence in the USAU.S.-Backed Deal Exposed