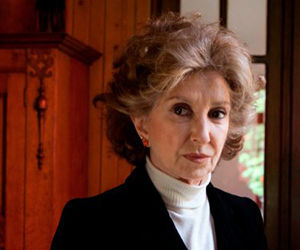 Icon of the Argentine cinema, actress and director Norma Aleandro arrives today at her 81st birthday in a full creative phase.

Much rain has fallen since she starred in The Official Story in 1985, the first film from this southern nation to win the Oscar for best foreign film and for which she earned the laurel at the Cannes Film Festival for Best Actress.

She became one of the most acclaimed faces inside and outside of Latin America, Aleandro remains very active, at once directing theater or lending her voice to classic national and world tales in a new cycle in Buenos Aires telling a story.

She recently primiered the play Escena de la vida conjugal, about the work of Swedish Ingmar Bergman, in which she directs two other great actors, Ricardo Darín and Erica Rivas, at the Maipo.

Although almost always seen in front of the cameras, the role of director also draws her.

“It’s a different place to the extent that someone else is going to take the stage but I’m in a place where being an actress is good for understanding the actor’s mind and vice versa. We are good for the actors and we also like to be able to direct, although they are two very different things,” she said in recent statements to an Argentine media.

“It helps a lot to understand the human being and therefore yourself. You have to put other people in place who have very different customs, who have loves and hatreds very different from yours, which helps you empathize with the other human being next door.

Argentines who have grown up with Aleandro thank her for her memorable movies and leave nice messages for her on social networks like Twitter and Facebook on this new birthday.

Born on May 2, 1936 in Buenos Aires, Aleandro made her debut in 1952. Among her most notable films are: Autumn Sun, Anita, Gaby: a true story, The son of the girllfriend and The Son of the Bride, and the bed inside.