Home Clinical Record of the Murderer of Leon Trotsky

Clinical Record of the Murderer of Leon Trotsky

Clarín (Argentina)
Unpublished
Clinical Record of the Murderer of Leon Trotsky
The Cuban novelist writes about an unknown chapter of the end of Ramón Mercader in 1978.
By Leonardo Padura
A CubaNews translation. Edited by Walter Lippmann. 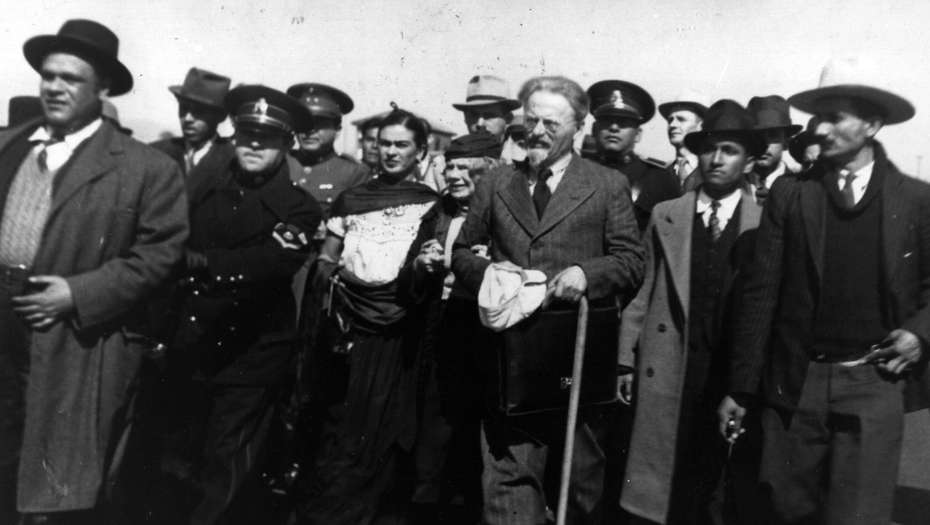 Dr. Miguel Angel Azcue, oncologist, would surely have taken many years to find out who had been the patient to whom, in the first months of 1978, he had diagnosed advanced cancer of the tonsils. In fact, it is even more probable that the doctor would never have come to know the identity of that old and sallow Spaniard who was brought to his clinic by none other than the hospital director, Dr. Zoilo Marinello.

For Dr. Azcue to find out, on October 21, 1978, who this enigmatic patient had really been (and you will understand why I use this qualifier), a whole series of coincidences, were shaped up and developed almost by a superior destiny interested in revealing to the doctor a hidden and alarming story.

The first essential fact to make the whole assemblage effective was that on October 20  Dr. Azcue saw and immediately diagnosed– the invisible assassin of Trotsky, Ramon Mercader del Río, died in Havana devoured by that cancer.

The second indispensable fact is that, against what had been arranged, news of Mercader’s death crossed the iron curtains of anonymity and silence, and, by some means, was leaked to the international press. Because –it goes without saying– the Cuban press never published this or any other news related to the presence, for four years, or the death in Cuba, of the Spaniard who, in 1940, had violently murdered the number two man of the October Revolution.

Other facts that combined to make the doctor astonished to the point of shock were that on October 21, 1978, Dr. Azcue and his colleague, Dr. Cuevas, left Havana for Buenos Aires to participate in an oncology congress to which they had been invited. If there had not been such a congress and such an invitation, Azcue and Cuevitas –as everyone calls the experienced Cuban oncologist– would not have been aboard the Aerolineas Argentinas flight that covered the Havana-Buenos Aires route at that time.

Because, if, instead of traveling with the Argentinean company, they had traveled with Cubana de Aviación, perhaps Azcue and Cuevas would not have learned the truth.

The difference lies in the newspapers that are available to the passengers in one and the other airline: On Cubana, Cuban papers; on Aerolíneas Argentinas, Argentinean press.

The Cuban newspapers, as I said before, would have contributed to keeping Azcue in ignorance for at least another day, or perhaps many more days, perhaps even forever. The Argentinean paper, on the other hand, showed him a headline which, from the start, touched him in many ways: “The Murderer of Leon Trotsky Dies in Havana” –and a photo that shook him up and down: this Ramón Mercader which appeared in the newspaper, had to be the same patient who, months ago, he and Cuevitas had diagnosed with cancer.

This was confirmed by Cuevas, his colleague from the Oncology Hospital and seat mate on the Aerolíneas Argentinas airplane it was on this plane, to almost complete the conjunctions of this history, the doctors had been given a newspaper from Buenos Aires and not one from Havana.

But, in fact, the story of Dr. Azcue’s relationship with Trotsky’s killer had begun thirty-eight years earlier in Mexico City. Azcue, who had been born in Spain, had come to Mexico very young and did not move to Cuba until about 20 years later. As a child, he heard his father say that the Soviet leader had been killed in his house in Coyoacán.

Since then, he had lived with curiosity awakened by that story that had moved not only his father –a Spanish Republican– but also millions of men and women in the world.

Over the years, he would learn the few facts everyone knew about Leon Trotsky’s killer: that his name (presumably false) was Jacques Mornard. He claimed to be a disenchanted Trotskyist, even though everyone knew it was a scam; that he had killed Trotsky with an mountain-climber’s axe, with much premeditation and tons of treachery; and that, for that crime, he served a twenty-year sentence in Mexican prisons … and practically nothing else.

Perhaps the veil of mystery, silence, plot, and deception that had gathered around the murderer had kept Azcue’s interest in that man alive over time. He kept it in Mexico, brought it to Cuba and kept it almost lost in a corner of his memory, but alive and latent.

The interest was buried in his mind when he got on the Aerolineas Argentinas plane and opened the newspaper that would place him face to face with a remarkable truth: that he, Azcue, had had this same assassin before him, had spoken to him, had touched him, and had been in charge of telling him that he would soon die.

Azcue would always vividly remember the afternoon when Dr. Zoilo Marinello brought him that patient. The fact that the director of the hospital asked him to –with his other oncologist colleagues specialized in “head and neck cancer”– examine that Spaniard who was a case “of his”, motivated Azcue’s curiosity.

Then there was also the fact that the man who –according to his words– had been seen by many doctors (he did not say who or where) who had not been able to diagnose the obvious and widespread tonsil cancer that was killing him, was a surprise to the team of specialists and marked a notch in the memory of the doctor.

Finally, the fact that the consolation treatment –a few radiation sessions that Azcue and his colleagues prescribed to the patient considering the spread of the disease– was not given to him at the Oncology Hospital, but at another institution, completed the engraving of the case in Azcue’s memory. Otherwise, perhaps he would have become one of the tens, or hundreds of people he examined every year.

In the request of the director of the hospital there were several elements that, only months later, when he knew who his patient was, did Dr. Miguel Angel Azcue begin to understand: Dr. Zoilo Marinello was an old Communist militant, brother of the politician and essayist Juan Marinello, one of the most renowned leaders of the former Popular Socialist [Communist] Party in Cuba.

As the doctor would learn much later, Ramon Mercader and his mother, Caridad del Río, had friendly relations with some of those old Cuban Communist militants, including Juan Marinello himself, and with musician Harold Gratmages with whom –Azcue would learn much, much later—Caridad had worked when Gratmages served as Cuban ambassador in Paris (1960-1964).

So, if anyone knew or had to know who the Republican Spaniard invaded by cancer was, that man was Zoilo Marinello. It was not, therefore, an ordinary request.

It was also years after Mercader’s death, and the discovery of his real identity, that Doctor Azcue would have a strange new commotion related to that dark and obscure character. It happened in the mountainous area of the center of the island: the Escambray, where there is a museum dedicated to “La Lucha contra Bandidos” (The War Against the Bandits), as the low-intensity war developed in the 1960s in that area between the guerrillas of opponents of the system and the militias and revolutionary army was called.

In that museum, among many photos, there is one of a group of fighters “cazabandidos [bandit hunters]” in which a man appears appears who … according to Azcue, had to be Ramón Mercader! Is it possible that when we all believed he was in Moscow, Mercader was in Cuba, collaborating with the Cuban anti-guerilla or counterintelligence services? Although the evidence at hand makes that possibility unlikely, Dr. Azcue believes that only if Mercader had a twin, the man in the photo at the museum (not identified in the written notes of the display) was not Mercader.

Twenty-five years after the death of Ramon Mercader, while I was beginning my research to write the novel about the assassination of Trotsky, which I named The Man Who Loved Dogs, I had the misfortune and the luck of meeting Dr. Miguel Angel Azcue. The reason was initially painful and worrisome: following the removal of a small wart that my father had on his nose, the routine biopsy done in those cases had proven positive, that is, that cancer cells were present. I immediately got in motion to see what we could do for my father and, as we always do in Cuba, the first option was to find a direct path to the possible solution: the way of friends.

Then I wrote to my old friend and study partner José Luis Ferrer, who has lived in the United States since 1989, because his mother, Dr. Maria Luisa Buch, had been the assistant director of the Oncology Hospital (under Dr. Marinello). Although she had died, surely there would remain friends on the staff of the institution. In this way, only a few days later, I arrived holding my father´s hand, at the clinic of Dr. Azcue. From the very start, he took the case as his own and –today we know: and here lies the fortunate part of the story– saved my father´s life.

It was in one of those visits to Dr. Azcue’s clinic –I had already given him some of my books and an extra-hospital friendship had developed– when I told him that I was getting ready to write a novel about Trotsky’s killer. I remember that the good doctor’s gaze locked on mine before he said, sardonically and proudly, “I met that man and I have an incredible story about him…”