She also questioned the government of Iván Duque for saying that something very serious will happen during the demonstrations. 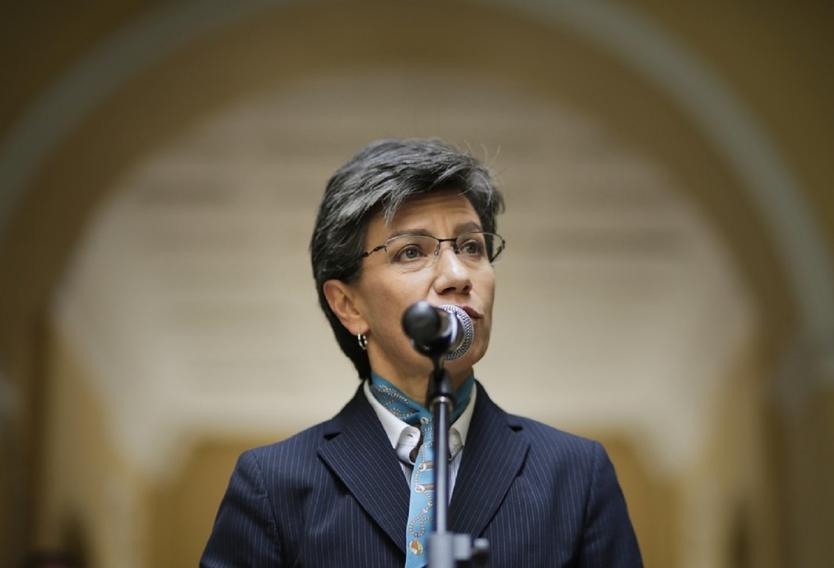 The elected mayor of Bogotá, Claudia López, criticized the presence of soldiers in the streets of the capital in the face of protests on Thursday, November 21. She also noted that the government should not be afraid of demonstrations that are convened by different sectors.

“I do not see why there’s so much alarm. As if we had never seen a demonstration in Colombia. The government cannot fear its citizens, this is an elementary principle because a democratic government owes its citizens,” said the mayor.

She said that “the National Army has very specific functions, is trained for very specific things and certainly not to attend public demonstrations. That is neither its constitutional function, nor is it properly trained for that so that we make a mistake.”

According to the elected mayor, “neither Bogotá, nor any city in Colombia needs militarization for a legitimate social mobilization, convened by serious organizations, which have often marched and have all said that they will do it peacefully.”

Lopez also questioned the government of Iván Duque, for saying that something very serious is going to happen, and said that “what will happen is that the citizens who expressed themselves at the polls will express themselves again in the streets.”

This may interest you: Parties ask their militants to march peacefully on the day of unemployment
https://www.rcnradio.com/politica/partidos-piden-sus-militantes-marchar-pacificamente-el-dia-del-p

“What is the novelty? What is the fear? We are acting as in the story of Gabriel García Márquez: – Something very serious will happen in this town! (…) Those same demands that were seen at the polls are the ones that are going to take to the streets. They are the ones that we have to accept, listen to and honor because citizens are asking us to listen with respect, not to instill unnecessary fear, unnecessary tension and to act. “

The mayor, who participated this Wednesday in the Congress of the Colombian Chamber of Infrastructure held in Cartagena, revealed that on Thursday (November 21), “I will be in Bogotá; I am not on strike, but at some point in the mobilizations I will go through the programmed citizen organization points,” she said.

2 years ago TranslationsColombia0
Google and Facebook Threaten FreedomDominica: The Next Victim?