Home MYTH: “If the Cuban revolution is so good….

MYTH: “If the Cuban revolution is so good….

MYTH: “If the Cuban revolution is so good, Cubans living in the U.S. and defending it should return to Cuba 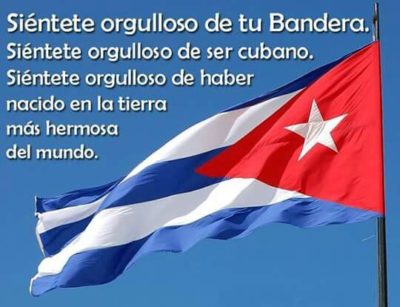 The decision to live in the United States is an individual one and is made for one or more of many reasons that are part of a freedom of conscience that no one, especially those who lack the necessary authority, can question. Hundreds of thousands of Cubans live in the United States who wish to establish civilized relations between this country and Cuba, to be able to travel freely to the island and to send help to their families.

Within this sector, there are many who defend the humanist character of the revolution, its achievements and triumphs, its immense effort to achieve a system of equality and social justice, its solidarity, without this necessarily meaning that they assume, in their totality, the revolutionary principles, methods and objectives.

A considerable part of the Cuban population in the United States has already put down deep roots. They have established or rebuilt their families. They have children, grandchildren, nephews, etc., born here, and only someone who is very blinded by rancor, very ignorant, very insensitive, or very irresponsible, can demand that, for ideological reasons, they abandon them and return to live in Cuba.

To a great friend and comrade, Michael Martínez, born in the United States of Cuban parents, a union leader, in a demonstration demanding the cessation of hostility against Cuba and Venezuela, a television journalist publicly asked the well-known question: If the Cuban revolution is so good, why don’t you go and live there? Mike’s answer was, in my opinion, the best of all: “I am not going to live in Cuba because it is here, in the United States, where the Revolution must be made.”

Maintaining links with the Homeland is completely normal. What is not normal is that someone, who calls himself a Cuban, supports the criminal blockade against Cuba, advocates intensifying the economic strangulation of his own people, tries to prevent the reunion of families, promotes the execution of terrorist acts on the homeland and shows himself – in his visceral hatred – a supporter of an invasion of Cuba by the Marines, even though he knows that they will only collect “the dust from his blood-soaked soil,” as Antonio Maceo warned.

But since it is a question of questioning, why not question the hundreds of thousands of Americans who, also for multiple reasons, have established their place of residence abroad? Why, if the United States is paradise, do so many go to live in Costa Rica, the Dominican Republic, Mexico? and it is possible to find them in practically any corner of the planet? This, without going into the subject of occupation troops, CIA stations, secret prisons and military bases all over the planet.

Finally, and without trying to exhaust the subject, although the Cuban government has the decency not to use the fact as propaganda, every year there are thousands of Cubans who, in spite of all the difficulties, return to Cuba for the permanent and definitive reunion with their identity and their roots.