Home Let It Not Be Said

Let It Not Be Said

Let It Not Be Said 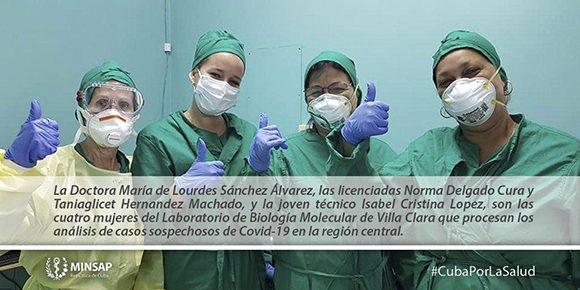 A hidden threat often triggers fear and anxiety on a personal level, in each of us. Knowing the possibly fatal effects of the threatening agent, multiplies the anguish and with it the tendency to seek solutions usually extreme and unlikely to be effective. If, in addition, these effects are visible, and they already affect others, then the cycle closes: perception of indiscriminate-risk increases the idea of vulnerability-uncertain resolution behavior. But even though it is known that in a pandemic situation, such as the one our planet is experiencing today, and our country is no exception, some are tempted to fall into the trap that distances them from appropriate behavior. There appear then, behaviors of neglect and denial (those that underestimate the situation, do not recognize it in its shocking reality, or hallucinate a certain invulnerability), and also behaviors that contain the necessary ones, but with a tendency to transcend them in excess, so much so that they can produce the opposite effect.

I believe that, in general, we have more in focus those who, due to an excess of confidence (personal and institutional), from an absolutely mistaken deduction (“nothing is going to happen here”, “I’m not going to be so unlucky”, and others similar), without taking into account the extra personal vulnerabilities. In other words, that is to say without the slightest perception of risk, ignore the essential measures of protection and care. I confess that some psychological traits make some more likely than others to build such an attitude. But nothing justifies or sustains it. We are what we are capable of doing with who we are. And that is how we build a better way of being.

But it is important to focus also on the other end of the bell of Gauss, that which describes what would be a normal distribution. Perhaps, by intensifying in order to attract attention, I mean those who hype-act the measures, with innovations of dubious value, moved from an excess of anxiety mobilization. When this happens, and the sense of basic care in the face of the pandemic is passed on, that which scientific knowledge dictates as essential actions, the way to face the situation seems to be helping us, but it may be harming us. Then, from a harmful mental disposition, any care seems little to us, and we can begin to produce not so careful care, which by its extreme nature, I insist, can be a generator of damage. Exaggerating is a common way of falling into what is being avoided.

Pandemics, in any of their forms, but the more aggressive they are, the worse they tend to promote among some people the idea, and not just the idea, but the deep belief, that along with the essential isolation of suspected and already victimized cases, the best thing is the total absence of links with everything around them. What, without a doubt, if this were the case, would have to be undertaken with supreme responsibility and at the right time. I therefore share a vigilance and a just and legitimate concern in this direction. A concern that is not stubborn and excessive, but constructive and sustained. In any case, legitimate, understandable and with the right to speak. Because only by talking will it be productive.

But I would like to refer to that action that implies having the unreasonable certainty that the enemy is anywhere, or rather everywhere, and that we have to find a hiding place at any cost and at any price. And I am not talking about the care and limitation of direct physical contact, which is usually one of the causes of the epidemic’s spread, but about the spiritual, identity-based sustenance of the forms of expression of human values. It would seem that for some people limiting behavior is synonymous with limiting, invalidating, the values they contain. 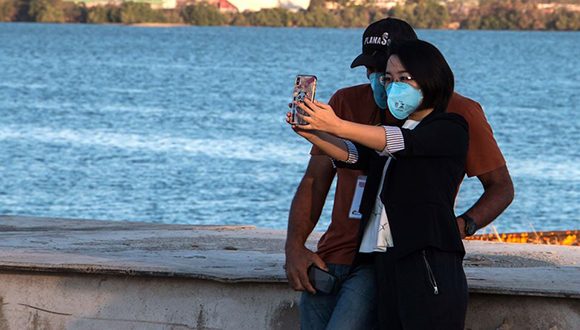 Let’s think about the challenge of distance. As a way to substantially cut the chain of transmission, scientists and professionals from many parts confirm the need to maintain a certain distance, they call for so-called social distance. What does this mean? In operational terms, maintaining a social distance means: not being in places where many people are, staying away from crowds of people; keeping a distance of about two meters from other people; not touching other people. Perhaps it is better to talk about physical interpersonal distance, to show that it is proposed to considerably limit physical contact, since it is one of the most powerful causes of the spread of the disease. Then, it is clear that shaking hands, hugging, kissing, these expressions of affection, love, friendship, companionship, tend to be substantially avoided in the current conditions of a pandemic.

But distance is not necessarily a problem. The problem is always separation. With you in the distance, it is not only a beautiful poetic phrase, but also an ethical attitude, a human relationship. García Márquez confirms it: “Distance is not a problem. The problem is the humans, who do not know how to love without touching, without seeing, or without hearing…” Ernesto Lecuona, in his beautiful Always in My Heart, convinces when he says that “nothing should be able to stop me from loving you”. The essence, is the essence, no matter how many different ways it is expressed. The essence of expressions of affection lies in the feelings and values that motivate them, and these can be lived, expressed and shared in many more ways.

Limiting is essential. But it is not necessary to limit, on the contrary, it is necessary to multiply, that spiritual, valuable substantiality that is expressed in this way. I am talking about the challenge of making the kiss, the embrace, the handshake felt, where it should not be physically realized. We know, paraphrasing Galeano now: good and authentic human feelings and values cannot be silenced. If they are not expressed in one way, it will be in another. But they cannot not communicate, they cannot stop interacting, co-living. To silence them would be to spread the maleficence of the pandemic.

The same goes for collaboration, solidarity, interpersonal relations, willingness to help and support. The axiom “all for one and one for all” applies, with undoubtedly different expressions, to these moments of indispensable precautions, but which cannot undermine the human essence. What we can achieve will always be more, and more forceful, if we do it together. That, on pain of being accused of being super-optimistic, is to emerge strengthened, resilient, from such violent and destructive adversity. That is, to take charge of an intelligent optimism.

A pandemic is not just a health, scientific, and political challenge. It is also, and above all from my professional perspective, an attitudinal challenge. It is our attitudes that protect us. It is they that get us through the situation. It is they who ensure that among the foreseeable consequences, there are also achievable conquests, just as “among the thorns, flowers are born”.

I defend, summon and fight for the self-care of each and every one of us. But, I need a self-care that implies, that includes the other (like a quantum reality, I could say some physicist). That self-care that knows how to take care of others, of ourselves. That which is not only personal responsibility, but human responsibility. That which commits us to preserve, and also to nourish and cultivate, our human essence, our condition as human beings. I say this because I know it professionally and scientifically, and I believe it deeply, “if I did not believe, what would I be?

But since temptations exist, since the human mind gives for the good and the not so good (even the bad), gives for the earthly and the divine, then it is necessary to be attentive, and to refer to our personal essence as human beings. I say more, to our national being, to our identity, to our being Cuban [somos cubanos]. So, to focus on our light zones and not on the dark ones, on what makes us a country where everybody is a brother, a partner, a friend, where anybody throws a line at anybody, where if we solve everybody, if we are participative, proactive, and extroverted (sometimes to diffuse limits), we are recognized as good people. Like that neighbor in my neighborhood, whom I observed from my balcony, who suffered the denial of a handshake with a buddy on the corner, and with genuine acceptance commented:

Who’s going to change what we are, let alone a virus, however many crowns he has?” And separating himself two meters away he said to the other: “Hand or no hand, I love you, my sister. You are on my team.”

“Who’s going to change what we are, let alone a virus, however many crowns he has?” Photo: Rafael Martínez Arias/Facebook.