Home How Does Google Get Away With It?

How Does Google Get Away With It?

How does Google get away with always knowing where you are?

The services Google offers on devices with Android and iOS operating systems store your location regardless of terminal settings. Photo: TECHcetera.

The services Google offers on devices with Android and iOS operating systems store your location regardless of terminal settings. Kevin Curran, professor of computer security at the Faculty of Computer Science and Engineering at the University of Ulster (Ireland) explains to Sputnik how Google gets away with it.

“In 2007, it was discovered that Google logged climate access points using the company’s vehicles on the streets. In 2017 we saw the company sell the unique addresses of cell phones stored on telephone poles. Now we’ve discovered that when you deactivate the location, data is still transmitted when we receive weather updates,” Curran explains to Sputnik.

In other words, Google knows where you are even though you’ve explicitly disabled location settings in your cell phone settings. Curran points out that the blame lies with the custom ads in the applications. Between April and June, Google made $32 billion in profits, 90 percent of which came from advertising.

“People find it cheaper to buy ads to show on their cell phones, but Google doesn’t make much money from them. What’s really important for Google is to know where you are,” he explains. So the company offers those who buy those ads a tool that gives them access to data related to the demographics of a particular region, allowing them to target the people they’re interested in. That’s how Google makes real money.

“The more data – especially about the location – the more ads and the more benefits for Google. So what they really want is for you not to deactivate your location history. That’s why they tell you that [giving up your location] will make the ads more specific and the services they can offer you will be better. And to a certain extent, it’s true,” the specialist points out.

The problem would not exist if the settings of the device gave the user full authority over their personal data. If, when deactivating the location, it would not end up in the hands of third parties. But the problem exists and it is then when the responsibility falls on the company. Google should better specify what the user gets and doesn’t get by disabling location settings, Curran reports.

“Some people have never entered the Google activity log, but the log shows you where you’ve been. If you have it activated (which is what most people do), you can see all the trips you’ve made, how high up the street you’ve been, and the pictures you’ve taken when you were there. If you go to Google’s ‘My Activity’ tab, you’ll see not only your search history, but also the places you’ve been,” he warns.

Also, how many times have you opened WhatsApp or any of the other apps on your mobile phone? The situation is aggravated by the fact that the vast majority of terminals on the street have Google services and applications installed. And while it happens on all Android devices, iPhone is not saved either. “Google pays Apple a lot of money to have their services on iOS,” he reveals.

“It doesn’t matter what phone you’re using. If you use Google services, they will continue to track you,” he warns. 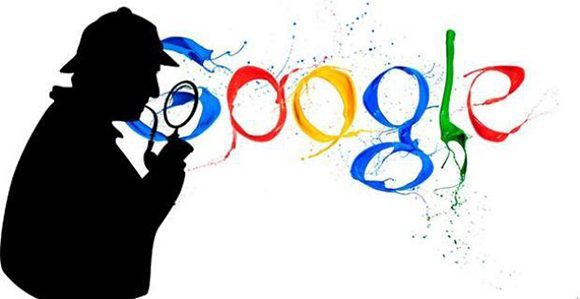 “It doesn’t matter what phone you’re using. If you use Google services, they’ll continue to track you. Photo: NetView.