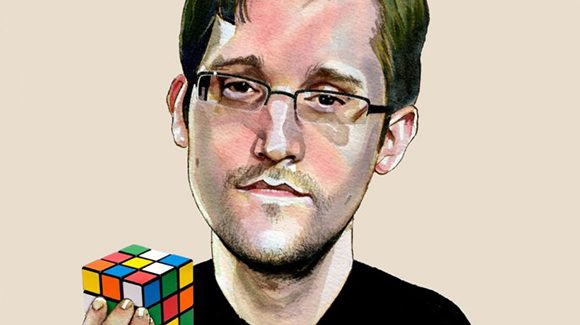 Edward Snowden is regarded by the United States as a traitor for his leaks. Photo: Financial Times.

Edward Snowden, video conferencing from Moscow before an audience at Dalhousie University (Halifax, Canada), denounced that the U.S. government tends to hijack and militarize telecommunications innovations, taking advantage of the natural human desire to communicate and exploiting it for unlimited power.

“They took our nuclear capability and turned it into the most horrible weapon the world had ever witnessed,” Snowden said, arguing that the 21st century is seeing the same trend, but with computer science: “iits reach is unlimited… but not the safeguard measures!

Snowden argues that modern militarized technologies, with the help of social media and technological giants, allow governments to become “all-powerful” in their ability to monitor, analyze, and influence people’s behavior.

“It is through the use of new platforms and algorithms […] that we can change our behavior. In some cases, they are able to predict our decisions, and they can also push them toward different outcomes,” he said.

For Snowden, the need for human beings to belong to social groups is being exploited, as network users voluntarily consent to provide their private data by signing carefully drafted agreements that almost no one ever reads.

“They have hundreds and hundreds of pages of legal jargon that we are not qualified to read and evaluate and yet are considered binding on us. And now these institutions, which are both commercial and governmental, […] have structured and entrenched it into the most effective means of social control in the history of our species,” he concluded.

Edward Snowden is known for leaking information about U.S. government spying programs to society through the NSA and the CIA.

In video, Snowden on how digital companies and governments use our private data

3 years ago Translationstechnology0
How Does Google Get Away With It?Harriet Tubman will have to wait