Home Harriet Tubman will have to wait

Harriet Tubman will have to wait

Harriet Tubman will have to wait for her $20 bill.

The merits of the one chosen to illustrate the twenty dollar bills were obvious, although to tell the truth, not to the “tastes” of the current president. 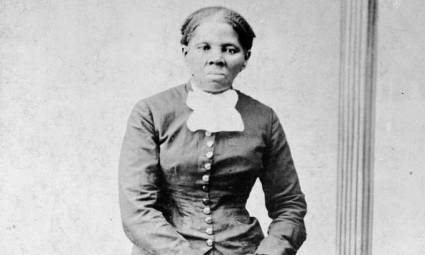 “For the first time, a woman will appear on U.S. bills.” “The face of Harriet Tubman, a former slave and abolitionist militant, will replace President Andrew Jackson on the $20 bills. On April 20, 2016, almost at the end of Barack Obama’s presidential term, these were headlines in the U.S. and world press – because of the power and globalized scope of the U.S. currency.

Harriet Tubman was born into slavery in 1820, escaped from inhumane captivity in 1849, and went on to organize slave rescue networks, many of them to Canada. During the American Civil War (1861-1865) she served with the Union army as a cook, nurse and even a spy. At the end of her life, Tubman – who died in 1913 at the age of 93 – helped organize movements for women’s suffrage.

Precisely, the new bill was to be circulated no later than 2020 to commemorate the centennial of the 19th Amendment to the U.S. Constitution, which gave women the right to vote.

A discriminatory designation for women was to be broken, and Tubman’s election to place her alongside other American heroes who are honored in the monetary system was not easy. The consultations lasted almost a year, [there were] thousands of proposals, and in the end, the finalists included First Lady Eleanor Roosevelt and the legendary leader of the movement against racial segregation and civil rights of the 1950s, Rosa Parks, the courageous young woman who, on December 1, 1955, in Montgomery, Alabama, refused to give up her bus seat to a white man, as racist laws and customs dictated. 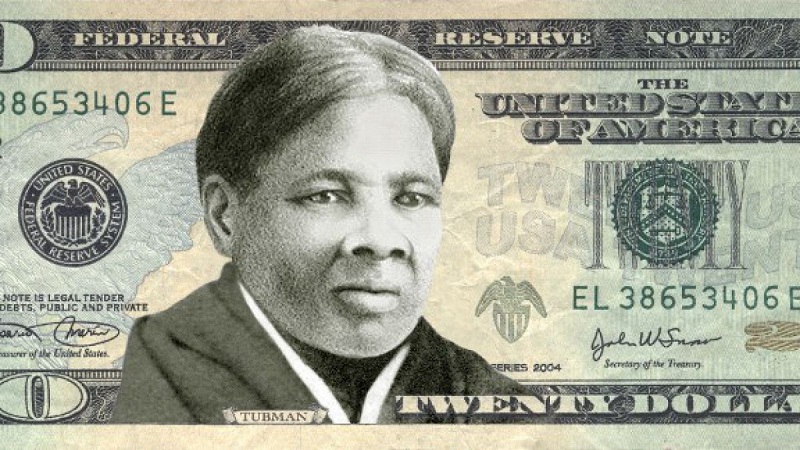 But, if in 2016 the then-Secretary of the Treasury Jacob Lew had already seen a photo and proof of design of the bill with the face of Harriet Tubman, why are there still no effective steps to replace the paper money that has General Andrew Jackson as the protagonist, even if it is moved to the reverse [side] as agreed?

Jackson also has a history: Owner of hundreds of slaves who worked on his Hermitage Plantation, he began in the military camp during the War of Independence against the British. He earned the rank of general by waging war on the Indians, first on the Creek, who called him Jacksa Chula Harjo, which means “Jackson, old and fierce”, and on to the Seminolas, among whom he was known as “sharp knife”. As the seventh president of the United States, Andrew Jackson stood out especially for having signed the Indian Removal Act, guaranteeing the theft of their ancestral lands and provoking a march toward Oklahoma in which thousands of natives died, and he was given the name of “Trail of Tears.

In 2016, Twitter overflowed with predictable messages from conservatives and traditionalists – not to say also racists – who saw the decision as an affront from the forces they called “politically correct”.

There werer also tweets in favor of the inclusion of the ex-slave. A historian commented in the Huffington Post: “In 2016, the United States faces serious problems related to poverty, inequality, and racism. The arrival of Harriet Tubman on the $20 bill will not solve these problems. Its purpose is to present itself as a vivid and powerful symbol of freedom, equality, and inclusion. It is up to us citizens to make use of it.

But then-Republican presidential candidate Donald Trump said in 2016 that he opposed the decision that honored Tubman. He called it “pure political correctness”. Rejecting the measure was already an insult to both women and the African American population, and he multiplied it by suggesting that Harriet Tubman should be on the two-dollar bill, [which has been] discontinued in the U.S. monetary system.

What is real now is that the current Secretary of the Treasury, Steven Mnuchin, said last Wednesday, May 22, that plans to replace Andrew Jackson’s portrait on the $20 bill by abolitionist leader Harriet Tubman are on hold until at least 2026.

Mnuchin was questioned by Massachusetts Democratic legislator Ayanna Pressley, who told him: “The American people understand the importance of representation on the banknotes of the world’s most powerful economy. … Do you support Harriet Tubman on the $20 bill?” and the cantifleus came as a response: “I have not made any decision since it refers to that decision not being made, in, as I have said (…) until 2026 probably.”

The representative reminded him that there was a national community process, to which Mnuchen argued: “again, it is a decision of the Treasury Department. Now my decision is focused on security functions”, referring to the fact that they could not be falsified…

Andrew Jackson is an admired president and perhaps even Donald Trump’s favorite. Some historians claim that Jackson had an arrogant and difficult character…