How Did the Global #QuedateEnCasa Campaign Begin?

A Spanish-language label is spreading rapidly through Facebook and Twitter. Used in serious, funny publications, it is used by professionals to share tips on how to protect themselves from COVID-19 and the citizens of the world when they post photos from their days of isolation, at home, in physical isolation. 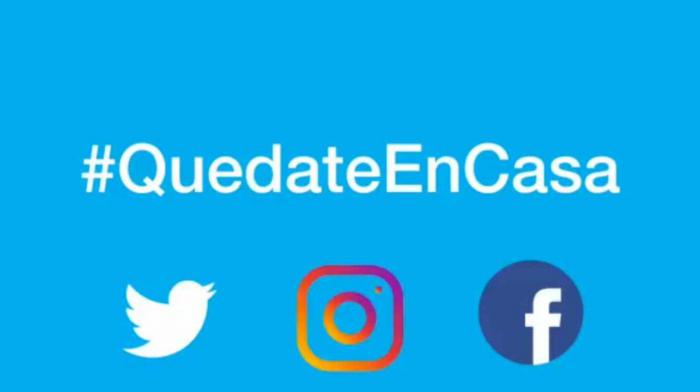 This is the famous label #QuedateEnCasa, which – who would imagine it – began as a challenge from the doctors and nurses at the Hospital Clínico in Madrid. They invited all of Spain to become aware of the importance of individual responsibility to avoid infecting other people, according to the Mallorca newspaper.

The challenge, the first and most famous of many launched later by people from all over the world, began with a video available on the official Twitter account of the Public Health of the Community of Madrid that exceeded 250,000 views in five hours. In the audiovisual, the medical staff calls on the population to join a voluntary quarantine and recommends taking responsible measures so as not to collapse the Spanish health system.

According to Europa Press, the promoter of the initiative was surgeon general Sandra García Botella, who came up with the idea “because of the impotence of seeing that the message that is being transmitted through the media is not reaching the people well” (?) “it’s not a vacation, the children don’t have to be in the park, [the young people] don’t have to be staying, they don’t have to go out to the bars,” she said.

She also added that with the youth “it doesn’t work for a politician to go out and give a message, hashtags [labels] work, challenges work.

The campaign, which immediately went viral on social networks, was joined by representatives from the world of sports, entertainment, culture and “influencers. Now there are videos calling for social isolation, such as the one by the Spanish Football Federation. New challenges have appeared to encourage confinement, such as daring to tell a goal, creating recipes with a sporting aroma, doing crossfits with bags of rice, or playing golf with toilet paper, says Marca, one of the most well-known media in the field of sport.

In Italy, they launched a campaign similar to the Spanish #QuedateEnCasa. The authorities resorted to more shocking images to reach their population more effectively. Then the campaign calling for quarantine had to be turned into law to contain the pandemic.

Quarantine is the way to limit the movement of healthy people who may have been exposed to the virus and don’t know it, says the World Health Organization. It usually lasts 14 days and must be done by all people who arrived from affected areas with high transmission of the virus.

Social distancing, on the other hand, is the separation of one meter between one person and another; and is based on the call not to go to public places, as well as to avoid population concentrations.

In the face of the global emergency caused by the new coronavirus that appeared in China at the end of 2019, many have decided to stay home voluntarily as a preventive measure.

By not going to work, not receiving visitors and not using public transport, the risk of contagion is potentially reduced. This type of decision is called voluntary quarantine.