Evo Morales registered as a candidate for the Bolivian Senate 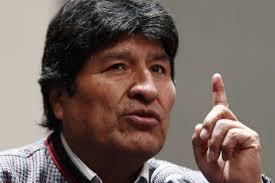 Bolivia’s former president, Evo Morales, is running as a candidate for the Senate for the Movement Towards Socialism (MAS) in the elections next May, after the de facto government made several maneuvers to prevent him from registering.

The former Bolivian leader said on Tuesday in a tweet that “MAS-IPSP (Political Instrument for the Sovereignty of the Peoples) was the first party to present lists of candidates”.

“I appreciate the hard work of our leadership in preparing them. Perhaps not everyone has been satisfied, but it is time for unity, for a conscious and reflexive vote to recover democracy and the country,” he said.

According to the electoral calendar, the Supreme Electoral Tribunal (TSE) has until February 21 to publish the list of qualified candidates, which means that until this date it will be known if the former president continues in the electoral race.