Chinese Communist Party leading the battle against the coronavirus

According to Radio China International, the meeting, chaired by the General Secretary of the Central Committee of the CCP, Xi Jinping, was aimed at studying the next steps in the fight against the disease, with the conviction of winning that battle
——————————————————————————-
Author: International Editor | internacionales@granma.cu 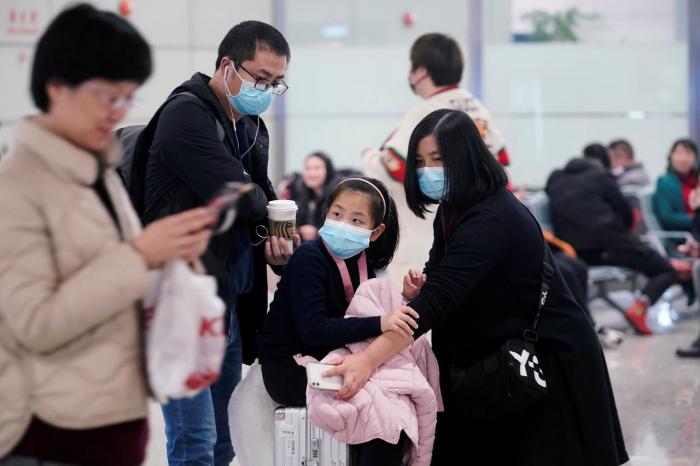 The 2019-nCoV outbreak has claimed more lives in China than the severe acute respiratory syndrome that affected the country in 2002-2003. Photo: Reuters

The 2019-nCOV outbreak has claimed more lives in China than the severe acute respiratory syndrome that affected the country in 2002-2003. Photo: Reuters

According to Radio China International, the meeting, chaired by the Secretary-General of the Central Committee of the CCPR, Xi Jinping, was aimed at studying the next steps for the confrontation of the disease, with the conviction of winning that battle.

With the death toll from the new coronavirus outbreak rising to 426, the World Health Organization (WHO) called for global solidarity, with special emphasis on collective surveillance.

According to Prensa Latina, so far there are 20,471 confirmed cases in the Asian giant, including 425 deaths; while 176 cases were recorded in 24 other countries and one death in the Philippines.

Drug in the test phase

Russian Deputy Health Minister Sergei Kraevói said Chinese specialists are testing a Russian-made drug known as Triazavirin to see if it can fight the coronavirus.

The news, published by Sputnik, assures that the Triazavirin is an antiviral drug from this Eurasian country of direct action of the azoloazine family. According to its creators, it is effective against 15 types of flu.

Cuba remains on alert although no cases of coronavirus have been reported so far.

Cuba’s Ministry of Public Health (Minsap) informed the people that, as part of the protective measures established at the national level to prevent the spread of the coronavirus in the nation, some people who in the last 14 days were in China and other countries with the presence of the virus have been isolated.

According to Dr. Francisco Duran, national director of MINSAP Epidemiology, these people presented symptoms similar to those of the coronavirus, and therefore were admitted to the Pedro Khouri Institute (IPK)and “other hospitals” on the island. However, it has not been confirmed that any of them suffer from the disease, he told Cuban television.