Cuban writer and journalist Albor Ruiz has passed away

He worked hard from the United States to achieve the Dialogue of 1978, a space that marked the beginning of an irreversible process of rapprochement between Cuba and its emigrants 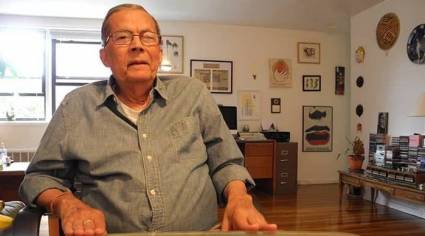 He had, in the words of the Progreso Semanal editorial, “a life rich in many adventures and deep commitments” with the Homeland. Author: Internet Published: 09/01/2021 | 05:10 PM

He left Cuba at the age of 20 on November 20, 1961. He studied Political Science and Philosophy in Florida. He was a columnist for the Daily News and El Diario La Prensa in New York, writing about issues related to the Latino community in the United States, while he lived in that city, and more recently, for AL DÍA News Media. He is a member of the Hall of Fame of the National Association of Hispanic Journalists in the U.S. But his most prolific work was in defense of the land of his birth and his people. Albor Ruiz, who turned 80 years old on Nov. 27, had, according to the Progreso Semanal editorial, “a life rich with many adventures and deep commitments” to the Homeland.

He played an outstanding role in organizing the movement of young Cubans who gathered around Areito. He was one of those who worked hard from the United States to achieve the Dialogue of 1978, a space that marked the beginning of an irreversible process of rapprochement between Cuba and its emigration. In this regard, Albor himself said: “Returning to Cuba was to remove a huge, gigantic weight that had been crushing me all along. It was a brutal change. Even more so when, without realizing it, the kind of propaganda that they make in the United States about Cuba is getting through to you, even though you know it is a lie, and you do not agree. But when I arrived and saw that, despite the tremendous problems, people were going to the movies, eating ice cream, having parties in the blocks with the children, the old people, the Chinese, the blacks, etc. For me it was a tremendous relief, I don’t really know how to explain it. I felt that these were my people.

As a result of that love and deep commitment to Cuba, he published his book of poems “In case I die tomorrow.

“Back to the Soil, Cuban Land
I am a foreigner and she calls me
Everyone knows that Cuba claims me
In case I die tomorrow”

Please accept our condolences to his family and friends.