Cuba to immunize its entire population

Cuba will be among the first countries to immunize its entire population.

Speaking at the Round Table space, the president of BioCubaFarma said that the vaccine production and distribution capacities have already been analyzed and organized for their programming until next December, once the studies of the four vaccine candidates yield the expected satisfactory results. 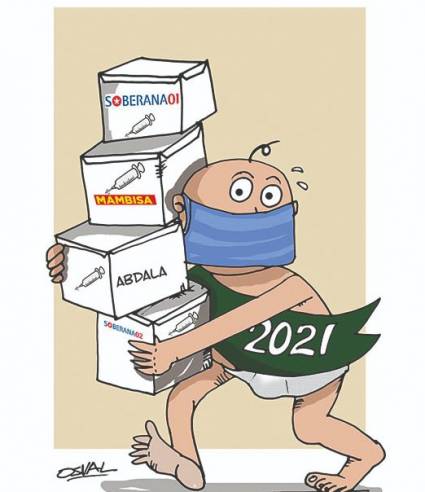 The confidence that Cuba will be one of the first countries that will be able to immunize its entire population from its existing capacities of production and distribution of vaccines against COVID-19 came this Thursday at the Round Table, dedicated to the subject.

Likewise, Mr. Martínez Díaz pointed out that they have already been analyzed and organized for their programming until next December, once the studies of the four vaccine candidates yield the expected satisfactory results.

He said that our scientists are working on four vaccine candidates at the same time because they all use the same type of antigen, so that the desired immune response can be achieved in all cases.

In addition, he explained that all the genetic information has been inserted in bacteria, yeast and cells of higher organisms, such as mammals, and that in the latest variants encouraging results were achieved which allowed advancing in that direction. Each one will differentiate the formulation of the vaccines, based on platforms used in previous vaccines with marked effectiveness and safety.

The President of BioCubaFarma said that “the vaccines are working well”, but we still cannot say that they are effective, “that is why we have to continue with the studies. We cannot bet on a variant and then the studies not give the expected results. In that case, we would have to start all over again”.

He emphasized that the production of several vaccines could be deployed at the same time, in case the expected results were obtained in all of them, and then the doses would be studied, according to each population group, as well as the possibility of assigning some of them to the treatment of COVID-19 convalescents.

He pointed out that, as an advantage, Cuban vaccines do not require large refrigeration chains, but temperatures of two to eight degrees Celsius. In addition, they allow for the application of successive booster doses, which is essential in view of the appearance of new variants of the virus.

Martinez Diaz insisted that it is not possible to acquire vaccines produced by other countries because there is not enough quantity to do so. “To date, only 108 million doses have been applied, which means that only a little more than one percent of the population has been vaccinated. Only 13 countries have applied more than one million doses of vaccine, including the United States and China.”

He stressed the need for an increase in the global vaccination rate and for prices to fall, so that the entire population has the possibility of protecting itself, including those living in poor countries.

Reply
Neosan72
Friday 05 February 2021 | 09:58:48 am.
The incorrect headline should read CUBA will vaccinate 100 percent of the population at the conclusion of clinical trials because you dare to anticipate events without having an idea of the effectiveness of the current vaccine projects It is very easy to write without delving into the matter and violate international procedures this can steal much credibility to the work of all scientists of our nation and I’m sure you do not have the information on the percentage of effectiveness and immunological load generated by such vaccine candidates.

Reply
Leo
Friday 05 February 2021 | 12:59:33 pm.
Hi all. I believe and trust in Cuban science and also in the managers and scientists who are in charge. If they say so it is because they know. My congratulations and hopefully they will be ready and only when they should be, not in a hurry. Greetings, Leo

Reply
neisicruz
Friday 05 February 2021 | 02:43:30 pm.
I trust in Cuban medicine, in our scientists, in the Revolution. Thank you for the effort you make every day.

Reply
Nery Pila
Friday 05 February 2021 | 11:11:21 pm.
The universal desire to be able to have the certainty of being vaccinated efficiently and effectively against Covid is immediate, but the certainty of Cuban scientists that we will have our population and who knows how many more internationally as usual is firm and certain. Congratulations to our scientists. I trust

Reply
Ariel
Saturday 06 February 2021 | 11:21:25 am.
Israel has already vaccinated 80 ? of its population and for free, Cuba may vaccinate its entire population but still can not be given time, we must first confirm the results of their vaccines. Let’s not be sensationalist, let’s stick to reality, so that we don’t see previous campaigns on various issues that later are not fulfilled.

Reply
Raider
Saturday 06 February 2021 | 12:46:17 pm.
Since we will be among the first who will be the other nations at the top of that list and with which vaccines have they procured vaccination?