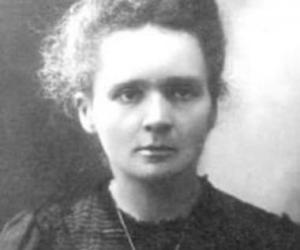 Intelligence, rigor, will, imagination, passion… these were some of the qualities of Marie Curie, the first woman to win the Nobel Prize. But there were more things in which she was a pioneer. We list them below:

2. The first woman to graduate in Physics at the Sorbonne University. That year (1893) only two women graduated in the entire University of Paris. Marie was also the first in her class.

4. The first woman in Europe to receive a doctorate in science (1903).

5. The first woman to receive a Nobel Prize in Physics (1903). The prize was awarded to her, together with her husband Pierre and Henri Becquerel, for the discovery of radioactivity.

6. The first woman to be a professor and head of laboratory at the Sorbonne University (1906).

7. The first person to have two Nobel Prizes. The second was in Chemistry, in 1911, for having prepared radium and researched its compounds.

9. The first Nobel mother with a Nobel daughter. In 1935 her daughter Irene was awarded the prize in Chemistry.