Preventing Gender Violence: An End to Breaking the Silence with Unexcused Looks

By Paquita Armas Fonseca, a Cuban journalist specialized in cultural issues. She is a regular contributor to Cubadebate and other digital media such as La Jiribilla, CubaSi and the Cuban Television Portal. She was director of El Caimán Barbudo.
February 4, 2021 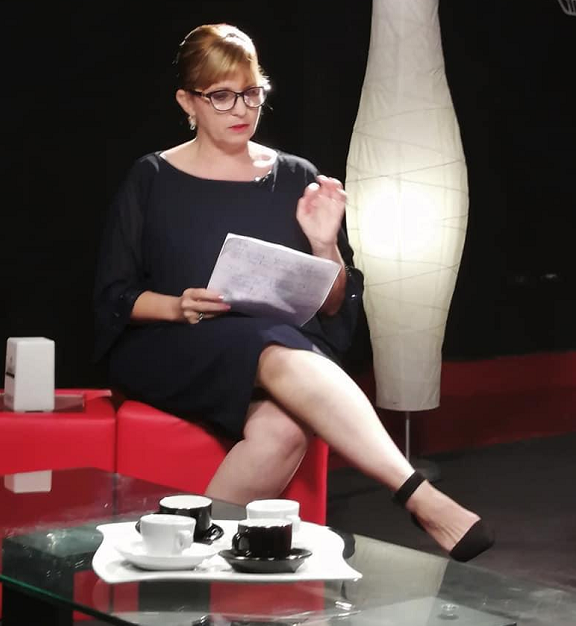 Beatriz Torres Rodríguez is the Bety who once a week has been talking about Sexuality and daily life for 20 years. Photo: TVC Portal.

Degree in Psychology, PhD in Psychological Sciences, Master in Sexuality and Sexuality Pedagogy, Professor and Senior Researcher, President of the Cuban Multidisciplinary Society for the Study of Sexuality (SOCUMES). Beatriz Torres Rodriguez is the Bety who once a week has been talking about Sexuality and daily life for 20 years, first on CHTV and then on Canal Habana.

That has been one of her jobs as a communicator, she has had others (you will find them in this text) and soon she will be the host of Miradas sin excusas, a magazine that will precede the awaited series Rompiendo el silencio (Breaking the Silence). “The panels do not comment on the chapters of the serial, but make reflections and look for alternatives and turning points to prevent gender violence to give alternatives for coping with it” stresses this charismatic psychologist:

-Why Psychology? Is there a gene in the family?

When choosing a career as a teenager, generally as in my case, there is no effective professional orientation, but I have always been a passionate reader and lover of cinema and I was attracted by the characteristics of the characters, how they faced conflicts, how there could be different alternative solutions, which not only depended on the environment in which people developed, among other elements and that approached the studies, which I later learned, were the components of the psychological framework. Also, because from what I knew was a helping profession, at that time with the vision of patients with psychiatric disorders, which constituted and constitute for me a great mystery, despite the years of professional practice.

There is no specialist in my family related to this science.

Since I was a student at the Psychology Department of the University of Havana, I became interested in this subject and received extracurricular courses given by what was at that time the National Group for Sex Education. At the same time, I began my professional practice in a Mental Health Center, and I saw how mental health disorders, whether the most complex and chronic or the most acute, mostly have an impact on sexuality and life as a couple, at different ages of life, which leads to present, from discomfort related to this area, to disorders, with a great burden of suffering in most cases.

This was later enriched by working at the Center for Medical and Surgical Research, where I expanded my diapason to the accompaniment and treatment of patients with chronic diseases, especially non-communicable diseases such as diabetes, hypertension and chronic kidney disease among others and the impact they have on sexuality, not only because of the disease itself, but also because of all the stigmas and prejudices of the patient himself, the couple, the team of professionals and society, mostly due to the lack of knowledge or undervaluation of these issues and the impact they have on the welfare of people regardless of the disease they have.

For ten years I have been the president of the Cuban Multidisciplinary Society for the Study of Sexuality (SOCUMES), one of its multiple lines of research is precisely gender violence.

In recent years I have also participated in counseling for women in situations of gender violence, where the implications are very marked in their sexuality, self-esteem and well-being, among others. In other words, for me it is an area of knowledge of great need and sensitivity and that, in our culture, since it is considered by the majority of the population as a private matter, people delay a lot in asking for help and in some cases do not do it at all.

-Where and when did you start as a communicator?

I started in 2000 on TV in CHTV, in its magazine, with the session Sexuality and daily life, with journalist Dianik Flores, a session that I later continued in Canal Habana, since its foundation 15 years ago, together with a group of prestigious directors and hosts such as Sandra, Magdiel and the entire production team, which has allowed me to grow as a person and as a professional and a systematic dialogue with viewers, because I keep a space within the session to answer them, based on the questions of the topics presented in the space. This exchange has been very enriching and I have been given alternatives of help or orientation to different services in the cases I require. Hearing, analyzing and learning from other colleagues whom I admire and who also have their section in the Magazine, has been very useful for me.

I have participated in other TV programs, such as El triángulo de la confianza, De tarde en casa, Entre tú y yo and Pasaje a lo desconocido, among others.

In addition, since 2005 and for several years, I developed in the newspaper Trabajadores a digital consultation on sexuality in their health page. The session was called “Let’s talk about sexuality”, which for years was a very interesting experience, receiving various questions from people of different ages, marital status, schooling, even from other countries, which allowed me to get feedback on the issues that most often concerned the population about sexuality and life as a couple and that many did not dare to raise, neither to their own partners, nor in the space of consultation, so we could see the usefulness of this space. I would like to acknowledge the collaboration of the journalist Carmen Alfonso, in charge of this health page.

I have seen the importance of communication on these issues in the media, since it allows a large group in the population to become aware, reflect and learn. At the same time, as a specialist, it has helped me to be aware of what concerns the population the most, in order to be able to offer help alternatives.

-Have you taken a speech course?

In 2008-2009, together with other specialists in charge of sessions at Canal Habana and a group of journalists, I took a speech course, which was very useful and a necessary learning experience.

-How long did you prepare for this job?

I was invited to be the host or moderator of the panels of specialists of the magazine Miradas sin excusas, before the presentation of the chapters of the serial Rompiendo el silencio. Although the preparation time was short, we had the necessary and deep table work, both with its director and screenwriter Elena Palacios, Altair Reyes, the head of production and advisor Karina Paz, magnificent professionals, with whom we developed an excellent teamwork.

In addition, for some years, I have had an approach from the research with the problems related to gender violence, I was one of the coordinators of the Consensus of Gender Violence, organized in 2018 by SOCUMES and in the meetings of researchers in gender violence, organized by the Oscar Arnulfo Romero Center. For the last 5 years, we have jointly organized a colloquium on this topic. For three years I have been part of the counseling team for women in situations of gender violence in this institution. All this has made it easier for me to raise awareness and deepen my knowledge of these issues.

-What topics will be discussed? 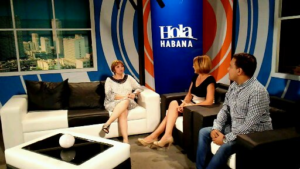 It is a specialized magazine of analysis of the different expressions of gender violence, which will serve as a framework for the two seasons of the series Breaking the Silence. It tells the stories of women and girls in situations of violence, in its different forms of presentation, from the most recognized and obvious, such as physical violence and sexual abuse, to the more subtle, but no less serious, such as psychological and other types of violence. In its second season, it expands and diversifies to other forms of violence, such as violence against men. There is a representation of the different contexts where it can occur, such as the family, the couple, school, work, among others.

Its first season was intentionally broadcast in early December 2016, in the framework of the Day for Non-Violence against Women and Girls. For the first time, a national teleseries addressed this issue of gender violence as a central axis, which continues in its second season as a common thread.

The themes of this second season are related to:

Sexual violence against girls, adolescents and adult women in its different forms of expression.

The consequences of gender violence affect the main victims (women), but also the rest of the family members and the perpetrators themselves.

One of the consequences of GBV is the reproduction of violence, particularly for women in the double condition of victim-victimizer.

Rape within the family.

Stories of characters with their conflicts, limited situations and responses to them are presented, with the aim of provoking recognition, analysis and awareness of this phenomenon of gender violence.

The panels were composed of specialists from different fields of knowledge, who had two characteristics in common:

They were experts in their fields of knowledge and in issues related to GBV.

They are very sensitive to these issues.

We had 58 appearances, according to the characteristics of the topics, there were experts who participated in more than one panel on several occasions. Psychologists, Sociologists, Jurists, Journalists, Anthropologists, Pedagogues, Doctors, Historians, Filmmakers, Communicators and Photography Professionals, among others, were represented. Teamwork was achieved and the most important thing, in my opinion, is that we sought to enlighten the population on these issues, to see the signs of GBV, its causes, repercussions in the family, society, the different alternatives to face it and where to find turning points in the different situations that arise, in order not to reproduce violence and, most importantly, to prevent it.

-Any recommendations for viewers?

Not to be alarmed by these issues, since the important thing is to recognize the different forms of GBV, and that this is a social problem of such importance, that to stop at the number, or if it is more or less frequent, is not the essential thing, but if a single woman, girl or any person is in these situations, it deserves all our effort and attention. The most important thing is to PREVENT, so that GBV and any form of violence does not become naturalized. Hence the political will of our country and its institutions to achieve an effective, comprehensive and integrated response. This magazine is part of this effort, of the many that are needed.

The FMC, together with other institutions, is leading this strategy, which is already showing signs such as the helpline and the Women’s Advancement Program, among others.

-Is there anything I haven’t asked you or anything you’d also like to say?

Finally, I would like to thank once again the entire team of the magazine and Ms. Mareleen Díaz Tenorio, with whom we had a systematic exchange during the entire filming process, since she was the capable advisor of the series Breaking the Silence.