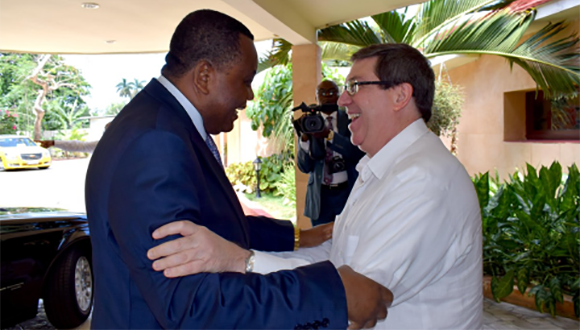 The authorities of Congo-Brazzaville decided to repatriate 142 students from that country who attend universities in Cuba, for “having violently claimed their scholarships” or recorded “deficient academic results,” was reported Wednesday to the AFP.

On the list of expellees are 66 students who had violently claimed their scholarship arrears at the Congolese Embassy in Havana at the end of March.

“These students crossed the red line. They behaved in an unexemplary manner. Even on social networks we saw one of them fighting with a Cuban policeman,” said Jean-Claude Gakosso, Congolese foreign minister.

“The Cuban authorities no longer want them in their territory,” he added during a dialogue with the parents of these students on Tuesday.

The second group is made up of 76 other students who will also be repatriated, but in these cases “for having recorded a succession of (academic) failures, both in medicine and in learning the official language of Cuba (Spanish),” according to Bruno Jean-Richard Itua, the country’s minister of higher education.

Gakosso recently returned from Cuba, where he led a large delegation. In Havana, he spoke with Cuban authorities. No date has yet been set for the return of the students.

“The safety conditions of these young people who will return to the country will be guaranteed. They will be immediately made available to their parents,” said Interior Minister Raymond Zephirin Mbulu.

As of last March, Congolese students in Cuba had accumulated 27 months of scholarship arrears, according to Itua, who said they were paid 12 months after the demonstrations.