I Still Think That Chicharrones is Meat 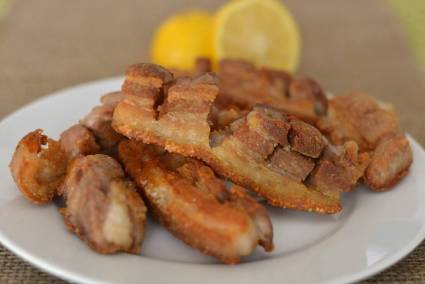 Numerous nutritionists, as well as food experts, claim that the delicious deep-firied crackling pork rinds is not only not fattening, but is even beneficial to health and should be included in many diets.

It is said that pork rinds have high amounts of collagen, so when you eat them you will feel full sooner, which will make you eat less and this helps you lose weight.

It is also high in so-called established fat, which helps reduce cholesterol, diabetes and cardiovascular disease, and generally improves bone health. It also contains a lot of protein. One ounce (28 grams) of this food provides 17 grams of protein, which maintains the feeling of satiety and benefits the muscles. On the other hand, it has stearic acid, a saturated fatty acid that does not raise blood cholesterol levels, according to the website Meatinfo.co.

This food, which is eaten in many parts of the world – in Cuba almost all year round – is presumed to have been invented during the 1800s by the working-class communities of Savy in the West Midlands, or the Western Midlands, one of the 47 counties of England, UK, with its capital in Birmingham.

Like almost all fried and salted meat snacks, chicharrones are delicious. Recently, the company Muscle Food released chicharrones that are claimed to have the highest protein content of any chicharrones in the world. Their product is made from fried pork skin sprayed with salt and 70 percent of its nutritional content is protein, plus it has half the fat of pork rinds on the market.

Olympic gold medalist in taekwondo, Jade Jones, is known to like them a lot. And if an Olympic medalist consumes them regularly, it means they’re healthy. Also, according to Vice magazine and Milenio.com, most of the fat in pork rinds is mono and polyunsaturated.

St. George’s Hospital’s chief nutritionist, Cath Collins, confirmed that because what we eat is the collagen concentrated in the pig’s skin, pork rinds have an incredibly high protein content that maintains the feeling of satiety, benefits the muscles and improves bone health.

It turns out that lard [manteca de cerdo] is healthy
On the other hand, research conducted by Dr Michael Mosley and published by BBC News revealed that what we thought we knew about cooking oils was simply wrong. Most people believe that frying with vegetable oils has to be healthier than cooking with animal fat. The problem is that when fats and oils are heated they change, and in doing so produce chemicals that can cause heart disease or cancer.

Olive oil, for example, has a so-called lower smoke point, which means it will begin to change more quickly. The beneficial compounds then begin to degrade and potentially harmful compounds are formed. Sunflower oil, supposedly the healthier alternative, is much worse. Therefore, lard, so stigmatized in common use, is preferable to these oils in general, experts explain.

Nutritionist Mariana Rodríguez Pineda explains that the tendency to point to certain foods as being fattening — or not — is questionable. Any excess calories consumed in a day can cause us to gain weight, she says. There is no one food that, by itself, will make us gain or lose weight; what matters, after all, is the amount of energy you consume and the amount you spend, she says.

According to Rodríguez Pineda, the belief that chicharrones are not fattening comes from supporters of ketogenic diets, which are characterized by high amounts of protein and fat, and little or no carbohydrates.

Pork rinds, which are of animal origin, are permitted in this type of diet. For all these reasons, Rodriguez assures us that there is no better diet than a balanced one that includes carbohydrates, fats and proteins, since restricting one of the three nutrients can be harmful to health. 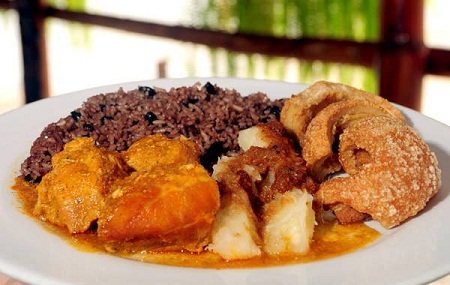