For young people, as for all of Cuba, 2019 has been a singular year, of many efforts, but also of surprising results that contribute to projecting new challenges for the immediate future 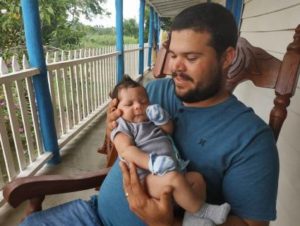 A child is the most beautiful thing you can have in life, says young farmer Hector Prieto Caraballo. Author: Zorileidys Pimentel Miranda Published: 28/12/2019 | 08:37 pm

The 2019 photo gallery is loaded with images that remind us of who we are and what paths we are on. We say “we are” in the present tense, because we understand that what we have experienced during the last 12 months has marked the national sentiment, the spirit and even the geography, in such a way that today, only hours before the arrival of 2020, it is very difficult to say “we were”, because much of what happened this year marks the paths or the roads that we must travel during the coming calendar year.

We must not forget that Cuba is the compilation of our daily poetry wrapped in kisses, sweat or tears, depending on its human beings and their circumstances. Cuba is the reality of each of our realities. Therefore, every achievement, every pending task, every goal – accomplished or to be accomplished – becomes the precedent for the next step.

A more than happy man 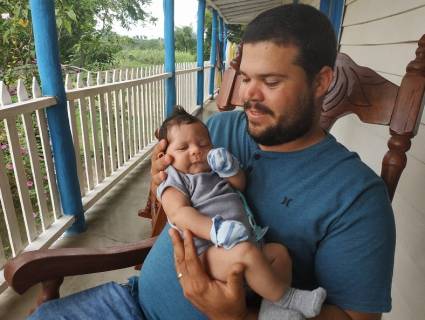 Héctor Prieto Caraballo knows this well. Only a month ago, he thought that the greatest happiness was limited to sunrise in the countryside, breathing pure air, working the land and enjoying its fruits.

That meant seeing his father, Héctor Luis Prieto, known as the Havana Man, happy, always glued to the ground to grow the leaves of what many call, not without justified chauvinism, the best tobacco in the world.

“Planting, picking tobacco, making bushes… everything is interesting, but planting is my favorite activity. Seeing that tiny stance grow gives me a very nice feeling because I can appreciate the results of my work,” explains Prieto Caraballo, a graduate of Técnico Medio en Agronomía.

But since last November 22nd, he knows that happiness is not only wrapped in green leaves, but it is also in the form of crying, gurgling, smiles, future. Happiness photography has a new and beloved face for the young man from Pinar del Rio.

“It is incredible the power that a smile of his has. A child is the most beautiful thing you can have in life,” he says proudly, adding, “I feel like a more than happy man. This is a year I will never forget: my first child, my family, the results in production. Everything has been very good for me.

Creativity in the face of obstacles
The same cannot be said of the promoters of restaurants in Havana, cocotaxi drivers or other means of transport dedicated to tourism, room renters and business owners who were affected in 2019 by the intensification of hostile measures by the United States government towards Cuba.

For them, this has been the year of economic cutbacks, of mutilated profits, of applying creativity as a solution to the ban on U.S. cruise ship travel to the Greater Antilles. This is how Raidel Regaiferos Sánchez feels -because he has lived it-. He has been working for more than a year as a promoter of the restaurant Habana Boulevard, in the capital city.

“When I started working here, the restaurant was full almost all the time, like the rest of this type in Old Havana. But when Trump decided to have the cruise ships say goodbye to the harbor in the bay, many of the promoters changed jobs, since the pay depends on the consumption by the diners who come to the restaurant.

Faced with such a complex panorama, which translates into less income for the development of the non-state sector. Though Trump says that every measure tries to [only] affect the Cuban government, Raidel and his colleagues have no other option but to appeal to creativity and the reformulation of commercial strategies in order to “fall in love” with clients and not close the deal.

“Since then, we’ve had to update prices and update the menu, as well as implement other alternatives when it comes to promoting the site, and adding national consumers”. He says who would be happy if 2020 would bring longed-for opportunities to prosper, without measures “from outside” that attempt to destabilize “inside.” 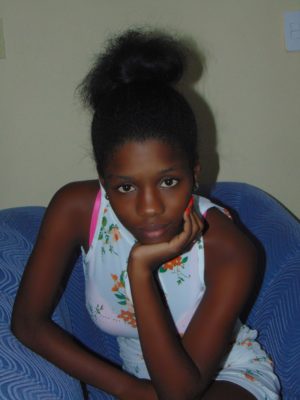 Martha Regla Beltran Boza believed that 2019 would be the worst year for her and her family. They’re known as “the Many” because it is a nucleus with 24 people from three generations, all born and raised on the slopes of Lenin Hill, in Regla.

On the night of January 27, Martha had gone out to the street because she wanted to eat peanuts, but something in the air disturbed her and she ran back to bed with her mother. Minutes later, the roofs of the tiny wooden house fell on them, and behind them a nearby Yagruma tree, uprooted by the strong winds of the tornado that destroyed several areas in five municipalities of the capital.

“Now the family was really out on the streets,” he thought. Fortunately, a neighbor provided his small home so that a part of “los Muchos” would be aware of the recovery of the property, taken up by the Julio Antonio Mella contingent, which in this case became practically the entire onstruction, from the foundations, of three two-story masonry houses.

“They made us up to the entrance corridor, which until then was made of earth,” she says with relief. Today, she is in the third year of a pre-university educational program and dreams of soon joining a primary school classroom to teach literature, which is her favorite subject.

The usefulness of virtue
In Santiago de Cuba, the young hands of José Ruberlandis Vázquez Enrys, Sayonara Destrade Castillo and Indira Jardines Durán bear the mark of the effort to be useful in the face of the challenges posed by difficulties. Their energy and enthusiasm have been decisive in promoting the idea of food production parks, a Santiago-based initiative that is already recognized in the country for reproducing the artisanal practices of traditional gastronomy on a large scale, with a minimum of electricity and zero diesel fuel. 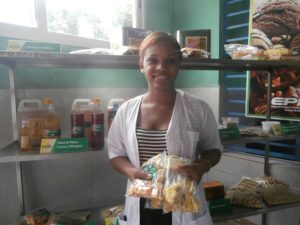 “The estate has allowed me to develop in the production of food for the people,” says Indira Jardines Durán. Photo: Odalis Riquenes Cutiño

The alternative came to life in March 2019, in areas of the Ice Cream Wafer Factory. It’s located on Patria Avenue. Saltine cookies of various types and 100% rice cookies, candies of various shapes and flavors, homemade mayonnaise, cakes and pancakes, cassava and cassava frying, peanut and coconut nougats, pru, vinegar, sweet and dry wine, liquors, fruit and hard chilled ice cream, cassava, raspberry, Cuban pasta, instant soda, breads and sweets with flour spreaders. These make up a varied amalgam of products that are highly appreciated by the consumers who receive them. This is both in an Ideal Market and in cafeterias and points of sale in the Santiago food industry. Ruberlandis, Sayonara and Indira feel the satisfaction of having dedicated these last months to producing food for their people, using natural fuel: coal, firewood, bagasse and coconut shells. For them, 2019 can be summed up in two words: to be useful. 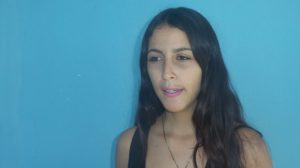 Massiel Cano Garcia says that 2019 was a year to show who today’s young people are. Photo: Laura Brunet Portela

“When the Young Communist League calls, when your university asks for a hand, when the president of the country himself trusts the young people and believes we can do more, then there is no one who is not motivated,” says Massiel Cano Garcia, a student in special education.

A pile of photos he has on his mobile phone show that 2019 was a very busy year: “It was full of proposals and opportunities to show who we are as young people today,” he says.

With his finger, he slides the snapshots of the productive activities that made his University one of the best: planting potatoes in the middle of a field, or giving away smiles at the pediatric hospital.

Massiel keeps memories of all those moments, to show that the energy of his youth is transmitted, transformed and produced. “Watching over the savings in the companies in my neighborhood was something I did to feel useful and help my country move forward,” he recalls.

“It wasn’t a question of reporting to anyone. We didn’t have plans or figures to accomplish in one day. It was just “making us feel”, making those who didn’t know how important it was to save aware of it. And she recalls that Prado went up and down in shops, bakeries, commercial establishments, companies and homes, inspiring people, winning hearts.

“The idea was to convince people that no matter how insignificant it might seem, a simple click also mattered,” says those who now dream of dedicating their lives to special education. “My greatest wish is to be a good teacher for children with special educational needs. 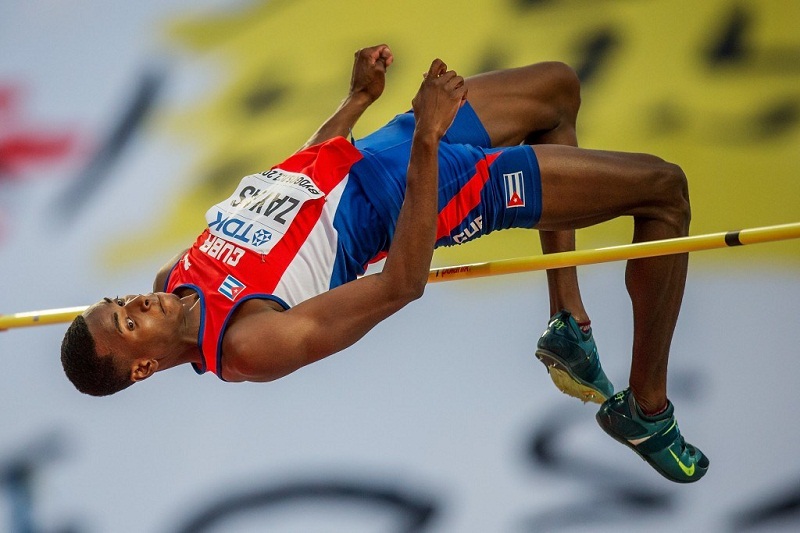 For Luis Enrique Zayas, who became a starter at the Pan American Games in Lima, this year has been a sort of Copernican turn in his life. Photo: IAAF

For someone like Luis Enrique Zayas, who several times has considered not giving another drop of sweat for the sport he practices, still young but with several fiascos. This year has been a kind of Copernican turn for his life. With hardly any possibility of participating in the Pan American Games in Lima, almost ten days before their start, he was informed of their presence. Forecasts placed him far from the podium, but in the Peruvian capital the triumphant apotheosis took place.

It was on August 9 when the high jumper shattered all the speculations and became the biggest surprise of the Cuban delegation in Lima. He invaded the summit with the best of his life, a jump of 2.30 meters, three centimeters higher than his previous personal best, achieved in 2016 when, breaking the same predictions, he became the world youth champion.

“I concentrated a lot on the whole competition and that’s how that gold medal came out, something super big for me, my family and Cuban athletics. In the meantime, I qualified for the World Athletics Championships in Doha”, said the athlete from Santiago, who has realised that life is a stage of constant tests and he, as a “good actor”, emerged as a protagonist more than once.

In 2020, looking ahead
Diverse in nuances, complex because of the ups and downs and the obstacles; full of successes and sacrifices… 2019 is falling behind. Once again we close a cycle, but we remain with the list of what we have accomplished or what is still pending, in order to focus our gaze on what we want to mark our life since January 1st, always with the conviction that we hum along with the Buena Fe group: we will receive it “head-on” in 2020.