Home Chernobyl in our memory

Chernobyl in our memory

Chernobyl in our memory

Fidel had conceived a medical care and rehabilitation program for those victims of radiation exposure from the accident nuclear plant. Almost all of them were Ukrainians, and some Russians and Belarusians. 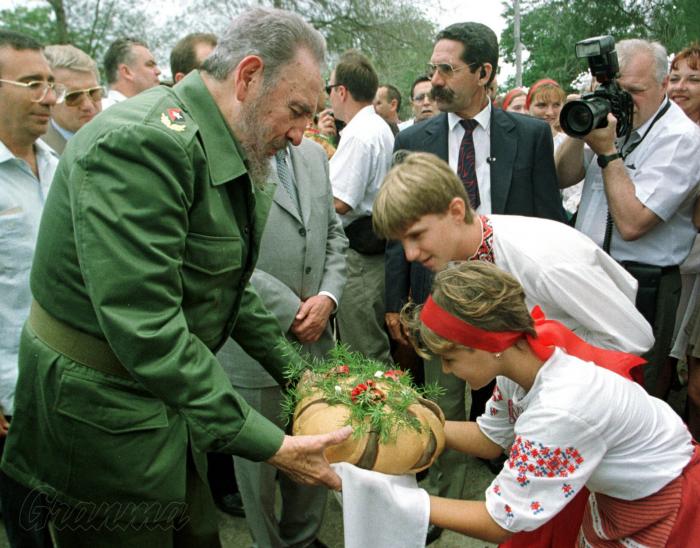 As a journalist, there were several occasions when I visited groups of Ukrainian children affected by the Chernobyl nuclear accident in Tarará, a beach east of Havana.

Fidel had conceived a program of medical care and rehabilitation for those victims of exposure to radiation from the accident nuclear plant. Almost all of them were Ukrainians, and some Russians and Belarusians.

I was also able to witness the admiration and gratitude to Fidel from the families of those children, whom the Commander-in-Chief visited on several occasions, after having received the first group on the steps of the plane that took them to our country. He signed his olive green cap and gave it as a gift to a Ukrainian girl, he inquired with doctors and directors about the whole program of attention to the minors, their most common pathologies and about their evolution during their stay on the island.

Thousands of Cubans were involved in the program, and more than 25,457 people, including 21,378 children, received specialized medical care.

Our country placed its health institutions at their service, and more than 300 children were treated for hematological diseases, mainly leukemia, 136 for different tumors, and 14 complex heart surgeries, two kidney transplants, six bone marrow transplants, among many other treatments, were performed.

Everything was done free of charge, as an expression of love and solidarity, attributes that contrast with those who today send thousands of tons of weapons to Ukraine, a country that has become hostage to the hegemonic policy of the u.s. and nato, to confront Russia.

On April 2, 2010, on the occasion of the 20th anniversary of the Program for the care of children affected by radiation from the Chernobyl nuclear power plant, in a ceremony in Havana, the former Ukrainian president, Leonid Kuchma, recognized Fidel as the greatest inspirer of a human work that meant the care of these Ukrainian minors.

He awarded distinctions to doctors, diplomats and collaborators who contributed to the successful achievement of that program, all in order to save the lives of children and young people, those who will forever carry in their hearts the indelible mark of the friendship between the peoples of Ukraine and Cuba.

Today, when that country is going through difficult times in a war provoked by the United States and NATO, we remember those moments of tears and joy of children who came with their families from that distant country, to whom Cuba gave part of what it had to save their lives.

We remember those Ukrainians at moments like today, and together with them, we ask for the war to end and for that country to join the international community without warlike aspirations and with a neutral character that should not change, no matter how much the promoters of hatred and confrontation, that is, the U.S. government and nato, want to take it down the wrong path, as a hostage of their expansionist policies.