Decree-Law 35 and All Cubans’ rights 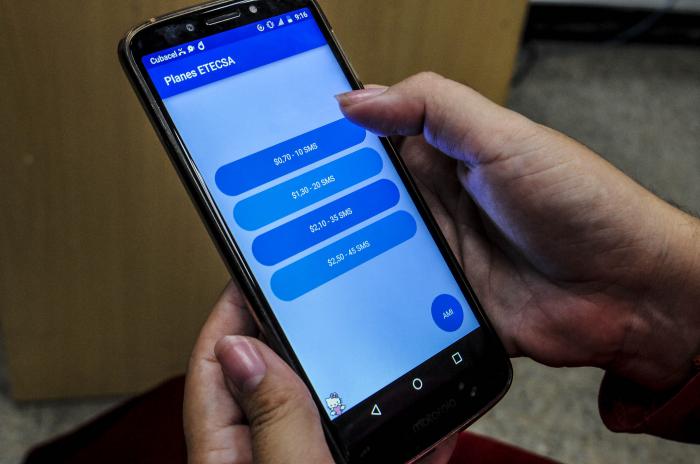 Our State has the necessary tools to preserve your security, as well as the inalienable and sovereign right to regulate telecommunications and information and communication technologies, which play a significant role in the political, economic and social development of our country. Information and communication technologies (ICT) constitute an already historical component of aggression with extreme doses of manipulation and hatred by the US Government against Cuba.

Radio was the first medium used against our nation. One of the most concrete examples was the airing, in 1960, of La Voz de América (VOA), the central organ in the media attack against the nascent Cuban Revolution. Less than a month later, Radio Swan, renamed Radio America by the CIA, swept through the ether after the defeat of the mercenary invasion of Playa Girón in April 1961 and the total discredit of the station. They followed in his sad footsteps in this dirty war Radio Martí (1985) and Televisión Martí (1990).

In the age of the internet, the White House has allocated millions of dollars in funds for subversion projects mounted on technology, and for which it created a Task Force destined to promote anti-Cuban leaders and strategies in cyberspace.

Our State has the necessary tools to preserve your security, as well as the inalienable and sovereign right to regulate telecommunications and information and communication technologies, which play a significant role in the political, economic and social development of our country. They constitute an effective means for the consolidation of the conquests of socialism and the well-being of the Cuban population.

This is precisely what the legal package whose approval was officially announced in April 2021 refers to. It was not born, as our enemies insist on making believe, in response to the riots of last month.

But it has been Decree-Law 35 On telecommunications, information and communication technologies and the use of the radioelectric spectrum, out of all the rules contained in the Ordinary Official Gazette No. 92 of August 17, 2021, which it has generated more reactions… and misrepresentations.

WHY WAS DECREE-LAW 35 NECESSARY?

The first of the general objectives of this Decree-Law is to contribute to making the use of telecommunications services an instrument for the defense of the Revolution, which is not to the liking of the historical enemies of our country.

But it also seeks to promote the use of ICTs for development, to strengthen sovereignty in the use of the radioelectric spectrum; and ensure citizen access to telecommunications services and constitutional rights; in particular the principle of equality, privacy and secrecy in communications.

In ten titles and 129 articles, Decree-Law 35 also addresses how to guarantee an efficient use of the limited resources of telecommunications / ICT; how to integrate research, development and innovation in the sector for the evolution of networks, equipment, devices, appliances and services; as well as how to preserve the development of human capital associated with the activity.

A look at this legal norm allows us to highlight some elements of great value for citizens. In Title I, which addresses the object, general objectives, scope and institutional framework, in Chapter 2, it is specified that the State Council or the National Defense Council, as the case may be, provides for the implementation of special national or regional, for the management of the radioelectric spectrum in case of exceptional situations, such as military maneuvers, situations of radio-electronic espionage of the enemy, and other circumstances related to national security and defense, as well as internal order.

Title II, which is the object of the greatest number of attacks, also includes the rights of telecommunications users, operators and providers, among which is to access all public services under conditions of equality and affordability and to receive them with quality and efficient, equitable and non-discriminatory treatment.

It is, in addition, to receive the guarantee in the services provided, have free and priority access to emergency services, access to truthful, sufficient and timely information on goods and services provided by operators and suppliers, as well as of its prices or rates, billing and its facilities, and obtain the due compensation for the interruption of the service that is contracted.

In accordance with the legislation, citizens must receive timely information on the effects on the service, they have the right to use terminal equipment other than those offered; and to make requests, complaints, claims … and that they are duly attended to and answered.

Title III, Chapter 1, highlights that private telecommunications services are only provided to third parties with the authorization of the Ministry of Communications; and that public services in this area have priority over private ones.

In the case of amateur radio services, it explains that they are governed by the regulatory provisions established for them, and the specific frequencies that are authorized are used, through a general permit.

In its content, Title V, on the Universal Telecommunications Service, it is clear that the State must preserve and progressively guarantee compliance with the obligations of the Universal Telecommunications/ICT Service with respect to the fixed and mobile telephone service; internet access; sound and television broadcasting; access to public telephones; to free emergency and distress calls; and the application of preferential rates for people with special needs.

Likewise, through Title VI, focused on human capital and science, technology, research, development and innovation activities in the telecommunications / ICT sector, the ministries and other organizations are encouraged to establish actions to encourage access to the resources that allow adequate education, training and professional improvement.