The Seven Plagues of Cuba

Letter to a Cousin or, the Seven Plagues of Cuba

By René González Sehwerert. Hero of the Republic of Cuba. One of the five young revolutionaries who infiltrated terrorist groups that from the cradle of the anti-Cuban mafia, Miami, organize with impunity their criminal attacks against Cuban territory. He was sentenced to 15 years in prison. His cause enjoyed enormous international solidarity. He returned to Cuba in 2013. 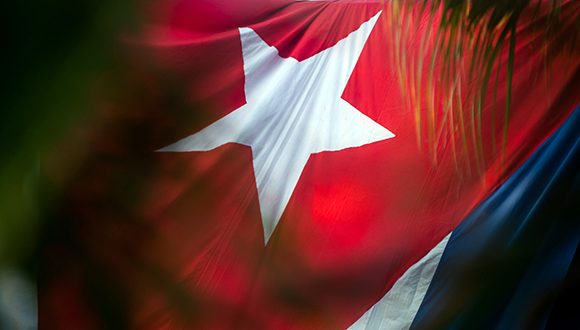 I am not going to deny to you that there is a clamor from many people -among whom I find myself- demanding solutions. Much less will I justify that someone lives like Carmelina while so many people sacrifice. The problem is that this is the norm all over the planet and nobody seems to care. It is enough for a people to make a revolution to overcome it and they are immediately hit by three plagues.

1- They beat it up, strangle it and attack it so that it cannot solve anything it set out to do.

2- They blame the government that has tried to do so for the shortcomings imposed by the strangler who assaults him.

I would like to read what Fernando Perez wrote. Maybe I have points of agreement with him, who is a person we all here -including the authorities- respect. It is obvious that we have to change many things. But has it not been a perversity to try to suffocate us for 62 years so that we change according to the convenience of those who imposed worse conditions on our parents, and today are imposing worse conditions today around the world? Is it not time to join the world clamor against this blockade that has been suffocating us for too long now, and whose only purpose is to make us surrender out of hunger and despair?

In the end, the dilemma boils down to this: Those who surrender and those who do not. I cannot judge the surrenderers.

Obviously, we have to defend ourselves from those who, in their surrender, also become our victimizers. Many victims have become victimizers throughout history. For example, the crimes of Zionism against Palestine. I am not aware whether or not there were police excesses during the riots that took place in the past days. It is likely that there were.

A peaceful, secure country, fighting calmly against all demons, was suddenly overwhelmed by a violence that is alien to it, imposed by interests that are also alien to it. You tell me that those young people, dressed in uniforms and shields, bats, helmets, etc, whom you describe as teenagers, waiting with a baton to stop the march -or the brown shirts?- break your soul.

I can understand you, but I can’t help wondering: What would they have made you believe if they were giants, with the same clothing and a baton, ready to break the souls of the demonstrators, as happens every day all over the planet? What would CNN in Spanish, or ABC, or El Comercio have told you? Ah, because the three plagues that you believe in are the three plagues that you believe in? Because, in addition to the three plagues I mentioned before, there is a fourth one: this assaulted, assaulted people, under a stranglehold that has tightened on a pandemic that has already tightened on the entire planet, is not even allowed to make a mistake.

Let’s take a look at the cost to the Cuban people of the upsurge of neo-fascism in the last four or five years:

-The brutal assault on the income of Cuba’s medical programs in Brazil, Ecuador and Bolivia, denying us several billions in income and denying the elementary right to life to millions of Latin Americans, without anyone seeming to notice.

– The application of Title III of the Helms-Burton Act, substantially reducing the country’s possibilities of doing business with the rest of the world.

-The bestial aggression against the Cuban family, by breaking their right to send remittances, before the silence of those who claim to clamor for the human rights of Cubans.

– More than 200 measures against the economy and finances of the country, announced publicly before the indifference of the defenders of human rights in Cuba, by the president of the United States of America.

All this was before the arrival of a fifth plague: COVID-19, and its devastating impact on the main economic sector of the island: tourism. But a sixth plague remains: to take advantage of the COVID to tighten the siege, to hinder or prevent the entry of medical supplies.

Do you dare to calculate the impact on the Cuban people, both in terms of billions and human suffering? But when it seems that we already have enough, that we could not bear another blow, the peak of the pandemic infestation occurs and from among those who have been applauding each one of those strangulation measures, displaying unheard-of cynicism and hypocrisy, a perfidious blow to the heart of none other than the people who have faced the COVID in an exemplary manner under aggression: The perverse label of SOSCuba.

And over that people now hangs the seventh plague: a “humanitarian corridor”, at the hand of the most devastating and aggressive war machine in history. Don’t Yugoslavia, Afghanistan, Iraq, Syria ring a bell? It is against this backdrop, meticulously and perversely built for years around the Cuban people, that suddenly the trumpets sound, calling for the slitting of throats, now through the social networks and the increasingly perverted means of incommunication. Cousin coñoñooo! Only that the wall of Nicolás Guillén is not that of Jericho.

The revolutionaries have indeed taken to the streets, but not to “confront the masses”. They are the masses. After the attempted coup -which is what it was, an attempt- they have come out with flags, with hymns and with ideas.

With those ideas we will have to look for solutions, self-criticize where necessary, listen to each other, attend better to the clamors of the people, broaden the spaces for participation, be more inclusive, break the inertia, attract and not exclude, build a more effective and less formal democracy. Because the society we want to build is not conceived to coexist with such levels of violence. That, cousin, we leave it to those who attack us, strangle us, attack us and then, when we have to defend ourselves, they criticize us. Come on, cousin.