A difficult, but not invincible rival, appears in our geography. It needs to be defeated, in the purest sports jargon, with a KO. 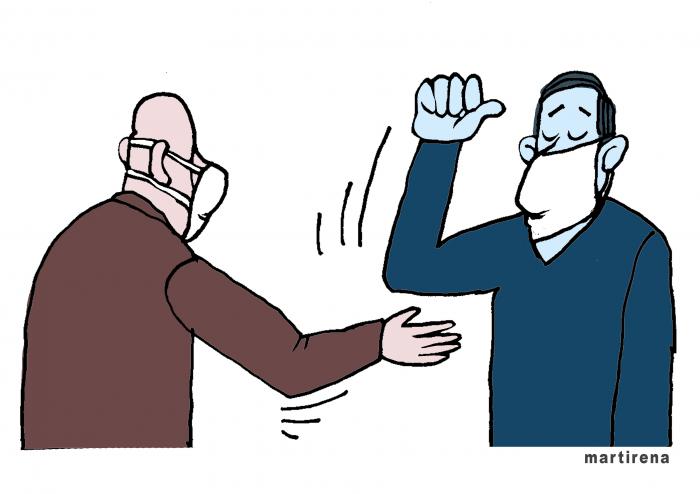 A difficult, but not invincible, opponent appears in our geography and needs to be defeated, in the purest sporting jargon, with a KO. Victory will not be rewarded with a gold medal, but with the most brilliant prize: life. For this, we have the best Cuban team: the national health system and our families.

The game will be tense, long and with constant strategies, at the height of the best game of chess, basketball or baseball. The Cuban people and all its institutions will fight for the ultimate victory.

The rapid spread of the new coronavirus, which causes Covid-19 disease, has set off alarm bells all over the world. A total of 171 countries, among them 41 Latin American and Caribbean peoples, are being threatened by this pandemic. However, Cuba has the necessary conditions for its prevention.

The measures taken by the country’s leadership and the national health system are intended to avoid any vulnerability that could undermine the well-being and quality of life of every Cuban. In this effort, the Committees for the Defense of the Revolution are holding health meetings throughout the country to help raise the perception of risk of this disease.

In the People’s Council of San Francisco de Paula, in the capital city of San Miguel del Padrón, one of these debates was held on the causes and consequences of the new coronavirus, its forms of propagation and the actions that should be taken to reduce the possibilities of infection.

“The objective of this meeting is to keep the population prepared. I insist on hygiene precautions for each person: washing hands with soap and water or alcoholic solutions; also cleaning surfaces with this type of product. Primary care, where the actions begin, is ready and trained to deal with this phenomenon. In the polyclinics and clinics, all the personnel are working to keep the information on the subject up to date,” Luelsis Hernández, director of health in the municipality, told the residents of the popular council.

Sandra Layón, coordinator of Zone 55, expressed her concern, specifically with the population of San Francisco, because she believes it may be vulnerable. “There is talk that the fundamental basis for containing the infection is the doctors’ offices, but I think that the work of the doctors and nurses in our territory should be intensified, in the field, which is the main scenario for detecting cases.

On that point, Hernandez Torres said that although there are 20 doctor’s offices in that community, and each one has doctor and nurse coverage, he agreed with the call to defeat this disease.

Risk perception and prevention are key against the coronavirus. Although the work of health specialists is essential in preventing phenomena like this, the will and responsibility of each one is equally important.

Nurse Maria Hernandez called for responsibility and discipline in the investigations that are currently being carried out in the area,, This is one way in which the primary health care network can rule out or identify any case of infection by the virus.

Idania Bastida, a pharmaceutical worker, agreed with her and called on all the inhabitants of the popular council to be able to maintain the hygiene of the community with the resources they have.

“It is important not to form gatherings on street corners, especially now that we have several collectors. We must also respect the schedules for dumping that waste. We know that there are places where trucks cannot gain access due to the geographical characteristics of our town, but that is why the collectors were installed on the corners,” said the ceding company.

Adis Aba Escalona, an official of the Federation of Cuban Women, took advantage of the occasion to inform the residents that the creative women in the municipality are working on making nasobucos, as a protective measure.

“For that reason, we are calling on everyone who knows how to sew to join in this work and complete as many as possible, not only in San Miguel del Padrón, but also in the entire capital and, if possible, in the country.

Jan Carlos Serabay warned of the need for young people, as a sector that can be vulnerable due to the low perception of risk, to contribute individually and collectively, not only to avoid infection in their age group, but also to transmit information from social networks, so that Cuban society becomes informed and aware.

On the other hand, Dr. Dairis Escobar recalled that, unlike other peoples, our country has the possibility of taking effective measures. “We take measures so that every Cuban becomes a protagonist and communicator of hygiene actions and discipline from the workplace and the home; for that we do not need greater material resources, only the perception of risk and the willingness of each person to take care of themselves and others.

The health system is doing its job, from the preparation of each worker in the sector, doctors, nurses, cleaning staff, laboratory workers, etc., to the conditioning of rooms in hospitals, to wait for admissions with everything ready,” he added.