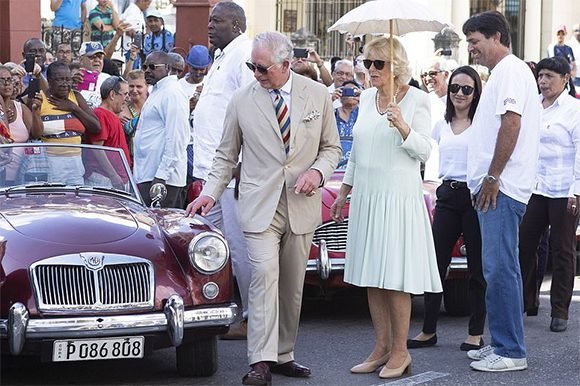 Prince Charles of England and his wife the Duchess of Cornwall on their visit to Havana in 2019. Photo: REX.

Prince Charles of England has tested positive for coronavirus, sources at Clarence House, his residence, confirmed.

The 71-year-old Prince of Wales “has shown some mild symptoms but otherwise remains in good health and has been working from home in recent days,” a spokesman for the British Royal House said.

His wife, Camilla Parker Bowles, Duchess of Cornwall, has also been tested for COVID-19, but she tested negative, the text added.

Sources at Clarence House said Charles and Camilla are currently in isolation at the royal residence of Balmoral in Scotland, adding that it was not possible to determine who infected the prince with the virus.

“It is not possible to determine from whom the prince contracted the virus due to the many commitments he made in his public role over the past few weeks,” the official statement from the Royal House said.

Buckingham Palace, the official residence of Queen Elizabeth II, said the monarch last saw her son on March 12 and that “he is in good health.

The prince’s last public engagement was that same day, and he has been working from home ever since, according to official sources.

However, the Press Association news agency says the prince has had several private meetings with different people, who have already been informed.

According to the latest figures from the British Department of Health, there are currently more than 8,000 confirmed cases of coronavirus in the UK, but the number of cases is likely to be higher.

2 years ago CubaDebate, Translationsvirus0
The Law and the VirusWinning First Place Through Prevention