Home Why is May Day observed?

Why is May Day observed?

Why is May Day observed? 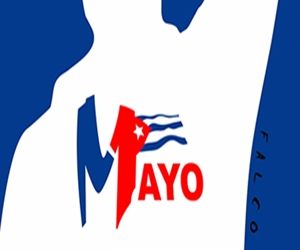 On May 1, 1890 thousands of Havana workers of Havana observed their its day for the first time.

The origin of what later became a world labor festival was at the International Socialist Congress held in Paris in 1889. There it was agreed to turn the first day of May into a tribute to the workers.

It all began three years earlier, when police fury erupted against a workers’ demonstration in Chicago, United States. As a result of these facts, after an unfair and rigged trial, eight workers were convicted. Three of them to long prison sentences and the other five to be hanged. From that moment the world knew them as the Chicago Martyrs.

In this city of the state of Illinois, on the shore of Great Lake Michigan, despite the enormous riches it amassed, the living conditions of the workers and their families were extremely desperate.

Police arrested eight of the marchers, protesting the subhuman situation in which they worked and lived. There were wounded and dead. Of those accused and brought to trial, four were finally taken to the gallows: Adolf Fischer, George Engel, Auguste Spies, three journalists of German origin; And Albert Parsons, an American, a Civil War veteran and former US presidential candidate.

Oscar Neebe, born in Philadelphia of German parents and a seller of yeast, was sentenced to 15 years in prison, while Louis Lingg, a German carpenter, the day before the sentence was carried out, committed suicide in his cell.

To Michael Schwab, a typographer, and to Samuel Fielden, Methodist pastor and textile worker, of English origin, the night before the sentence was passed, his sentence was commuted to life imprisonment.

Our Apostle José Martí witnessed an exception and dedicated a constant follow-up to these events that shook the world, while denouncing the crime. He covered them as correspondent of several Latin American newspapers, among them the Nation, of Buenos Aires. Let us see some excerpts of his, after the sentence had been carried out:

Mr. Director of the Nation:

(…) This republic, because of its excessive worship of wealth, has fallen … in the inequality, injustice and violence of the monarchist countries … Three hundred prisoners in one day! The whole country is frightened, the prisons full … The whole press, from San Francisco to New York, distorting the process, paints the … condemned as harmful beasts … “.

In the newspaper La Nación, January 1, 1888, Marti described the hanging of the condemned: “(…) A signal, a noise, the trap yields, the four bodies fall at once in the air, circling and colliding. Parsons has died as he falls, he spins hastily, and ceases to move. Fischer sways, tries to remove the noose from his neck, stretches and shrugs his legs, dies. Engel wiggles in his floating saucer, he raises and lowers his chest like the swell, and drowns: Spies, in dancer dance, hangs spinning like a sack of grimaces, hunches, leans sideways, occurs on the forehead with his knees, raises one leg, extends both, shakes arms, drum: and finally expires, rotates the back of his head, nodding to the spectators.

In his article, the Teacher opined: “These are not abominable felons, thirsting for disorder, blood and violence, but men who wanted peace, had hearts full of tenderness, loved by all who knew them and saw the power and the glory of their lives (…) their dream, a new world without misery and without slavery: their pain, that of believing that selfishness will never yield to peace and justice: O cross of Nazareth, that in these corpses It has been called a scaffold! (…) ‘.

Quoting Martí a German publication that alluded to the crime: “… And the Arbeiter Zeitung of the night said:” … We have lost a battle, unhappy friends, but we will see at last the world rearranged according to justice: let us be shrewd Like serpents, and harmless as doves! “

From protest to proletarian party

During the first half of the twentieth century, the Cuban trade union movement kept the workers’ banners high. Every celebration to date has served as a protest against the situation on the island, which suffered from the outrages of corrupt governments and sell-outs.

For example, in 1930, together with the strike of March 20 and the student demonstration on September 30, the workers’ mobilization was part of the beginning of the final stage of the struggle against Machados’s tyranny.

But it is not until the revolutionary triumph that the workers have before them sufficient reason to celebrate and to pay homage to the martyrs of that massacre that shook the world proletariat andwas so well described by Martí.

That is why in 1959 two major May Day celebrations were held: one in Havana and the other in Santiago de Cuba. The Commander-in-Chief was then visiting Argentina to participate in the Economic Conference of 21.

On that day, in what was then Havana’s Civic Square, the popular militias, made up of workers and peasants, paraded for the first time. The conclusion of the act in the capital was led by Commander Raul Castro Ruz, who presided over it. The one of Santiago de Cuba was headed by Commander Ernesto Che Guevara.

Since then, every year the Cuban people, throughout the country, have observed this date as a true workers’ festival, to the rhythm of songs and hymns like The International , performed  by dissimilar proletarian voices around the world.

It has invariably been a day of reassertion of support for the Revolution and its leaders, and of repudiation of imperialist hostility.

(With information from Juventud Rebelde )