The Wasp Network Stings in Miami

The Wasp Network Stings in Miami

By Rosa Miriam Elizalde
Cuban journalist. First Vice President of UPEC and Vice President of FELAP. She has a PhD in Communication Sciences and is the author or co-author of the books “Antes de que se me Olvidar”, “Jineteros en La Habana”, “Clic Internet” and “Chávez Nuestro”, among others. She has received the “Juan Gualberto Gómez” National Journalism Award on several occasions. Founder of Cubadebate and its Editor-in-Chief until January 2017. She is a columnist for La Jornada in Mexico.
On twitter: @elizalderosa
July 9, 2020 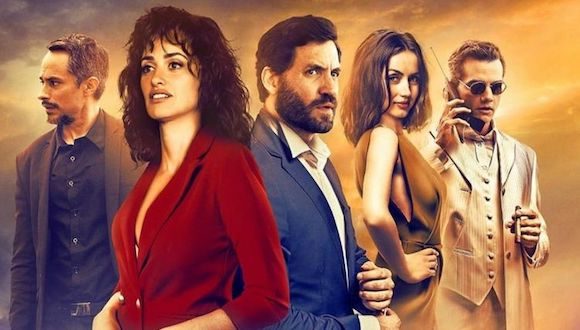 Since Netflix decided to release The Wasp Network on June 19 and reached the captive audience through Covid, the film has become a media success for unconventional reasons.

In Florida, they have threatened to burn down movie theaters if the film is ever shown, and signatures are being collected to force Netflix to withdraw the film, not understanding that the download site is not a television channel. People have the option of watching it or going on, although the scandal must have boosted the rating of a film that had passed through the Venice Film Festival without any sorrow or glory, despite a celebrity cast headed by Penélope Cruz.

But in Miami right now the theme of the film has become a sort of anti-communist conga with the local media dancing the cool step of attacking the French director, Olivier Assayas. They’re accusing him of making pro-Cuba propaganda. The great detail is that The Wasp Network narrates real events that have been documented by the United States authorities themselves, in a trial that is considered the longest in the history of that country’s jurisprudence and in which three generals, an admiral, a former presidential advisor and self-confessed terrorists, who appear on screen as what they are, testified.

The plot of The Wasp Network began in Havana in the early 1990s. René González (Edgar Ramírez in the film), a flight instructor at a military airbase, steals a plane and flees Cuba. He begins a new life in Miami, away from Olguita, his wife (played by Penelope Cruz) and their young daughter. Other Cuban “deserters” soon follow him and set up a network to infiltrate organizations based in that city, responsible for attacks on the island, including a hotel bombing campaign that killed an Italian tourist. Instead of capturing and prosecuting the terrorists, responsible for atrocious crimes, the U.S. government locks up and subjects Cuban agents to blackmail and punishment.

It’s the story of what happened in its pure state, naked in the opinions or interpretations of the screenwriter and director; an intolerable truth for one of the real characters in the film, José Basulto. He presented himself in those years as a good Samaritan, savior of rafters in the Florida Straits, but he supported his excursions with drug trafficking, cheerfully violated Cuban airspace and financed shootings against bathers on the beaches.

Paradoxically, the evidence of his crimes was not provided by the Cuban Ministry of the Interior, but by the FBI, which was aware of everything that was going on, as the film shows. Now Basulto shouted against Netflix and shook his fist in front of the cameras: “I more than agree with Trump that the relationship and agreements with Cuba should be terminated.

There’s a story that seems merely anecdotal of events that occurred over 20 years ago, but it’s current if you look at it correctly. Genuine people like José Basulto or Luis Posada Carriles, who organized the bombing of hotels in Havana and the sabotage of a civil airplane in which 73 passengers and crew members died, are not marginal in American society today.

The Cuban from the island who saw The Wasp Network at the Havana Film Festival last December knows that the hatred that inspired the Mayan attacks in the 1990s permeates today the speeches of President Donald Trump and conquers other radicals who swarm the Facebook forums and YouTube channels linked to white supremacists. Moreover, George W. Bush unleashed his war on terrorism from others while protecting his terrorist friends at home, and now Trump courts Florida’s arsonists and is evasive in condemning the right-wing extremists who have left a trail of death during his administration from Charlottesville to Minneapolis to El Paso.

A study by the U.S. Extremist Crime Database indicates that 74% of the terrorist attacks that occurred on U.S. soil after September 11, 2001, through 2016, were the work of the extreme right. Since Trump became president in 2017, most attacks against defenseless civilians have been carried out by supremacists. The profile of the aggressor does not vary much: a white man, inspired by other violent acts and speeches, and with easy access to assault weapons. He is the archetype of José Basulto, who benefited as the current right-wing extremists from the American law, which only allows the designation of foreign groups or attackers as terrorists.

Virtues and shortcomings of performance apart, The Wasp Network is unusual and courageous. It focuses on explaining what was hidden for decades and still does not want to be looked at head-on: why Cuban agents were sent to the United States. This is the heart of the story that has set the networks on fire, that tries to censor on Netflix and that has the right-wing making common cause against the Spanish vice president, Pablo Iglesias. He accompanied the film’s Twitter feed with three words of unsurpassed precision: “Seen it. Heroes. Great Movie.”

2 years ago CubaDebateCuban Five, terrorism0
The Wasp NetworkTen Tips for Dealing with Confinement