Violence against women is much more than physical or sexual 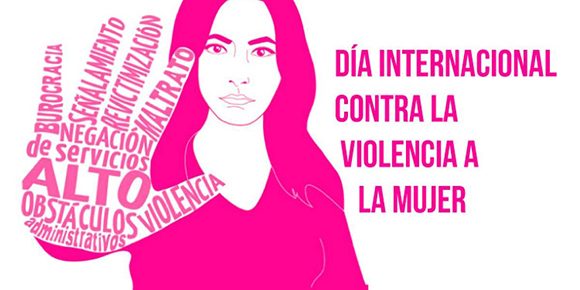 The world commemorates this November 25 International Day for the Elimination of Violence against Women, even though one in three women on the planet suffers physical or sexual violence.

However, the term “Violence Against Women” coined by the UN in 1993, encompasses many types of attacks beyond physical, sexual or psychological, and also has to do with any threatening act, whether it occurs in life public as in private.

Many women in the world suffer from labor and political violence as an inalienable part of gender inequality and lack of equal rights for women and girls.

Among the highest rates of gender violence worldwide are found in the Pacific region, the Middle East and Africa, where although physical or sexual rape has a higher incidence, the female population is unprotected in terms of economic empowerment, political leadership and inclusion.

According to the United Nations Annual Report 2017-2018, women remain trapped in a network of inequalities that place them in the worst part of unpaid care, social protection and insecurity.

Gender disparities also intersect with gaps in education, income and access to services, as well as ethnicity, sexual orientation and geographic location.

In addition, women and girls are particularly vulnerable in education, which prevents them from achieving universal schooling and having more employment opportunities.

Harassment, discrimination at work and psychological aggressiveness also affect them as victims, because women are exposed to strenuous work schedules, low earnings, difficult conditions and an increased risk of violence.

UN Women data shows that one in 10 women in the European Union declares that they have suffered cyber-bullying since the age of 15. This includes unwanted, sexually explicit and offensive emails or SMS [text] messages, or inappropriate and offensive attempts in the social networks, which are positioned as the main means through which this psychological violence is exercised.

Meanwhile, a study conducted in 27 universities in the United States revealed that 23 percent of university students are victims of sexual assault or sexual misconduct.

For its part, Africa is one of the most restrictive continents in terms of women’s rights and it is estimated that millions of them have been subjected to female genital mutilation.

In addition, it leads the ranking as the region with the least safe abortions in the world, followed by Oceania and Latin America, which takes thousands of lives each year.

It is believed that only one in four abortions is carried out in safe conditions.

UN Women implements an aid plan in several countries to close these gender gaps and create counseling centers for survivors of violence.

In addition, some governments develop economic empowerment plans to counter violence against women, such as in Japan, which, for example, approved paternity leave to allow the professional development of mothers.

However, all action continues to seem useless when, UN data confirms that 71 percent of victims of trafficking worldwide are women and girls, and one in two women in 2017 was killed by their sentimental partner or a member of their family.