Home The Siege of Túpac Katari

The Siege of Túpac Katari

The Siege of Túpac Katari

On November 15, 238 years had passed since the dismemberment of the Bolivian indigenous leader. Along with thousands of his followers, he surrounded the city of Nuestra Señora de la Paz [today’s La Paz] for several months creating chaos and  sowing panic among the Spaniards who lived in the small city 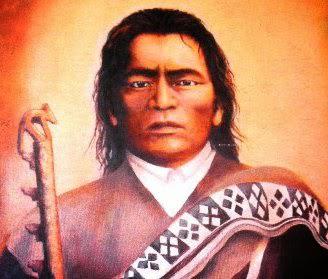 Portrait made by Gastón Ugalde and located in the Legislative Palace, in La Paz. Photo: Taken from the Internet

November 15, marked 238 years since the dismemberment of the Bolivian indigenous leader Túpac Katari. Together with thousands of his followers, he surrounded the city of La Paz for several months, creating chaos and sowing panic among the Spaniards and their descendants who inhabited In the small town.

Before dying, Katari formulated this prophecy: “I will die but I will return and be millions.” The historic phrase was rescued by Aymara leader Evo Morales when he assumed the presidency of Bolivia in 2006, and his government began to work for the demands for the rights of the original peoples.

Katari’s real name was Julian Apaza Nina. He was born in 1750 in the Aymara community of Ayo Ayo, province of Sica Sica, near La Paz, the son of a miner who died in the mines of Potosí. This indigenous leader led one of the most important rebellions against Spanish colonialism in Upper Peru, along with his wife, the heroine Bartolina Sisa and her younger sister Gregoria Apaza. 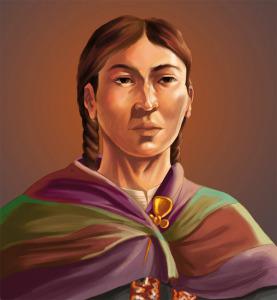 Legend has it that when Julian was born in 1750, two huge condors settled in the nearby mountains. One represented the Aymara and the other, the Quechua. Thus they learned that this child would be very important for the two native communities. That’s what happened. 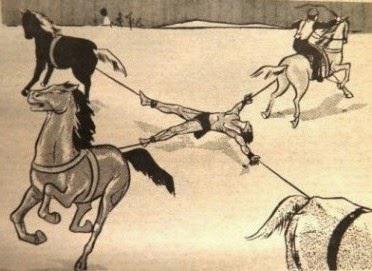 The young Julian adopted the pseudonym of Túpac Katari in tribute to the indigenous leaders Túpac Amaro II and Tomás Katari, to fight against Spanish domination, organizing the indigenous and mestizos for the great rebellion he was preparing.

An army of more than 40,000 indigenous people from different regions such as Calamarca, Caracato, Sapahaqui, Laja and Viacha, led by Tupac Katari, twice surrounded the city of La Paz in 1781. Their seige lasted for one hundred and nine days, causing serious damage to the Spanish forces. This was mainly due to lack of supplies, however, troops sent in aid from Argentina prevented the fall of the city.

Katari was betrayed, imprisoned and sentenced to be executed through dismemberment, which took place on November 15, 1781, in the small town of Peñas, two hours from El Alto.

He was made to walk around the main square, his tongue was cut, he was quartered by stretching his limbs by four horses. They pierced his head over the tip of a pillory to intimidate the rebels. And as if that were not enough, parts of his body were exposed in different regions.

But his example led to other uprisings that achieved the expulsion of the conquerors of Bolivian land. And the fence was sculpted forever as the indigenous epic that bent the Spanish conquerors for a few months.

Now in Bolivia, a reissue of that siege is taking place. Representatives of social organizations of the city of El Alto, and the federations of coca leaf producers of El Chapare, decided to encircle La Paz. They demanded that the murders of the peasants and the mobilized people cease; human rights violations cease and the legitimate government and not the coup be restored.

In a tweet from Mexico, President Evo Morales recalled the Bolivian indigenous leader: «Spanish imperialism thought that by tearing up Tupac Katari 238 years ago, it would cut off the strength of the people to break the chains of colonialism. Today, more than ever, the fight continues. Before the repression of the racist coup, we repeat the sentence: I will return and be millions!,” he wrote.

2 years ago GranmaBolivia0
Saint Lazarus Day in CubaViolence Against Women