A Liberating Vote, Against All Odds

This Sunday’s presidential elections in Venezuela are being held under a rarely seen siege, and will once again test the foresight and courage of those who oppose foreign intervention.
Posted: Saturday 19th May 2018 | 08:51:34 PM 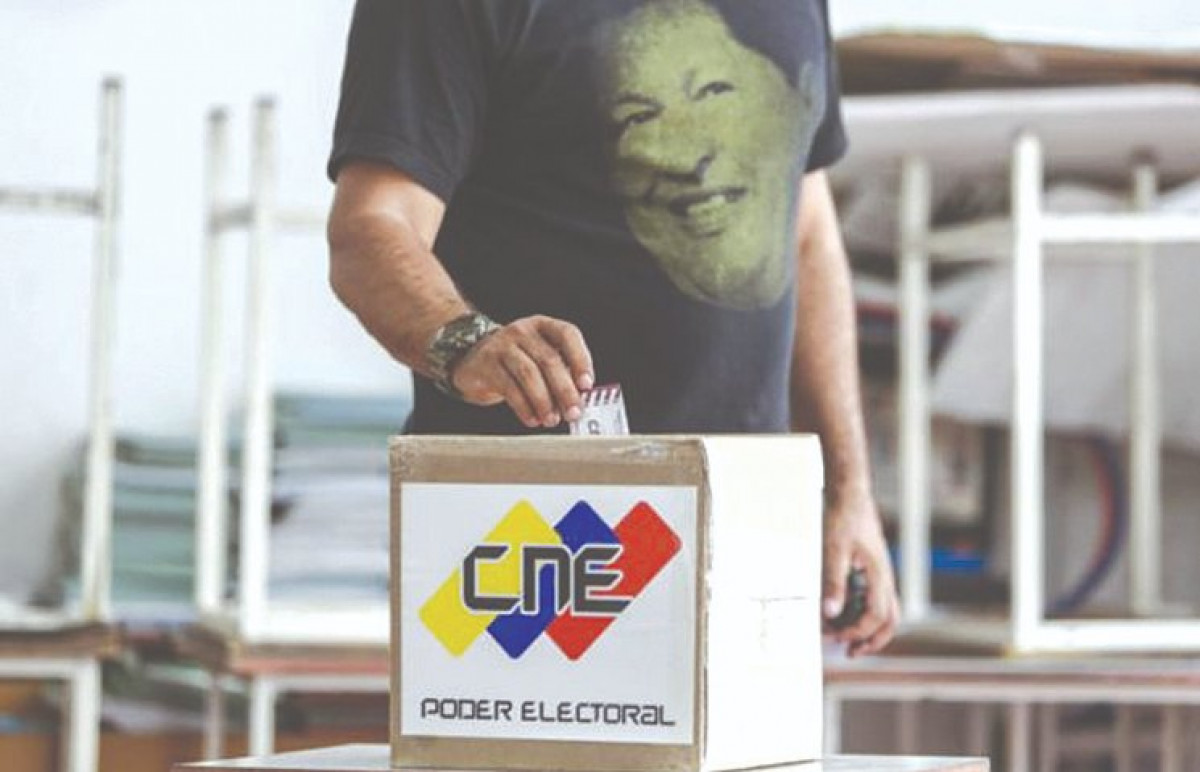 NOT in vain Nicolás Maduro, a candidate of the Bolivarian forces who seeks re-election, has said that the main task of another term will be in the economy.

This Sunday’s elections in Venezuela are taking place under a foreign siege rarely seen, largely responsible for the narrow economic and financial situation, while the lack of supplies, rising prices and emigration are being manipulated to blame the Bolivarian executive for a crisis that it has not created, but that other war.

In addition to the U.S. sanctions, which have been preventing transactions with the main Venezuelan company – PDVSA – since August. There has been pressure from a European Union that is questioning the presidential elections along with more than a dozen Latin American nations, which are also following a political strategy forged in Washington: to ignore and illegitimize the elections, the only way which the Bolivarians can peacefully defeat the conspiracy against their political, economic and social system.

And the age-old U.S. gamble to justify armed aggression has been defeated, so far. Thus, the falcons also have their sights set on the elections.

At the international level, their appetites found a fence in the countries of the Caribbean and the members of ALBA which, within the framework of the OAS, have prevented the completion of the interventionist stratagem based on the allegation of a “lack of democracy” in Venezuela.

That speech was later accompanied by questioning of the calling of these presidential elections, under the argument – equally invalid and interfering – that they were premature. After using the issue to attack Latin American and Caribbean unity with the formation of the anti-Venezuelan Lima Group, ago the OAS three weeks ago still called for an extraordinary meeting of its executive council to implement new measures of punishment against Caracas.

Of course, such a position used as a breeding ground the most twisted right-wing opposition within the Mesa de la Unidad Democrática (MUD). Their leader, Julio Borges, served the diners a snack on a plate with the frustration of the dialogue he had with the government in the Dominican Republic at a time when, as he said, the agreements were ready.

It could not be surprising that these U.S. acolyte parties, after the lists of candidates for the presidency came out, were absent. It was the only way they had of calling the electoral tournament illegitimate. Now they now accuse it of being fraudulent, since three opposition candidates (Henry Falcón, from Avanzada Progresista-AP, Movimiento al Socialismo-MAS and the Partido Socialcristiano-Copei; Reinaldo Quijada, from Unidad Política Popular 89-UPP89; and Javier Bertucci, independent) inflicted a defeat on them when they registered [to participate] in the electoral battle against Maduro.

But their reluctance to nominate candidates could also have another cause: the division of positions in the face of some elections that some of the MUD parties rejected and others wanted to embrace, which is why they could not be able to run with a single candidate either.

Meanwhile, the imperial desire for intervention encountered decisive obstacles, from Venezuela’s borders inwards. These included in the lucidity and courage of the more than eight million citizens who, in July 2017, came to vote for the Constituent Assembly and in whom, later, they gave a large majority to the candidates of “Chavismo” during the gubernatorial elections, and in that of mayors.

They stopped the Manichean discourse of imperialism and those who join it, about the alleged political isolation of Nicolas Maduro within the country. What “dictatorship” was that?

It is that same long light that must be present today to that part of the electorate that wants peace and stability, but also a better life for Venezuela.

To understand it in the midst of so much media harassment and daily narrowness will be as compelling a test of consciousness as the vote for the Constituent Assembly was.

If it then threatened a violence that the Bolivarians had the courage to stoically endure, so as not to create chaos and offer a stepping stone to intervention, the scenario today, amidst economic scarcity and the financial crisis, is equally overwhelming.

Community social programs such as the Local Councils for Supply and Production (Clap) have been the government’s alternative for alleviating the lack or increase in the price of basic food products, at the mercy of right-wing entrepreneurs.

Meanwhile, in the external area, Caracas was seeking respite with a new currency: the Petro, whose digital character allows it to carry out the necessary transactions and circumvent the banks supervised by the powerful OFAC (U.S. Office of Foreign Assets Control).

However, this has not been enough to stop an aggression that will only be satisfied with the overthrow of the Bolivarian Revolution. Until 15 days ago, US Vice President Mike Pence called on the countries of the region to “sanction” Nicolas Maduro.

Hence the necessary role of the masses, and the importance of these elections. No “dictation” of foreign powers can have more force and more weight than the vote of the people. Don’t those who attack claim to defend democracy?

However, the political elites of the hemispheric right and the State Department will try to disregard any outome that may be the result of the Bolivarian victory.

It will be necessary to see how the nations captured by the White House in its campaign react if the vote in favor of Maduro and the Revolution were as profuse as the polls showed.

Attendance at the polls will also be crucial to certify the popular support of these elections. The last call of the most reactionary in the divided and almost non-existent MUD has been to abstain, while the Bolivarian forces said they aspired, in principle, for ten million votes; a figure, in fact, high, taking into account that the historical level of the Bolivarian forces in elections is just over eight million votes.

Of course, the electoral roll has increased since Bolivarian leader Hugo Chávez obtained 8.1 million votes in 2012 against right-wing Henrique Capriles Radonski. In those historic elections, just over 18 million Venezuelans were eligible to vote. Today, more than 20 million people are registered. Only they can attest to their democracy.

Against all odds, the presidential elections are being held this Sunday to assert national sovereignty and, like so many other times in that country, morer than its future will be decided.

Ultimately, achieving the defeat of the Bolivarian Revolution is the “turning point” that right-wing hemispheric forces are seeking to achieve. They aim to ensure, as in the “golden times” of Francis Fukuyama, that the end of history has come and that in Latin America the “backwards march” has taken place… Even if once again it is the wrong prediction.

More than 200 personalities from institutions and different countries around the world are part of the Accompanying Mission that will testify to this Sunday’s elections.

Today, the members of the legislative councils of the various states and municipalities are also elected and nominated by various political organizations at the national and territorial levels.

This is the 24th election in Venezuela in the last 18 years. 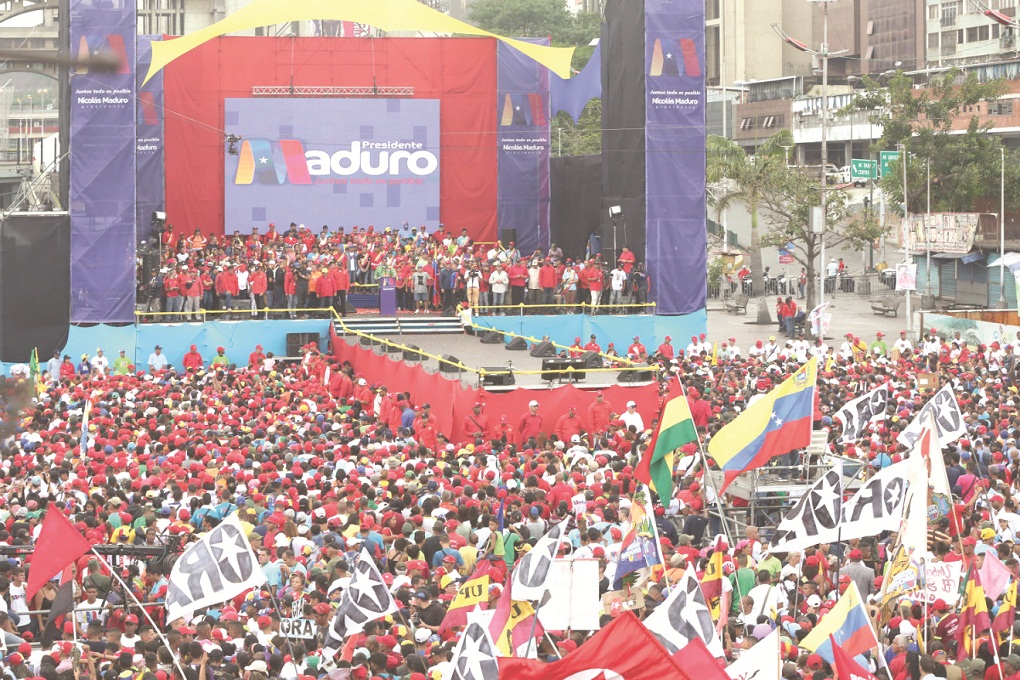 Maduro’s massive closing of the campaign showed the united strength of the Revolution. Photo: News front

4 years ago Juventud RebeldeVenezuela31
Cuba Will Make an Exhaustive Follow-UpHow to Regain Trust?